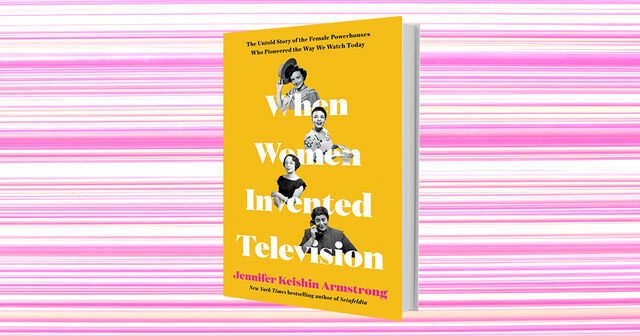 With the release of When Women Invented Television, author Jennifer Keishin Armstrong adds another important book to her growing library of pop cultural criticism. Here, she shares the compelling stories of four trendsetters from the earliest days of the small screen, using each woman’s career to explore the ways she affected the television we watch today. Armstrong centers her diligent research on Gertrude Berg, one of the first sitcom stars and writers whose hit comedy about a Jewish matriarch was a blueprint for Roseanne; Irna Phillips, whose soap opera scripts centered around the lives of strong female characters; The Golden Girls’ Betty White, who was the first daytime talk show host and wrote her own material; and Trinidad-born-Harlem-raised piano prodigy Hazel Scott, the first Black woman to host her own musical show. This is an exciting book—ambitious women shaping the birth of an industry, FTW! But it’s also enraging, like when Armstrong reveals that today, even with hundreds of scripts in production, only about 25 percent of TV creators are women—only about 1 percent higher than the figure was in 1950. –Brandy Barber

When Women Invented Television: The Untold Story of the Female Powerhouses Who Pioneered the Way We Watch Today
By Jennifer Keishin Armstrong
(HarperCollins)