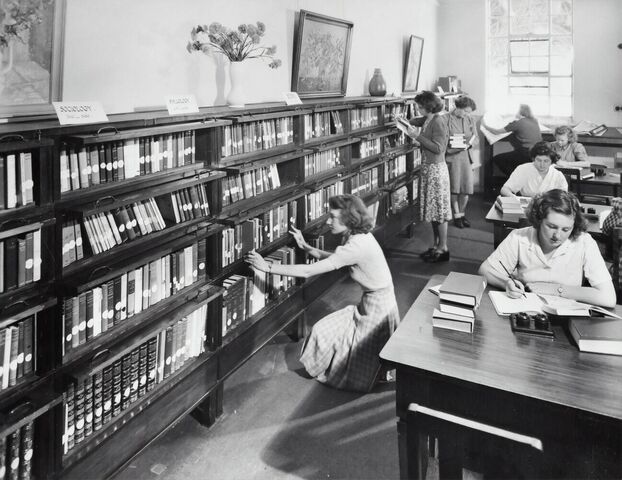 We all know women’s history should be showcased and celebrated for more than 31 days a year. But each March, Women’s History Month pushes us to dig a little deeper into the history of the women who have shaped our past and our present, and created ripple effects that will likely shape our future. Since last year’s Women’s History Month, we’ve seen many inspiring women create world-shifting change. Stacey Abrams’ encouraging work with Georgia voters turned the state blue. Dolly Parton contributed to funding the Moderna COVID-19 vaccine, and later “got a dose of her own medicine” and dropped a vaccine-inspired “Jolene” remix. Kamala Harris was elected the first woman, and the first Black and South Asian, Vice President of the United States. And, of course, countless women in white coats have helped and healed patients as doctors and nurses through the global pandemic. In honor of these women and others, we’ve rounded up a list of reads that celebrate medical pioneers, wartime heroes, superheroes, “spinsters,” and beyond. 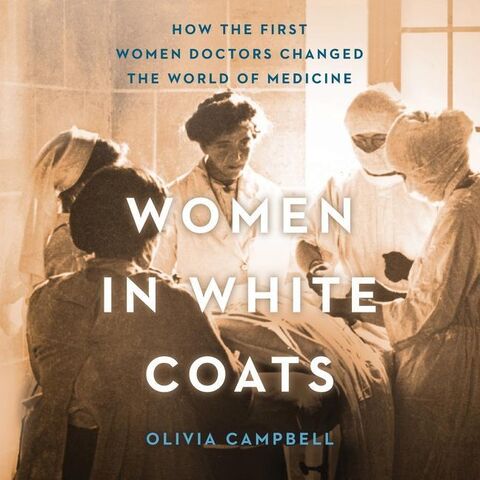 1. Women in White Coats: How the First Women Doctors Changed the World of Medicine by Olivia Campbell (2021)

Olivia Campbell's Women in White Coats offers a detailed history of three pioneering women—Elizabeth Blackwell, Elizabeth Garrett-Anderson, and Sophia Jex-Blake—who paved the way for women in the medical field. The book was released on March 2, and it could not be more timely: not only is its arrival just in time for Women's History Month, but it also pays respect to the integral role women have played—and continue to play—in modern medicine. 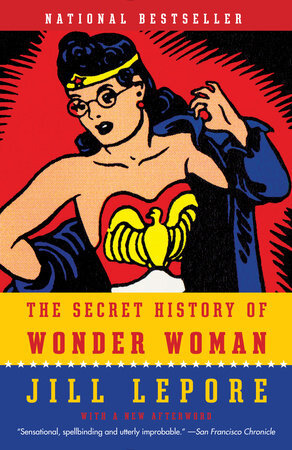 Jill Lepore’s The Secret History of Wonder Woman is focused more on the achievements and salacious escapades (polygraphs and polygamy!) of the man behind Wonder Woman, William Moulton Marston, than the superhero herself.  But the book, like Marston’s life, is defined by strong women: his aunt organized group sex parties as part of “the cult of female sexual power”; the love of his life, Olive Byrne, was the niece of birth control activist Margaret Sanger; and he was introduced to the woman’s suffrage movement by his “revolutionary” first wife. And in 1939, he told The Washington Post that women “will clearly come to rule business and the nation and the world.” 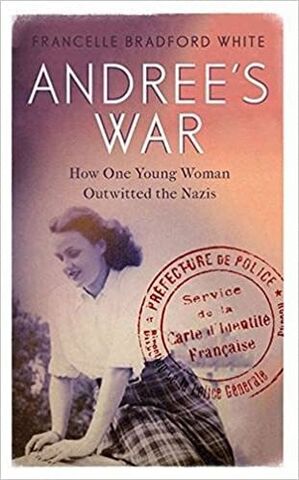 In Andrée’s War, Francelle Bradford White tells the story of her mother, Andrée Griotteray. Griotteray was a 19-year-old girl who loved fashion and fun when she found herself living in an occupied Paris during World War II. Instead of standing by while her city was taken over, she became an underground intelligence courier in the resistance movement, printing underground newspapers at her job at Paris’ police headquarters. She was later awarded four medals by the French government for her bravery. 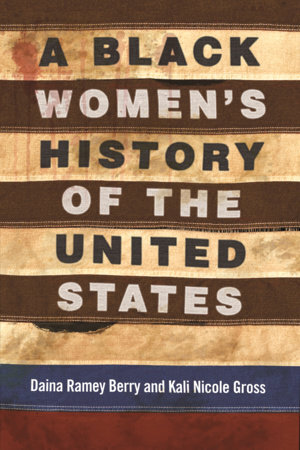 4. A Black Women's History of the United States by Daina Ramey Berry and Kali Nicole Gross (2020)

The NAACP is set to host the 52nd Image Awards this month, and Daina Ramey Berry and Kali Nicole Gross’ 2020 book, A Black Women’s History of the United States, is nominated for Outstanding Literary Work - Nonfiction. The book spans the full timeline of Black women in America, from the slaves and freedwomen who were among the first to arrive on U.S. soil to the powerful artists, activists, and queer women of today. The full symphony of these voices creates a more complete movement of Black women than the shrunken one taught in many U.S. schools. 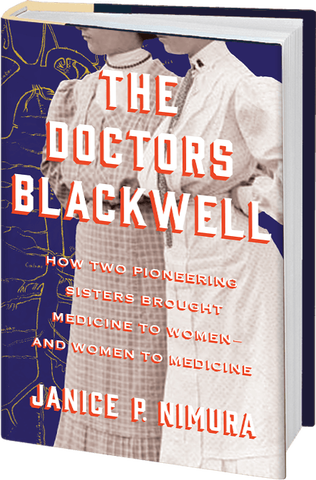 5. The Doctors Blackwell: How Two Pioneering Sisters Brought Medicine to Women and Women to Medicine by Janice P. Nimura (2021)

In antebellum America, when the idea of a woman studying medicine was either laughed or shuddered off, Elizabeth Blackwell became the first woman in America to receive an M.D.—an achievement that was later echoed by her sister, Emily. Together, the sisters ] opened the first entirely woman-staffed hospital. Janice P. Nimura tells this story in The Doctors Blackwell, a story that is as timely as ever given how essential women are in medicine today. 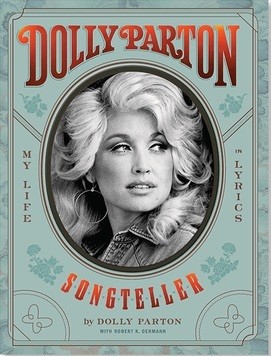 Dolly Parton has made plenty of historic contributions to the world, including her $1 million donation to COVID-19 vaccine research; her highly successful literacy nonprofit, The Imagination Library; and majorly boosting the economy in her native Smoky Mountains area by opening Dollywood and hiring locals. Still, Parton remains celebrated for her songwriting above all. Songteller offers a glimpse into the inspirations and motivations behind Parton’s beloved songs, as well as her lesser-known ones. 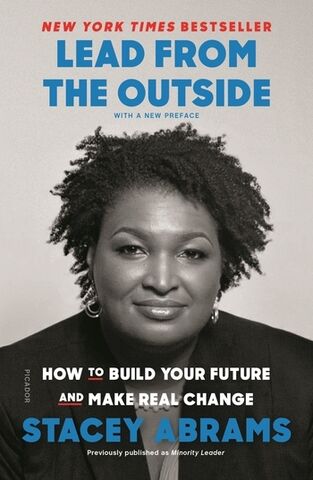 7. Lead From the Outside: How to Build Your Future and Make Real Change by Stacey Abrams (2018)

Stacey Abrams’ Lead From the Outside is marketed as “the handbook for outsiders.” It dives into the barriers to leadership that have historically been placed in the way of marginalized groups, including women, people of color, and millennials. While the book was originally published in 2018, her insights hold even more power now that they have led to momentous results with not just one voter, not just one election, but the political leanings of an entire state. 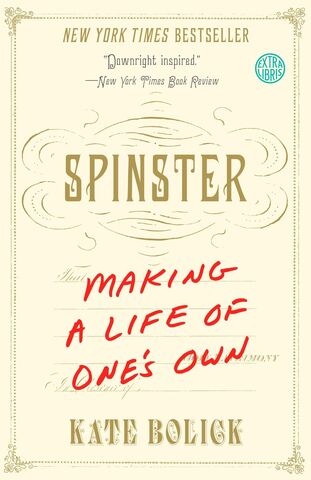 A 2011 article in The Atlantic grew into Kate Bolick’s 2015 book Spinster: Making a Life of One’s Own. The book addresses the centuries-old concern with who and when women marry—not with a middle finger, but with a spirit of curiosity. Part memoir, part social commentary and cultural criticism, Spinster dives into Bolick’s decision to remain unmarried, and the women who came before who empowered her in that choice. The book is not so much an anti-marriage manifesto as it is an exploration of living a life on one’s own terms. 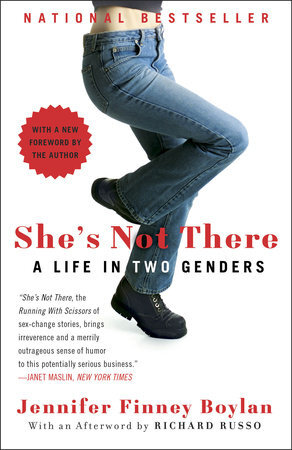 Nearly two decades after the release of her best-selling memoir She’s Not There: A Life in Two Genders, Jennifer Finney Boylan remains a central figure to transgender representation in pop culture. She has been a cast member on I Am Cait, an advisor for Transparent, a contributor to The New York Times, and an all-around spokeswoman for the LGBT community. She’s Not There is a funny, fresh, and frank account of her later-in-life gender transition as she navigates relationships with her wife, her conservative mother, and most of all, herself. 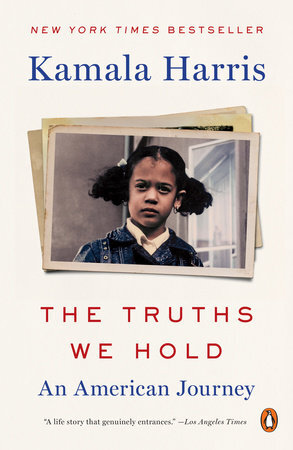 Vice President Kamala Harris’ memoir, The Truths We Hold, came out in 2019, before she was elected or sworn into her current role. Even so, the memoir remains as relevant as ever as the Biden-Harris administration gets rolling. It offers insights into the ideas and events that have shaped Harris’ life and political career, which will also shape her approach to the vice presidency in the years to come.

Honorable mentions: The Underground Girls of Kabul by Jenny Nordberg. Nickel and Dimed: On (Not) Getting by in America by Barbara Ehrenreich. The Slow Moon Climbs: The Science, History, and Meaning of Menopause by Susan P. Mattern. Hood Feminism: Notes from the Women That a Movement Forgot by Mikki Kendall. HRC: State Secrets and the Rebirth of Hillary Clinton by Amie Parnes and Jonathan Allen.

Tags: Stacey Abrams , Women's History Month , Kamala Harris , Dolly Parton
Support Feminist Media!
During these troubling political times, independent feminist media is more vital than ever. If our bold, uncensored reporting on women’s issues is important to you, please consider making a donation of $5, $25, $50, or whatever you can afford, to protect and sustain BUST.com.
Thanks so much—we can’t spell BUST without U.