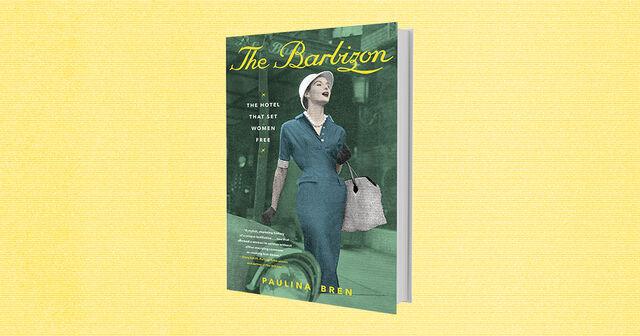 In her new book The Barbizon, historian Paulina Bren takes readers deep into the world of New York’s most famous women-only residential hotel. From its opening in 1928 through its eventual conversion to a more standard hotel in 1981, the Barbizon hosted countless icons, including Grace Kelly, Joan Didion, Phylicia Rashad, and Sylvia Plath. (Plath famously chronicled her time as a resident in The Bell Jar.) While Bren’s book is packed with juicy midcentury gossip, it’s also full of lesser-known characters who light up the pages. There’s Oscar Beck, the doorman who fends off would-be suitors, and Carolyn Schaffner, a model who catches her big break at an automat before serving as a bridesmaid in Kelly’s royal wedding.

The Barbizon really comes alive in its depictions of what happened to residents outside the hotel, from Mademoiselle magazine’s guest editor program (which hosted Didion and Plath) to Eileen Ford’s trailblazing modeling agency to the Depression-era secretarial schools that offered single women ways to make their own incomes. It all serves as a potent reminder of how important a little space can be in the quest for freedom. –Eliza Thompson

The Barbizon: The Hotel That Set Women Free
By Paulina Bren
(Simon & Schuster)

Look Inside The Barbizon Hotel For Women, Where Sylvia Plath And Joan Didion Lived

The Persistence To Wear Pants: How Katharine Hepburn Commanded Independence With Fashion