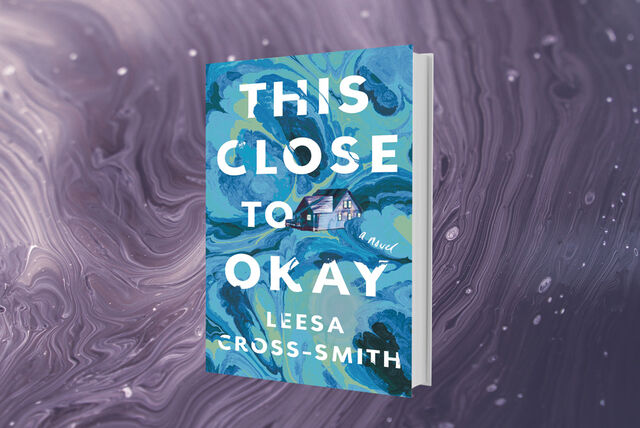 Few things are as cliché as a character standing on the edge of a bridge, contemplating suicide, in the pouring rain, before being rescued at the last moment. But these scenes play out effortlessly in the opening chapters of This Close to Okay by Leesa CrossSmith. The narrative bounces between the voices of Tallie and Emmett (our “we’re not in love” duo), which is a fun way to tell the tale of two secret-keeping soon-to-be lovers. Without wasting any time, Tallie convinces Emmett to get a coffee instead of killing himself. Then suddenly, they’re falling in love, keeping and revealing secrets, and planning extremely under-whelming costumes for the most extravagant Halloween party ever. When the plot turns inward to Emmett’s life before Tallie’s intervention, things gets a bit out of hand.

This novel is a wild ride from start to finish. From secret identities to life-or-death consequences, This Close to Okay takes turns readers won’t see coming. Although it dabbles and sometimes drowns in clichés and outright caricatures, Cross-Smith skillfully weaves a story that you can’t put down. Grab your chunkiest knit sweater and dive into this comfy and convoluted mystery. –Brianne Kane

This Close to Okay
By Leesa Cross-Smith
(Grand Central Publishing)

Embodying The Whiplash Of Black Womanhood With Kenya Hunt In Her Offbeat Book: Girl Gurl Grrrl