Kristin Hannah Gives Steinbeck A Run For His Money With Her Latest Novel, "The Four Winds" 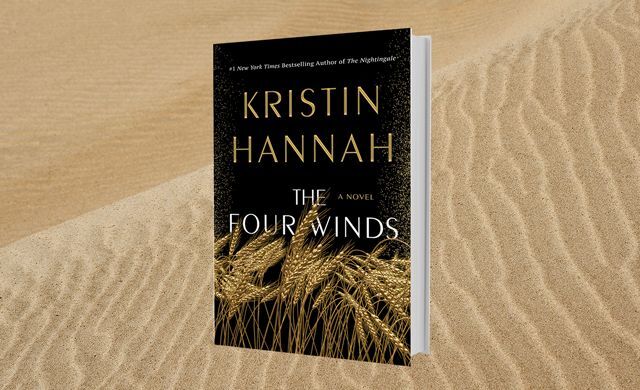 If you’ve ever yearned for a healthy dose of feminism in your high school English class unit on The Grapes of Wrath, consider your wishes granted. Kristin Hannah’s new novel, The Four Winds, reads like a feminist rewriting of history, calling out the sexism inherent in our stories of the Great Depression and the Dustbowl. “It was always about the men,” the prologue proclaims. Well, not in this book.

Hannah is doggedly attentive to her female characters, punching up the text with great one-liners as her feminists fight back against those who tell them they’re weak. The novel follows Elsa Martinelli, a woman riddled with self-doubt derived from an abusive family and a flighty husband, as she takes her children west to California in search of a better future. Interwoven with Elsa’s narrative is the perspective of her fiery daughter Loreda, whose adolescent rage slowly burns into a quest for justice. Battling poverty, ecological disaster, sexism, and sometimes each other, Elsa and Loreda endeavor to find strength in the face of struggle. Like a dust storm itself, the novel is fast, full of action, and it will leave you reeling in its emotional wake. –Riley Mayes

"Loner" Is A Fun, Deadpan Take On Trying To Grow Up When You Still Feel Like A Child