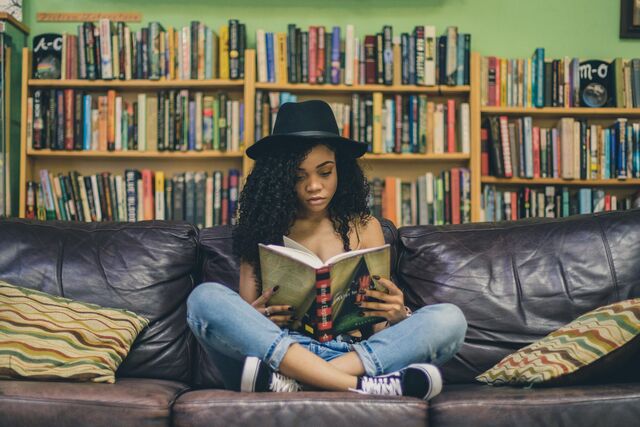 Everyone I know (myself included) wishes they were a bigger reader. With the world a complete mess right now, in every sense of the word, it’s truly challenging to fight off distractions for long enough to get through a whole novel. So, let’s get back into the swing of things by starting small with some fantastic short stories that encourage a complex, diverse view of the world.

Oftentimes, short stories get the short end of the reading stick. They aren't exactly what publishers would consider market-friendly, and first-time writers are seldom able to publish their own collections. These seven pieces might just convert you, though. Dip your toes into short story reading with these bite-sized literary journeys written by these accomplished writers.

Honestly, where would the science fiction genre be without class consciousness? “Folding Beijing” is, while technically, a novella, still short enough to be read in one sitting. If you’re into both futuristic sci-fi and timely social commentary, this is the story for you. Not to mention, it won the 2016 Hugo Award.

A story told from the focal point of a man who doesn’t seem to quite grasp who his wife is independent of himself doesn’t exactly scream “Feminism!” at first glance. Perhaps his inability to understand her is the entire point — a woman is truly a wild thing in “Mrs. Fox.”

Although this story is a sequel to one of Chopin’s earlier pieces (“At the ‘Cadian Ball”), it surpasses its predecessor in every way that matters. If you’re more of a fan of proto-feminist classical literature, this should definitely be on your list.

4. “The Ones Who Walk Away From Omelas” by Ursula K. Le Guin

This story is what some might call a classic. It can’t really be categorized as sci-fi in and of itself, though Le Guin is a canon author within the genre. Still, it’s short and sweet, as well as highly, highly relevant to the days we’re currently living in.

Aha! You thought you could get through this article without being recommended a story from The New Yorker! Sorry, but it had to happen. I would be remiss to ignore this newly published short story by Andrea Lee, which is almost reminiscent of Romeo and Juliet. Read it, if only for Lee’s astounding eye for setting and appreciation for unruly young women.

6. “Down the Market” by Selma Dabbagh

This story is the definition of an impressive narrative voice, told in first person and immediately compelling. This piece analyzes the conflict between Israel and Palestine through a teenager’s eyes, in a remarkably coherent way, and with a fixated gaze.

Tags: literature , books , short stories , classics , science fiction , scifi , literary fiction , political fiction , women writers
Support Feminist Media!
During these troubling political times, independent feminist media is more vital than ever. If our bold, uncensored reporting on women’s issues is important to you, please consider making a donation of $5, $25, $50, or whatever you can afford, to protect and sustain BUST.com.
Thanks so much—we can’t spell BUST without U.