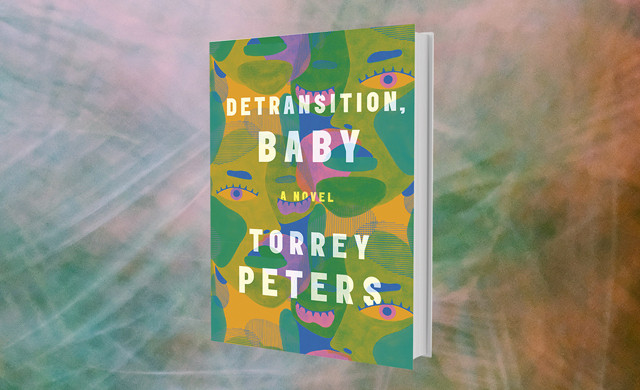 Reese, a whip-smart 30-something trans woman living in Brooklyn, wasn’t always so disillusioned. At one point, she lived in a beautiful apartment right by Prospect Park
with her girlfriend, Amy—also a trans woman—and dreamed of motherhood. But ever since a traumatic incident compelled Amy to detransition and torpedoed their relationship, Reese has been trapped in a cycle of relationships with narcissistic (and married) men. Her world is thrown for a loop when her ex—now named Ames—comes back into her life with a shocking announcement: Katrina—the woman he’s been sleeping with, who knows nothing about Ames’ past—is pregnant. Reese still wants a baby. Katrina, a cis, heterosexual businesswoman, has some hang-ups about motherhood. And as for Ames? His anxieties and desires are complicated, but he knows he wants to be viewed as a parent, not a father. And with Reese in the picture, maybe he can be.

Author Torrey Peters explores family dynamics, queer parenting, gender, relationships, and womanhood in this debut novel brimming with humor, warmth, and complexity. Detransition, Baby is a rare book in which the story and writing are equally compelling. But what will stick with readers most are these three flawed, lovable, and deeply one-of-a-kind characters.