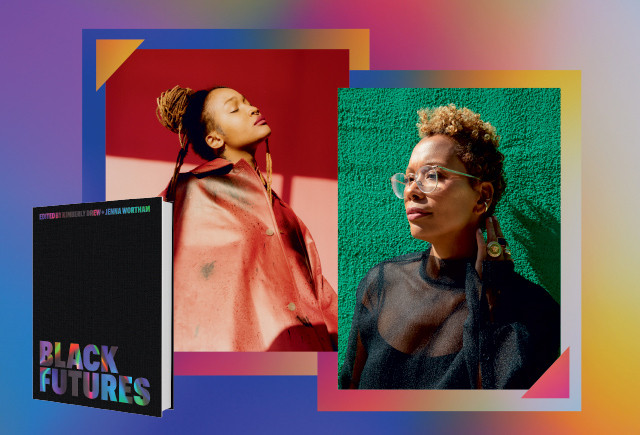 Now more than ever, the world needs cultural projects that nourish the Black soul. Born out of this deep craving, author and art curator Kimberly Drew and her friend and collaborator Jenna Wortham—staff writer for The New York Times Magazine and co-host of the podcast Still Processing—have created a stunning new visual anthology, Black Futures, out December 1. The book is a compendium of images, photos, essays, memes, dialogues, recipes, tweets, poetry, and more, collected from over 100 contributors over the course of five years that attempts to answer the intriguing question, What does it mean to be Black and alive right now?

“We really tried to wrap our arms around as much subject matter as we could” Drew says of the collection that features a portrait by Nigerian American painter Toyin Ojih Odutola, screen shots from video game designer Momo Pixel, photography by South African LGBTQIA activist Zanele Muholi, and many other works. “I think that there’s this notion that joy is easier to comprehend than pain. [But] there’s just so much that happens in one Black life,” Drew continues. “In our collective moments [we find] what it means to be Black. And isn’t it amazing?” 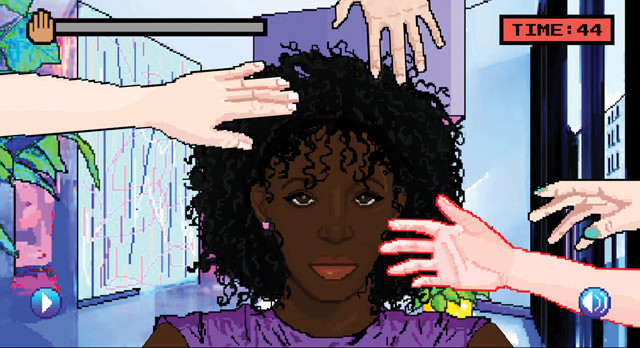 The project started five years ago as a conversation via Twitter (where Blackness both thrives and is constantly emulated), and slowly became a plan between Drew and Wortham. They wanted to create a snapshot of Black life today, so that future generations could see and feel what it was really like.“The book deadline shifted around a lot because we were trying to make it as complete as possible,” Wortham says. “But I also think there’s no book or project that can contain or corral Blackness. It’s just infinite, and always expanding.”

Yet, through multiple lunches, emails, and DMs, what the pair managed to bring together is something that ripples with authenticity while tapping into the raw, cathartic power of art. From the pieces exploring the decolonizing of Black minds to the inclusion of “Aunt Yvonne’s Coconut Sweetbread Recipe,” the artistic influences of the editors shine through, and create global links across cultures. “There’s a photo from Lagos [Nigeria] of a table set for a party,” Wortham says, describing one image she especially loves from the book. “And it’s just, like, sodas and drinks and food in foil. The familiarity of that table—it’s a small thing, but it just made me feel this unexpected connection.”

It is in this way that Black Futures serves as a love letter to communities of color around the world—a tribute to both our resilience and our ability to create in the darkest hours.

“We really wanted to provide an offering,” Drew says, summing up the experience of curating the collection. “That’s what this is, first and foremost, in all of its complexity.” –Princess Weekes