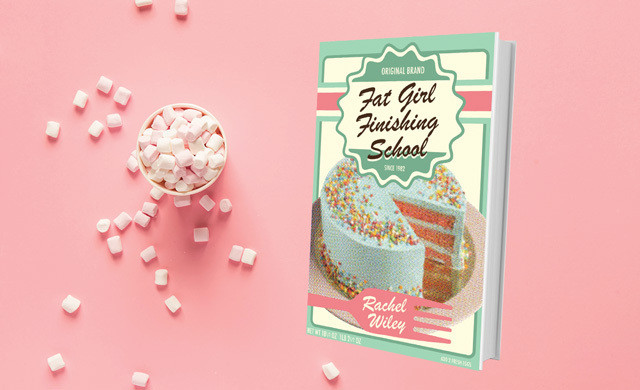 Rachel Wiley’s new poetry collection, Fat Girl Finishing School, is a tender, hilarious, illuminating journey written openly and unapologetically by a woman whom the world has aimed to shame into silence because of her body. Wiley is both a fighter and a comedic jackpot, blending razor-sharp cynicism and wit with heartbreaking truth. These poems will sneak up on you, making you laugh at the most inappropriate moment or cry exactly when you need to. In the poem, “In Which the Poet Learns to Wake Up Alone,” Wiley writes: “If you insist on dwelling in this notion,/that your love did go away/because they could no longer endure/the heft of you,/I say then let them go.” These works are an exercise in joyful endurance where the subject is an antagonized body and the aggressor is alternately a lover, an employer, a culture, or a whole society at large. What’s remarkable and beautiful about Wiley’s writing is that she doesn’t give in to the language of abuse that has been traditionally weaponized against bodies that are not perceived as perfect. Instead, she lets readers in on the ultimate secret, the one the world never wanted women to know: Imperfection is the greatest beauty of all.

The Racist Origins Of Fatphobia

"Shrill" And The Journey To Fat Bitchdom

Tags: Rachel Wiley , fatphobia , poetry , body positivity
Support Feminist Media!
During these troubling political times, independent feminist media is more vital than ever. If our bold, uncensored reporting on women’s issues is important to you, please consider making a donation of $5, $25, $50, or whatever you can afford, to protect and sustain BUST.com.
Thanks so much—we can’t spell BUST without U.