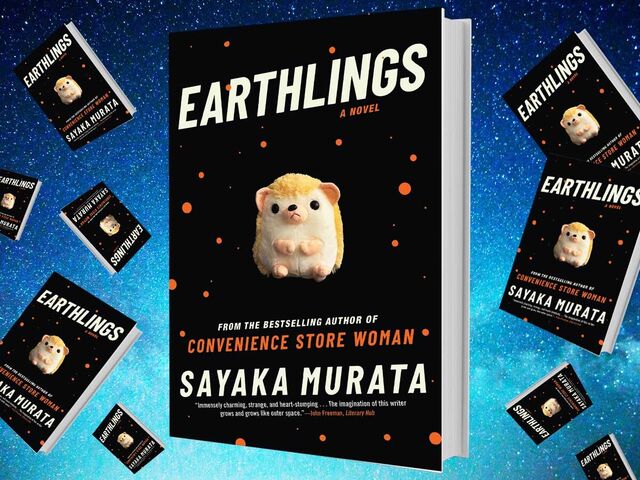 In Convenience Store Woman, the first of Japanese novelist Sayaka Murata’s books to be translated into English, the author established herself as someone with a knack for writing genuine oddballs and misfits. Earthlings, her follow-up, is even weirder. The book follows a girl named Natsuki as a child and then later as a 30-something. Abused by her mother, uncared for by her father and sister, and molested by a teacher, Natsuki literally believes herself to be a magical alien from the planet Popinpobopia. The only person who understands her is Yuu, her cousin, with whom she one day hopes to travel back to their home planet. Eventually Natsuki learns to assimilate into society and gets married. But the re-emergence of Yuu into her life as an adult sets off an unsettling chain of events.

Earthlings is an original depiction of how one woman processes her childhood trauma. And though the tone is generally lighthearted, there’s a dark undercurrent beneath. Murata’s style can be polarizing, and the book could use a little more emotional resonance. Yet somehow, despite the severity of its themes, it’s still a quick and compulsive read. (3/5)