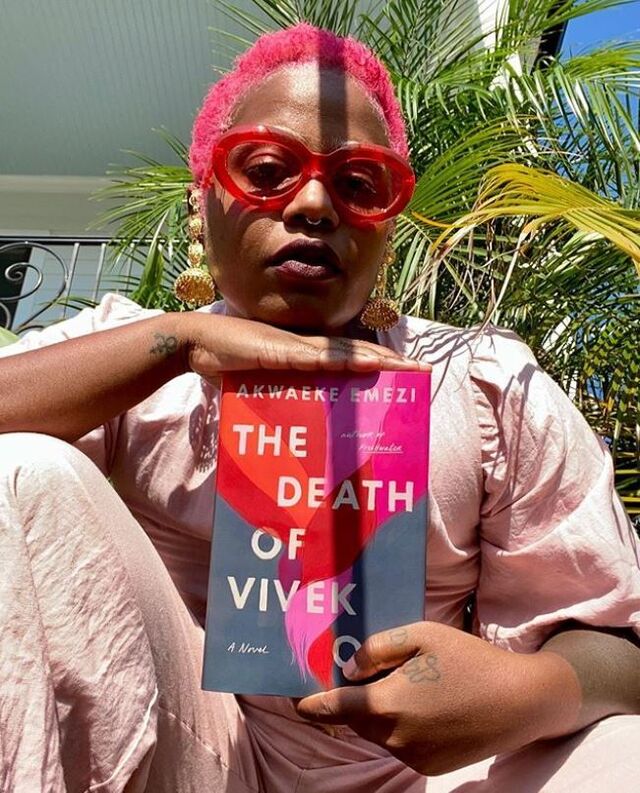 Akwaeke Emezi made history when their debut novel, Freshwater, was nominated for the Women’s Prize for Fiction in 2019. The 33-year-old is also a video artist and essayist. They received critical acclaim for Freshwater, a semi-autobiographical work exploring their Igbo heritage and gender identity, which is being adapted into a television series by FX. The nomination was the first time that a non-binary transgender writer was recognized by the prize. With Emezi’s second novel, The Death of Vivek Oji, which was released earlier this year, their publisher was informed by the prize that the submission would require Emezi’s “sex as defined by law”—an exclusionary requirement that infringes on trans rights.

In 1991, the absence of women authors on the United Kingdom’s Booker Prize shortlist marked a need for a more inclusive literary prize that would celebrate women’s voices. By 1995, the Women’s Prize for Fiction was established. For the past 25 years, the prize has been awarded to widely acclaimed authors such as Zadie Smith for On Beauty, Chimamanda Ngozi Adichie for Half of a Yellow Sun, and this year to Maggie O’Farrell for Hamnet.

So why is the same prize that was initially founded on inclusivity seeking to exclude writers who do not fit their outdated definition of what a “woman” should be?

Following Emezi’s rightful criticism of the prize’s requirement, the organizers released a statement on Twitter regarding their eligibility requirements, saying “In our terms and conditions, the word ‘woman’ equates to a transgender woman or anyone who is legally defined as a woman or of the female sex.”

A statement regarding eligibility for the Women's Prize for Fiction. pic.twitter.com/WRGBtQmSCf

Emezi stated that since they do not identify as a woman, that it’s reasonable for them to not be eligible. The issue, however, is the damaging language that is being used by the prize. Legal definitions of a person’s gender do not always equate to how a person identifies. The requirement for “sex as defined by law” completely ignores the barriers that non-cisgender women and non-binary people face, serving as a violation to maintain their identity outside of the law.

It’s fine for me not to be eligible because I’m not a woman! But you not about to be out here on some ‘sex as defined by law’ like that’s not a weapon used against trans women.

The need for a women’s prize is being called into question entirely. The landscape of the literary world has, fortunately, improved since the Women’s Prize’s first year in 1995. Women writers continue to be celebrated each year, dominating the shortlists of literary prizes including the Booker Prize, the Giller Prize, and the National Book Award.

The move to redefine eligibility requirements to include non-binary writers is already happening with other organizations. In February, the Carol Shields Prize for Fiction was announced. The prize, created by Canadian author Susan Swan and HarperCollins editor Janice Zawerbny, will be open to women and non-binary writers living in US and Canada. Submissions will begin in 2022. The Stella Prize, Australia’s prize for women’s fiction, accepts submissions from trans women, non-binary, and cis women. Their website states “We do not require any statement beyond an author’s self identification and interpret entry to the prize as confirmation of that identity.” The Feminist Press launched the Louise Meriwether First Book Prize in 2016. The prize accepts fiction and narrative non-fiction and is open to women of color and non-binary writers of color.

The Carol Shields Prize, the Stella Prize, and the Louise Meriwether First Book Prize all mark the beginning of a shift towards inclusivity in who is being celebrated in book publishing. The Women’s Prize should take note. Although Emezi’s novel, The Death of Vivek Oji, will not be eligible for the Women’s Prize, it undoubtedly deserves recognition elsewhere.