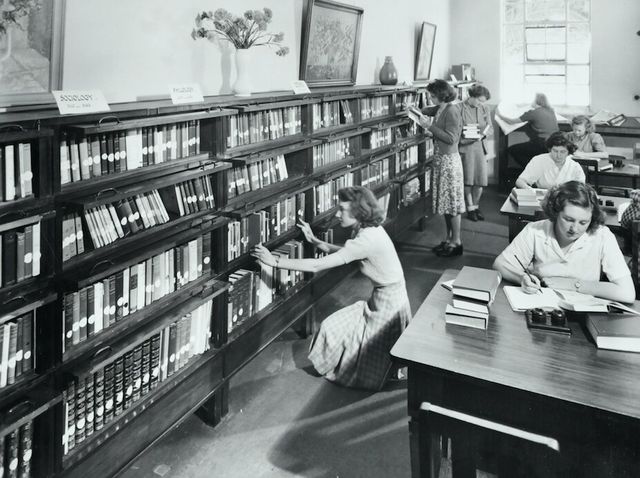 There’s a good chance you’ve read a book and not known that the author is a woman. That’s because, throughout history, many women have used male pen names in order to sneak their work through the publishing industry’s patriarchal doors. As more women tried to get their work published in the 19th century, they faced criticism from publishers who considered them unfit for the literary realm and refused their work for publication solely on the basis of their gender. Even the beloved Charlotte Brontë was told “literature cannot be the business of a woman’s life” when she submitted her poetry to England’s poet laureate, Robert Southey. This is a tactic that women novelists are still using today.

However, this year, the Women’s Prize for Fiction has teamed up with the Baileys to make these hidden literary figures transparent. To celebrate their 25th anniversary, they're launching the "Reclaim Her Name" project. The campaign will produce a collection of books authored by women (many of which are out of print) which had been originally published under a male pseudonym. Now, for the first time, these authors will have their own names published on the jacket of their books — which, by the way, are also all designed by women. The full collection will be free to download online and physical box sets will also be donated to selected libraries across the United Kingdom.

To celebrate our 25th anniversary, we teamed up with @BaileysOfficial on something very special.

Although a research project conducted by Baileys discovered approximately 3,000 books written by women with a male pseudonym, they managed to whittle the list down to 25. On the process of selecting these books, Kate Mosse, the co-founder of the Women’s Prize for fiction, told Evening Standard: “[We] also wanted to make the point that we all need to keep making sure that women's voices and Black women and women of color who are writing, that everybody's voice is visible and out there and heard and then people can read the book and make their own minds up.” She continued, “So this seemed like a really good moment, for the 25th, to kind of reach into the past and remember these women in whose footsteps we walk … I think what matters is that women's work and men’s work is equally available. And is equally visible.”

The collection has a little something for everyone. The novels cover genres from science fiction to horror and include authors from places all over the globe. Among some of the authors included are Julia Constance Fletcher, known as George Fleming; the infamous Amantine Aurore Dupin, or George Sand; and Ann Petry, or Arnold Petry, the first Black woman to sell more than a million copies of a book. To explore the full list, visit the project’s website here.

Header image via @museumsvictoria on Unsplash

It's Black Women's Equal Pay Day — What Does This Mean In The Age Of COVID-19?