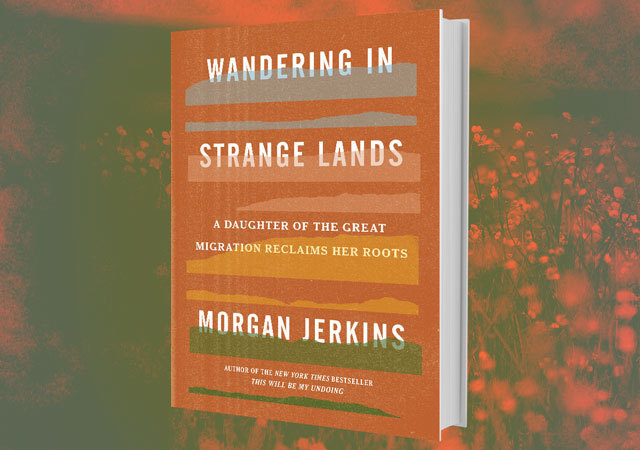 WANDERING IN STRANGE LANDS: A DAUGHTER OF THE GREAT MIGRATION RECLAIMS HER ROOTS
By Morgan Jerkins
(Harper)

Growing up, Morgan Jerkins “felt like an outsider among my blood, a feeling that would stay with me until I was an adult.” In this memoir, she tries to connect to the places in America her family first called home by visiting those sites. Jerkins knew that what her family couldn’t remember—or had chosen to forget—“can be found in people you have yet to encounter and places where you have not yet traveled.” So she heads to Georgia, South Carolina, and Louisiana, where she’s met with a shock. Ultimately, her voyage puts a personal face on The Great Migration, a movement which led six million African Americans to leave the rural South throughout the mid-20th century.

For fans of “The 1619 Project,” The New York Times Magazine’s series that recently reexamined the legacy of slavery in the United States, this book is an interesting companion piece. For a long time, Jerkins’ family chose to look forward, not back. But what she found when she finally did retrace their steps was her true self. It had not been forgotten; it was just waiting to be discovered. (4/5)

9 YA Love Stories That Will Make You Swoon