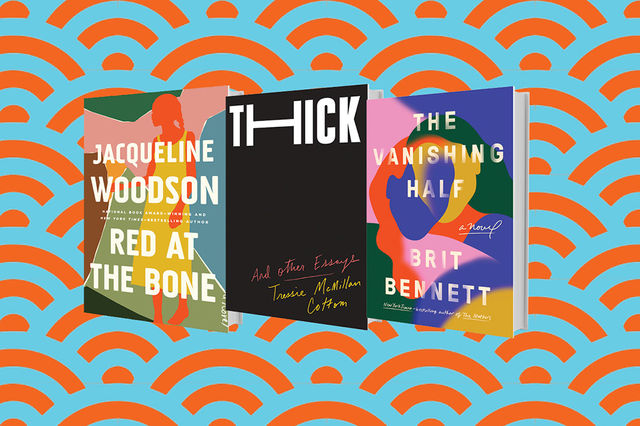 With novels, nonfiction classics, and guidebooks on race flying off (virtual) bookshelves, we decided to compile an assorted list of must-reads—ranging from the humorous to the heartbreaking to the educational—all written in the past few years by Black women authors, and all previously reviewed in BUST's print magazine.

Right now, books like Ijeoma Oluo’s So You Want to Talk About Race and Robin DiAngelo’s White Fragility are at the top of the New York Times bestseller list, but let’s keep the momentum going and read books by Black women writers all the time, not just during our current global movement. From immersive tales to hilarious essays to poignant memoirs, here’s a list with something for everyone. 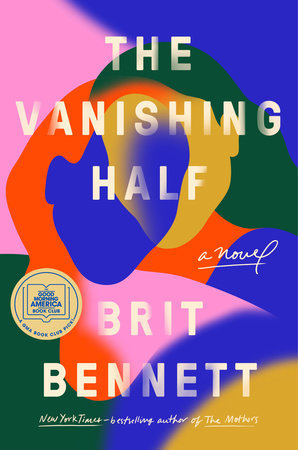 The Vanishing Half: A Novel by Brit Bennett

What starts off similarly to Brit Bennett’s debut novel The Mothers—an observer opens up the tale that’s about to unfold—quickly turns into a deeply emotional, thought-provoking, and at times, frustrating story about two once inseparable sisters now living parallel lives. The Vanishing Half is a perceptive, multigenerational novel about identity, gender, family, and love that spans the latter half of the 20th century. Bennett uses Stella and Desiree to answer one essential question: how does a person’s history and environment shape their life? –Samantha Ladwig

Such a Fun Age: A Novel by Kiley Reid

Kiley Reid tackles the white savior complex and transactional relationships in her hilarious and relevant debut, Such a Fun Age. Set in Pittsburgh, the novel follows two women as they wade through two very different stages of lifeWhen Emira is hired to watch Alix’s two-year-old daughter one night, she takes her to the local, upscale grocery store where a security guard accuses her of kidnapping. The ensuing altercation connects Emira and Alix in an unimaginable way. Such a Fun Age captures the consequences of unexamined privilege while also bringing to light the discomfort of post-graduate limbo. –Samantha Ladwig

Red at the Bone: A Novel by Jacqueline Woodson

Melody’s 16th birthday is a time for celebration, but like every milestone in her life, it’s also a moment full of questions. Melody has them about the mother who has always been in and out—but mostly out—of her life. Her father has them regarding the future, now that his role as father of a child is shifting to father of a young woman. And Melody’s mother questions her relationship to motherhood itself, as she has ever since she became pregnant as a teen. Jacqueline Woodson’s latest novel is a beautifully written examination not just of the bonds of family, but also of how alone one can feel within it. –Molly Horan

She Would Be King: A Novel by Wayétu Moore

Wayétu Moore skillfully blends historical fiction with magical realism in this immersive interpretation of Liberia’s roots. She Would Be King follows three young protagonists who can only be described as superheroes: June Dey, who uses superhuman, bulletproof strength to survive childhood on a plantation in Virginia; Norman, the biracial child of a violent colonizer and a Jamaican mother, who is able to turn invisible; and the standout heroine, Gbessa, the immortal witch and “would-be king” referenced in the novel’s title. The resilience of—and powerful bond between—the three heroes makes She Would Be King a hopeful and quick-paced tale that will have you running to the library (or the internet) to learn more about Liberia’s history as soon as you finish this unforgettable story. –Lydia Wang

My Sister, the Serial Killer by Oyinkan Braithwaite

Oyinkan Braithwaite's debut novel, set in Lagos, Nigeria, is a darkly funny story about two sisters, the bonds between them, and, yes, murder—lots of it. On the surface, the characters feel familiar: Korede, the older sister, is plain, brilliant, successful, and perpetually single. Ayoola, the younger sister, is beautiful, charismatic, and has rich boyfriends lined up to pay for everything she wants. As Korede struggles with what to do about Ayoola's serial killing habit and Ayoola's body count grows higher, Braithwaite slowly reveals the sisters' backstory. My Sister, The Serial Killer is a novel with substance, and it's also one that you won't be able to put down. –Erika W. Smith

An American Marriage: A Novel by Tayari Jones

Tayari Jones’ fourth novel follows husband and wife Celestial and Roy’s years of marriage, a classic love story torn apart when Roy is sentenced to 12 years in prison for a crime he did not commit. The couple’s comfortable Atlanta life is shattered as their paths diverge, with Roy paying for somebody else’s mistakes while Celestial decides what kind of life she wants to lead. Celestial, Roy, and their mutual friend Andre’s voices combine to create a stunning polyphonic novel, often depicting how little one can understand of another’s experience and desires, no matter how much love and effort one puts into the attempt. –Alexandra Chang

What We Lose: A Novel by Zinzi Clemmons

Zinzi Clemmons’ semi-autobiographical debut novel has a depth that goes beyond its pages. Readers follow a young woman named Thandi through childhood and young adulthood, jumping back and forth across time. Thandi, like Clemmons, is the daughter of a mixed race South African mother and an African American father, raised in Pennsylvania. Though Clemmons tackles race and identity with insight, What We Lose is also a novel about grief. When Thandi is in college, her mother is diagnosed with breast cancer, and Thandi becomes her caretaker. After her mother dies, we see how grief follows Thandi as she has her own child, struggles with marriage, and grapples with watching her father move on. –Erika W. Smith 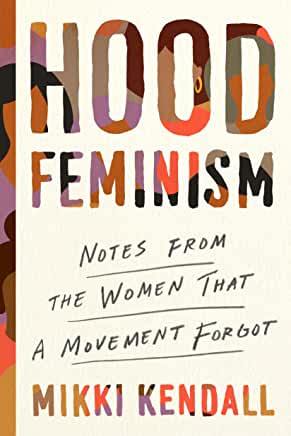 Hood Feminism: Notes From The Women That A Movement Forgot by Mikki Kendall

Much like Mikki Kendall’s viral hashtags, #SolidarityIsForWhiteWomen (for racism in feminism), #FastTailedGirls (for the hypersexualization of Black girls), and #FoodGentrification (for criticisms of marginalization within the food world), each chapter in this collection elicits action by effectively calling out privilege. This can be a tough read, even for the most woke and intersectional feminist, and that’s exactly how it should be. Kendall’s essays are meant to always challenge the movement, never letting it rest on “well-meaning intentions.” –Bry’onna Mention

Wow, No Thank You: Essays by Samantha Irby

As Samantha Irby’s latest essay collection Wow, No Thank You reveals, life is weird and despite our best efforts—or our best non-efforts—you never know where you’re going to end up. Irby pulls from seemingly minor moments and interests to construct a portrait of her life. She hilariously takes stock of where she is today and how she got there, peppering in maybe-helpful advice that she’s gathered along the way. This is a fast-paced, smart, expletive-ridden read that will soothe your angst and have you laughing well after you’ve finished the book. –Samantha Ladwig

Thick: And Other Essays by Tressie McMillan Cottom

Tressie McMillan Cottom’s essay collection, Thick, illuminates social structures that assure the failure of many, but most especially Black women. From dismissal of Black pain to capitalism’s hunger for inadequacy, the truths Cottom tackles not only need to be heard but also demand to be believed. Readers will feel both engaged by the author’s quippy cadence and impressed by her absolute authority on the subjects of beauty, media, money, and how these forces intersect with Black feminism. Grab a highlighter before you even sit down to read. –Madison Nunes

This is not an introduction to Toni Morrison’s work, nor is it written for readers unfamiliar with her novels. Instead, The Source of Self-Regard serves best as a complement to the Pulitzer-Prize winner’s collected works. Through essays, speeches, and meditations organized into three parts, Morrison tackles race, writing, revision, feminism, and the connections between art and politics. She excavates how words are meant to impact readers, the importance of reading your own work, and the disciplined practice of writing, throwing away what you don’t like, and then writing all over again. –Robyn Smith

Hunger: A Memoir of (My) Body by Roxane Gay

In the second paragraph of Hunger: A Memoir Of (My) Body, Roxane Gay warns that her memoir will defy easy categorization. This is not a story of weight loss, but neither is it a story of learning to love her body at any size. “Mine is not a success story,” she writes. “Mine is, simply, a true story.” And truth is what Gay gives us here, in her most personal and vulnerable book so far. Gay traces her relationship with her body throughout her life, beginning with her gang rape at 12, after which she began to gain weight as a form of protection. But though this trauma is one focus, Gay’s memoir is far-reaching, encompassing everything from her romantic relationships to what it’s like to be photographed for major publications. – Erika W. Smith

Tags: Roxane Gay , Samantha Irby , Brit Bennett , Jacqueline Woodson , Black Lives Matter
Support Feminist Media!
During these troubling political times, independent feminist media is more vital than ever. If our bold, uncensored reporting on women’s issues is important to you, please consider making a donation of $5, $25, $50, or whatever you can afford, to protect and sustain BUST.com.
Thanks so much—we can’t spell BUST without U.