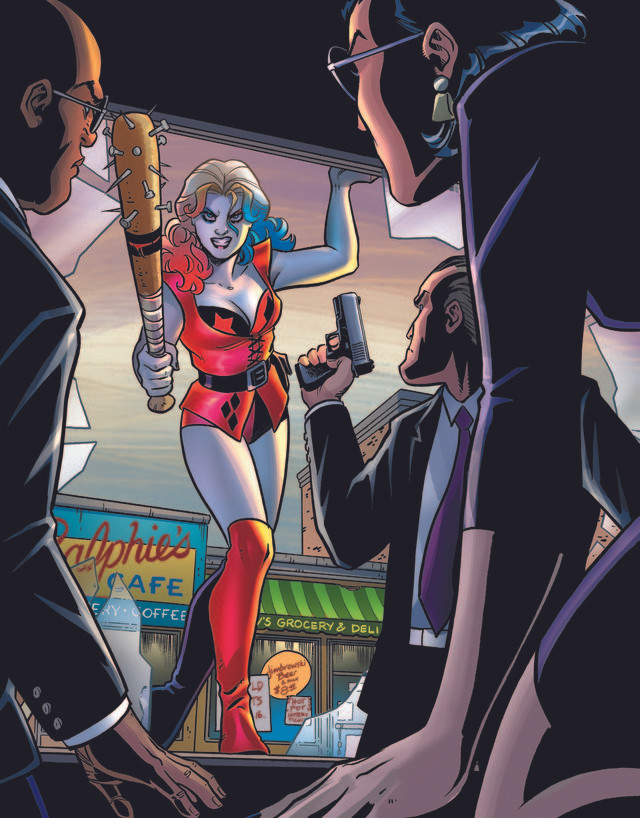 Harley Quinn took over this year at C2E2, Chicago’s annual comic and pop culture convention. The Brooklyn native mistress of mischief, clown princess of crime has struck out on her own – she’s left behind her abusive ex-boyfriend, the Joker, and found her own identity and friends.

But the iconic Harley Quinn we know from the recent film, Birds of Prey and the Fantabulous Emancipation of One Harley Quinn, wasn’t an entirely new creation. Her character was inspired by the comic Harley Quinn, written by Amanda Conner and Jimmy Palmiotti.

Just in time to celebrate the film’s massive success, Conner and Palmiotti are back with a new Harley Quinn and the Birds of Prey four-issue mini-series. Issue number one was released in February. Each issue is a part of DC Comics’s new “Black Label,” intended for mature readers 17 and up.

At C2E2, Conner and Palimotti took some time to speak to BUST about Harley Quinn’s character, their new mini-series, and the launch of their new online column, Ask Dr. Quinn.

There are many depictions of Harley Quinn. But one of the key ingredients for Conner and Palmiotti’s Harley is fun. As Conner says, Harley was always fun since her early incarnations, and they wanted to maintain her spirit—but this is also Harley Quinn, which means she often gets in trouble.

“This is the Harley Quinn that’s responsible for her own actions, instead of being somebody that was responsible or taking the blame, or getting caught up in somebody else's actions,” Palmiotti said.

“Exactly,” added Conner. “Her bullshit is her own.”

Having Harley as the maker of her own destiny was an important part in making sure this was, start to finish, Harley’s story.

Focusing on Harley Quinn meant taking her out of Gotham and placing her in her hometown environment of Brooklyn, New York.

“We had a fear of her being a secondary character in her own book,” Conner said. “We take her back to Brooklyn and we give her her own friends that she picks and her own enemies that come after her. It was really important to do that so that she could stand on her own two feet.”

“Out of all of the characters we’ve worked on she’s probably the most human character just for that,” Palmiotti said. “But that's what makes the character so interesting to write. It's never a linear story.”

Palmiotti and Conner say, because of Harley’s non-linear way of thinking, writing her at times feels like they are trying to keep after her. “It's almost like we're writing it and she's going and doing her own thing and we're trying to catch up and report on it. That book always has that kind of feel,” Palimotti said.

But is Harley a good guy or a bad guy? “We’ve taken to calling her an anti-villain,” Conner said. In her head, Harley believes she’s a good guy. She will do anything for her friends, even if that means murdering people.

The book also touches on past themes of trauma, as Harley Quinn comes from an abusive background. During her early years she suffered abuse, and as an adult she dates the Joker, who we can all agree is the worst boyfriend ever. For some, reading a character like Harley, who is a survivor of abuse and trauma, can be inspirational: she not only leaves her situation, but she also finds her own group of friends and trustworthy family, Palmiotti and Conner say.

“I think it's really important for people to read about a character that does have trustworthy family and friends. That you can find people that you feel safe with and that'll have your back. She would need it. She went from people who were using her to people who want the best for her,” Conner said.

Palmiotti says that for some people, if they have something they are going through, reading about a character experiencing a similar situation and recovering from a similar history allows them to relate to their trial—even if the best real-life solution would never be the solution a character like Harley would choose.

Those characters are “always an inspiration because a lot of times people don't have that in their lives. They don't have people that inspire them to [make] a better choice, so a lot of times they look to the things they love, whether it’s comics or games,” Palmiotti said.

Conversations surrounding different issues Harley goes through are also being encouraged through an advice column for Harley Quinn on the DC Universe website. The advice column, titled Ask Dr. Quinn, is a platform that will allow readers in the comic community to ask Palmiotti and Conner real questions about challenges the characters face. Palmiotti says besides some “ridiculous” answers, they will be trying to provide some solid advice on some of the struggles Harley faces in the comics. 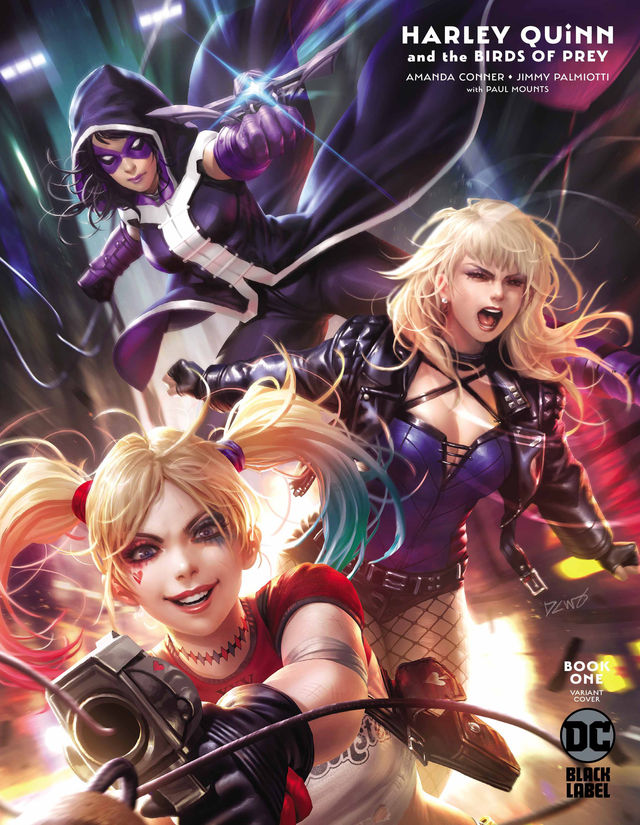 “I just think Harley, at the end of the day, understands what she's doing and chooses to do what she does even if it's ridiculous or crazy at times, but we love to have moments in our book where she has a great sense of clarity and is able to verbalize something that she's going through and how to deal with it,” Palmiotti said.

It’s this honesty, realness, independence, love, grit, and fun that has sealed Harley Quinn as a feminist character – even if she is maybe only a good guy in her head.

The new mini-series will pick up where the last book, Harley Quinn, ended. As a series under DC’s Black Label, the book is intended for mature readers.

Expect a lot of fun, violence, and an F-bomb dropped here and there. What did you expect? This is Harley Fuckin’ Quinn.