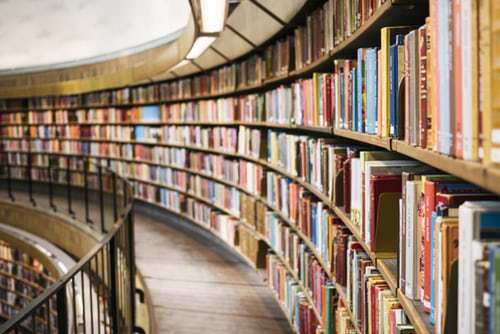 On Thursday more than 100 employees of publishing house Hachette Book Group walked out in protest over the company’s acquisition of Woody Allen’s memoir Apropos of Nothing, slated for release in early April 2021.

On Friday Hachette announced that they will no longer be publishing the memoir.

The events of that twenty-four-hour window ramped up pretty quickly and displayed just how effect the voice of a collective can be. When it was announced on Tuesday that HBG would be putting out Allen’s memoir, the fallout online was swift and clear. One of the most vocal in opposition was Woody Allen’s son Ronan Farrow. Farrow cut ties with HBG in a detailed post on Twitter expressing his disappointment and surprise that the publishing house would choose to roll out Allen’s title. According to the post, Farrow was blindsided with news of the acquisition, much like HBG employees who only learned of the deal once it was announced online.

Hey, just wanted to share my thoughts on some recent news: pic.twitter.com/ovPczgx8pB

Farrow’s New York Times bestselling book, Catch and Kill: Lies, Spies, and a Conspiracy to Protect Predators, centers on the insidious ways in which powerful men are able to dodge accountability for sexual abuse they inflict. Catch and Kill closely examined allegations against Harvey Weinstein. Farrow has been advocating for victims of sexual abuse. Allen has been accused by his adoptive daughter Dylan Farrow of molestation at the age of seven back in 1992. Allen has adamantly denied these claims. Ronan Farrow has been advocating for his sister and other victims.

Dylan Farrow, issued a statement of her own that stated she hadn’t been contacted by any fact checkers who worked on the memoir.

My statement on the disappointing and, frankly shocking, news from @HachetteUS today. pic.twitter.com/h0zuAi0T7l

Allen’s manuscript had been passed over by numerous publishers but ultimately found a home with Hachette. In a response to the Hollywood Reporter, HBG said, "We respect and understand the perspective of our employees who have decided to express their concern over the publication of this book. We will engage our staff in a fuller discussion about this at the earliest opportunity.”

Frustrated and unhappy with the publishing house’s decision to move forward with producing Allen’s book, employees peacefully exited their offices. Employees then took to social media using various hashtags such as #HachetteWalkout, #LittleBrownWalkout, and #GrandCentralWalkout, sharing their reasons for walking out on Thursday afternoon. The hashtags were flooded with posts from employees and supporters alike, making the walkout a trending topic on Twitter that day.

75 plus employees of Hachette are standing in solidarity with @ronanfarrow, @realdylanfarrow and survivors of sexual assault and walked out of the Hachette offices today in protest of Woody Allen’s memoir. #HachetteWalkout #LittleBrownWalkout pic.twitter.com/wTNi3c7gy8

Dylan Farrow tweeted out her gratitude to employees who partook in the walkout, thanking them for taking a stand against the publishing house.

In a statement to Publisher Weekly, Hachette Book Group said, "The decision to cancel Mr. Allen’s book was a difficult one. At HBG we take our relationships with authors very seriously, and do not cancel books lightly. We have published and will continue to publish many challenging books. As publishers, we make sure every day in our work that different voices and conflicting points of views can be heard."

The publishing house went on to say, "Also, as a company, we are committed to offering a stimulating, supportive and open work environment for all our staff. Over the past few days, HBG leadership had extensive conversations with our staff and others. After listening, we came to the conclusion that moving forward with publication would not be feasible for HBG."

Can We Talk About The Convenience Of "Himpathy" For Harvey Weinstein?