9 YA Love Stories That Will Make You Swoon 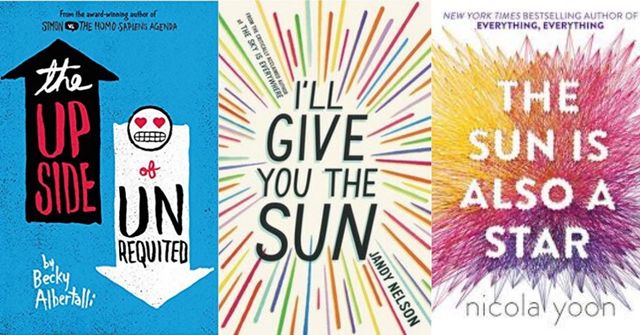 Who says true love can’t be a good book? Here are 9 young adult titles that are sure to make you fall head over heels this Valentine’s Day, or all year round. 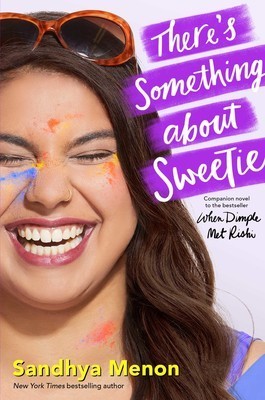 There’s Something About Sweetie by Sandhya Menon

Following up on her hit When Dimple Met Rishi, Menon has gifted us another adorable story of two teens with something to prove to themselves and the world. Ashish is fresh off a breakup and has to endure his persistent parents who are so sure that they will get him another girlfriend in no time. Cue Sweetie Nair, an incredible track star who can run circles around anyone against her in a meet. But because she’s fat, her parents are convinced she won’t be able to able to find love. When Ashish and Sweetie meet, their expectations aren’t too high, and yet… I love this book so much. It’s light and charming with a great message. 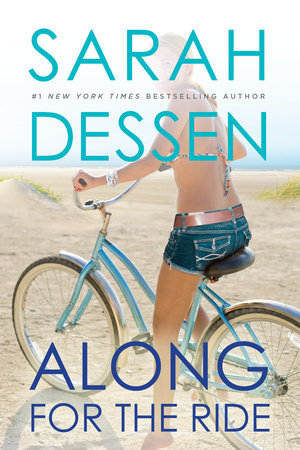 Along for the Ride by Sarah Dessen

Where would my love of YA have stemmed from had it not been for Sarah Dessen? While this book is 11 years old, it will forever have a special place in my heart. It was one of the first YA books I ever picked up years ago and subsequently I’ve been fangirling over Eli Stock ever since. The story centers around Auden West, an over-achiever who can control everything in her life expect her insomnia. Cut to a summer spent at her father’s beach town home where she’ll spend the next few months going on adventures she never could have predicted with a boy she can’t help but to be drawn to. The characters are fleshed out and the romance between Auden and Eli is truly one for the books. They manage to form a sincere connection to one another and their late-night hangouts are absolutely everything. 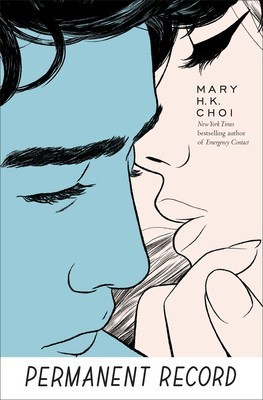 What happens when famous pop star Leanna Smart goes into a Brooklyn bodega at 4 o’clock in the morning during a snowstorm? She meets Pablo Rind, a young man who is barely managing to keep his head above water. The two have an instant connection and it doesn’t take long for their casual flirting to progress. What follows is a whirlwind romance that throws these two people from completely different walks of life into a media frenzy. When you live a life under a microscope, everyone tends to form an opinion. But are these two able to tune out the rest of the world? 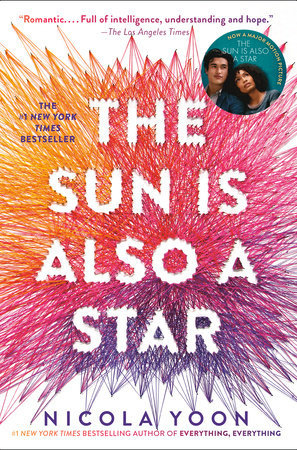 The Sun is Also a Star by Nicola Yoon

Set over the course of 24 hours in New York City, this book sweeps you up in the relationship forged between two teens. Daniel is a hopeless romantic who truly believes in the power of the universe, in fate and thinks solely with his heart. Natasha is a girl of science, of concrete facts to explain virtually everything. But when it comes to matters of the heart, she’s left wondering if maybe everything can’t be explained away with figures. This story touches on important themes such as a deportation: the plot is thickened with a huge deadline hanging over the two. On the day they meet, Natasha and her family are about to deported back to Jamaica, giving Daniel extra incentive to make his time with Natasha epic. Watch the movie starring Grown-ish’s Yara Shahidi and Riverdale’s Charles Melton. 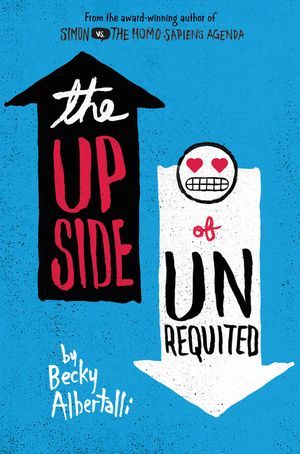 The Upside of Unrequited by Becky Albertalli

If there’s one thing Molly Peskin-Suso knows better than anyone else, it’s how to land herself in a revolving door of unrequited love stories. To date, she’s fallen for 26 guys and not a single one knows about it because she’s too self-conscious to speak up about her feelings. As her love-averse twin sister gets wrapped up in a genuine relationship, Molly becomes hopeful that she’ll be able to land a relationship of her own. What she doesn’t see coming is the very real possibility of a romance between her and her Tolkien-obsessed co-worker Reid. Upside manages to tie in all different forms of representation that are so important from body image to queer rep. Albertalli has a knack for writing swoon-worthy novels. After all, she gave the world Simon vs. the Homo Sapiens Agenda, which was adapted into the 2018 film Love, Simon starring Nick Robinson and Katherine Langford. She also penned Leah on the Offbeat, another title in the Simon-verse that is absolutely worth reading as well! 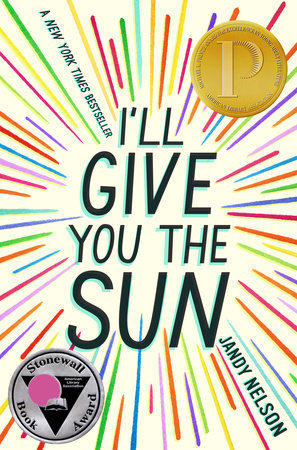 I’ll Give You the Sun by Jandy Nelson

Told in alternating timelines through the lens of twins Noah and Jude, I’ll Give You the Sun is in general one of my favorite YA books. I have shamelessly recommended it to all my friends over the years and now I’ll do the same with you. It has excellent familial and feminist themes, which are always a bonus. Nelson crafted such a terrific story that has managed to stick with me for years now. I’m a sucker for the not-looking-for-love trope that goes to a character who has had bad experiences before but then, suddenly, the right person comes along and BAM! I’ll Give You the Sun has so much heart and I still regularly think about Jude and Oscar. They will make your heart happy, believe me. 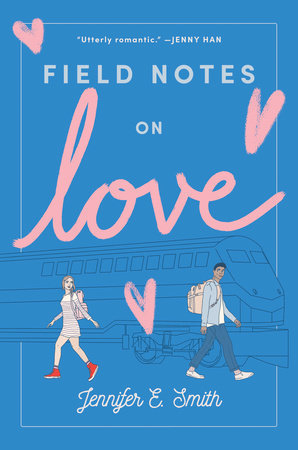 Any book by Jennifer E. Smith is worthy of landing itself on a YA romance list, but I’ll go with her latest to reel you in. After getting dumped by his girlfriend, Hugo makes a post online for someone to use the companion ticket booked under his old girlfriend’s name. As luck would have it, another girl named Margaret steps into his life. Their cross-country trip leads to them both to step outside of themselves. Margaret (Mae) is a budding filmmaker who winds up learning from Hugo how to see life through the lens in a new way. While life abroad the train is great, it’s being thrown back into the real world that becomes the true test. 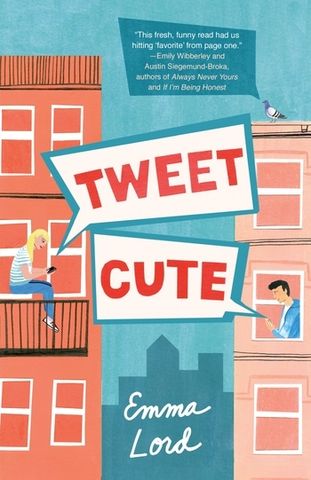 In this debut novel, Lord gives us the delectable story of Pepper, a girl who has everything figured out—namely, how to keep her family’s business thriving thanks to her business and social media savvy. When she finds her online persona under attack, the gloves come off as she spats with the person behind the attacks. Little does she know it’s actually her classmate Jack, a guy she’s also secretly falling for on an app that he created. When their Twitter beef goes viral, people online begin shipping them. This is an adorable book with high stakes. Two things that will always be serious matters: love and food! 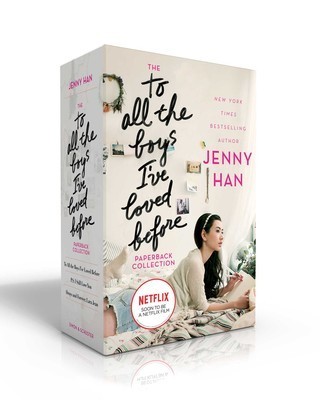 In the category of: No One Is Shocked, To All the Boys I’ve Loved Before rounds out my recommendations list. Han is the master of romantic stories, giving us characters you’ll root for (and swoon over). When Lara Jean’s secret love letters to her five crushes from over the years make their way into those guys’ hands, her world is flipped upside down. With the secrets out in the open, she’s forced to confront her feelings head on.

The movie adaptions for the first two books are streaming now on Netflix and the third film has already wrapped. These novels seemingly revolutionized the genre, largely in part of the films. If you haven’t seen them, please pop over to Netflix now and see what all the fuss is about. I can assure you it lives up to the hype and then some.