Starless Sea by Erin Morgenstern is the Ultimate Epic 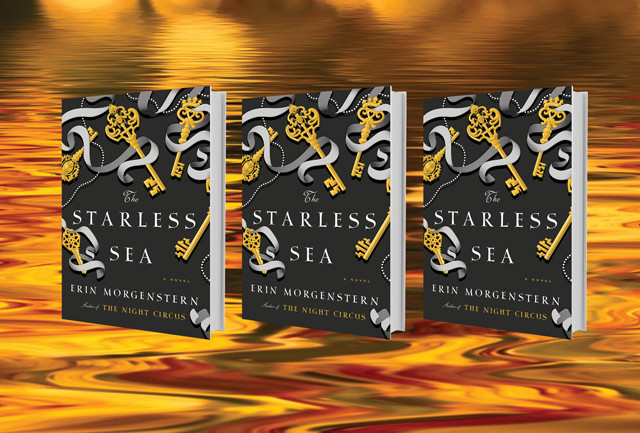 THE STARLESS SEA: A Novel
By Erin Morgenstern
(Doubleday)

The Starless Sea, the second novel by Erin Morgenstern (The Night Circus), is a love letter to books that sometimes reads like the longest possible entry on a bibliophile’s Tumblr page. The constant literary and pop culture references sprinkled throughout, especially in the thread following Zachary, a gaming graduate student, create a context that will feel familiar to readers who grew up online. Imagining a vast world of books being protected in places just out of reach, the novel layers fable on top of myth on top of epic, like nesting dolls, all while following Zachary as he stumbles into that world looking for answers.
There are moments when the constant shifting from Zachary’s tense mystery into tales with less dramatic tension threatens to drag down the plot. But overall, the method is effective—as a reader, you come to feel immersed in that storytelling world. “He believes in books,” the narrator says of Zachary as he embarks on his adventure. It’s obvious Morgenstern does, too. And through The Starless Sea, she reaches others who have that same belief in the power of a good novel. (4/5)

In "We Wish You Luck," Caroline Zancan Brings Something New To The MFA Story