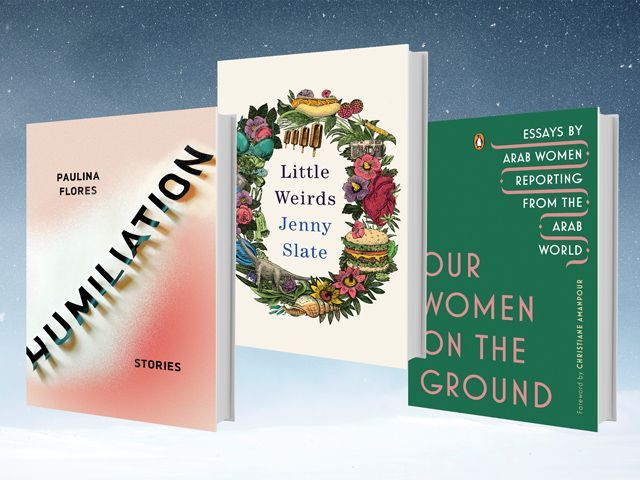 With a new decade comes new reading material by women and nonbinary folks — and there's a lot to choose from. If you need help deciding the next novel in which to lose yourself on your morning commute or curl up with at your favorite coffee shop, our book reviewers have you covered. Here are BUST's top picks from the end of 2019 and start of 2020, and you can find all of our reviews in the Winter 2020 print edition of BUST Magazine. (Subscribe today!) 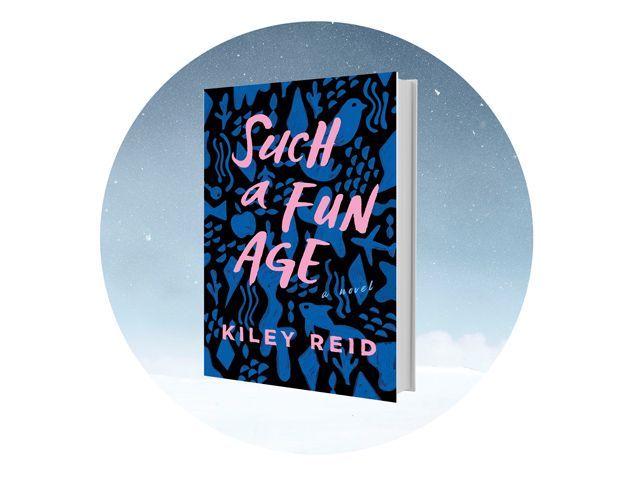 Such a Fun Age: A Novel
By Kiley Reid
(G.P. Putnam’s Sons)

Kiley Reid tackles the white savior complex and transactional relationships in her hilarious and relevant debut, Such a Fun Age. Set in Pittsburgh, the novel follows two women as they wade through two very different stages of life. Alix Chamberlain is a white, upper-middle-class mom who’s built a brand out of inspiring women to ask for what they want. Emira Tucker, on the other hand, is a 25-year-old Black babysitter hoping to figure out what exactly it is that she wants. When Emira is hired to watch Alix’s two-year-old daughter one night, she takes her to the local, upscale grocery store where a security guard accuses her of kidnapping. The ensuing altercation connects Emira and Alix in an unimaginable way and threatens the seemingly good relationship both women want so badly to believe they have.

Such a Fun Age captures the consequences of unexamined privilege while also bringing to light the discomfort of post-graduate limbo. Reid pulls from her own experiences as a babysitter in New York City to create a smart, engaging novel packed with nuance. It’s no wonder Lena Waithe signed on to adapt this book more than a year before its release. –Samantha Ladwig 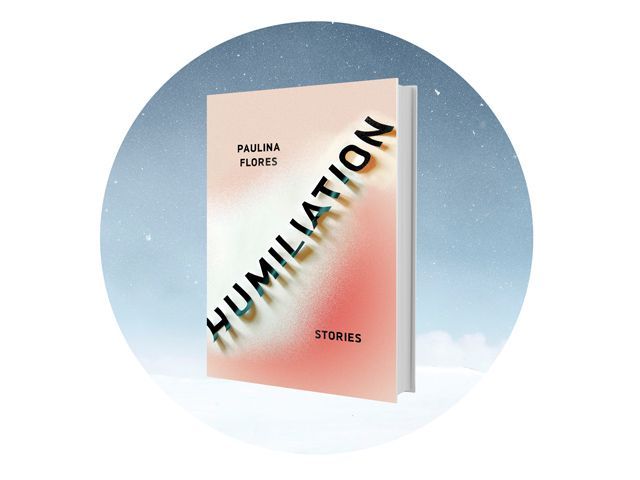 Paulina Flores’ debut short story collection, translated from Spanish by Megan McDowell, begins with “Humiliation.” Specifically, that of a desperate, out of work father, who loses an acting gig to his young daughters. Being unable to provide might be the highest level of humiliation in Flores’ opinion. But seeing your father emotionally depleted is right up there, too. These nine stories take a close look at pride, often that of down-and-out men, and the shame that goes with it. But, she also tries to grapple with the indignities that we don’t always see until it’s too late.

The standout of Humiliation is the thrilling “Teresa,” which follows a lonely woman who goes home with a man and his daughter after seeing the girl wandering the library alone. She describes his sparsely furnished apartment as if it’s a clue of some embarrassment—or worse—to come. But it’s a barking dog that ends up being the key to her story. “Dogs bark at ghosts, she thought. Which was she?” By the end, readers have an answer to that haunting question. –Shannon Carlin 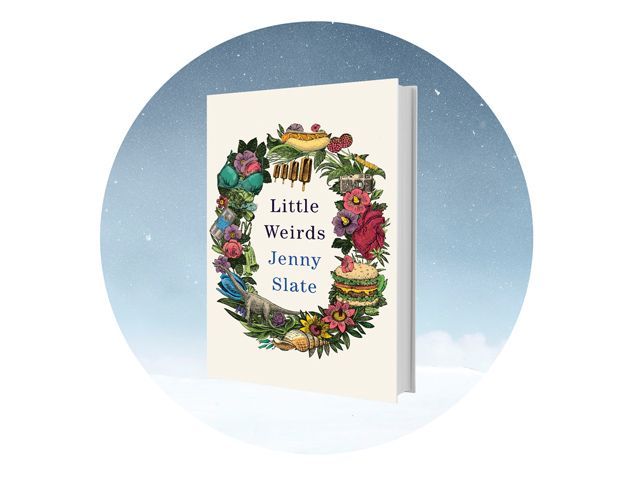 Little Weirds is the perfect title for actor and comedian Jenny Slate’s collection of bite-sized essays, stories, and thoughts. In one of the book’s first chapters, Slate describes her heart as a “big scared thing.” By the end, she’s referring to her heart as a “planet.” And reading this memoir feels like escaping to a different planet, one that’s as big and vulnerable as Slate’s heart itself.

Slate is on full display here: strange, lonely, and sincere. She presents 48 “little weirds” in total, with the shortest just a sentence long. Her origin story appears alongside countless imagined deaths, her desires and advice, and the sort of silly but acute observations on human oddities that have made her a beloved comic. (“I can’t really imagine an American businesswoman doing this without imagining her either laughing or crying about it,” Slate muses after watching a solemn and suited Norwegian woman eat a hot dog in an airport.) She tells a ghost story; she considers the feeling of being “heartbroken over no one.” Little Weirds isn’t the typical comedian’s memoir, but it’s the rare work of art that’s somehow both delightfully bizarre and totally universal. –Lydia Wang 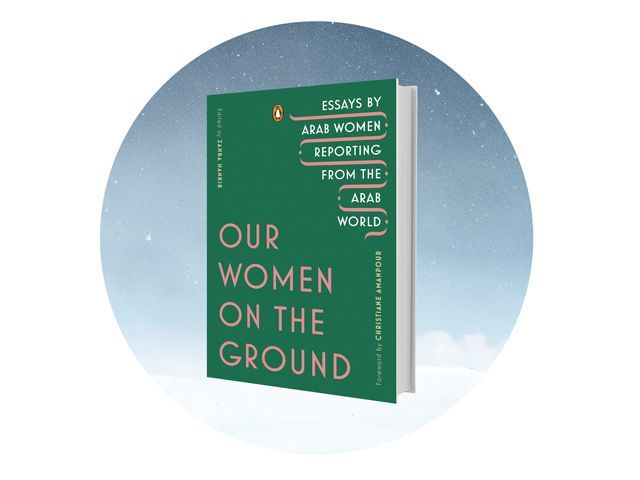 Our Women on the Ground: Essays By Arab Women Reporting From The Arab World
Edited by Zahra Hankir
(Penguin Books)

This anthology of essays by 19 female Arab journalists edited by Lebanese-British writer Zahra Hankir, is a masterpiece. Each contributor shares an intimate analysis of what it means to be a woman in a war zone. Many work for outlets including The Washington Post, Bloomberg, and Al Jazeera; reporting from Iraq, Lebanon, Egypt, Syria, Morocco, and more. Some essays are devastating. Nada Bakri sets the tone early on in the collection by describing the death of her husband, New York Times correspondent Anthony Shadid, and its effects on her family. Other selections provide incredible insights on Middle Eastern conflicts of the past few decades.

As a reader based in the U.S., I found it especially eye-opening being immersed in a world that is often depicted as oppressive and rigid. Being guided by women of color, who are reporting on stories that others wouldn’t have access to, feels like a unique opportunity. These are important narratives written by important people. And this anthology is an absolute must-read. –Robyn Smith 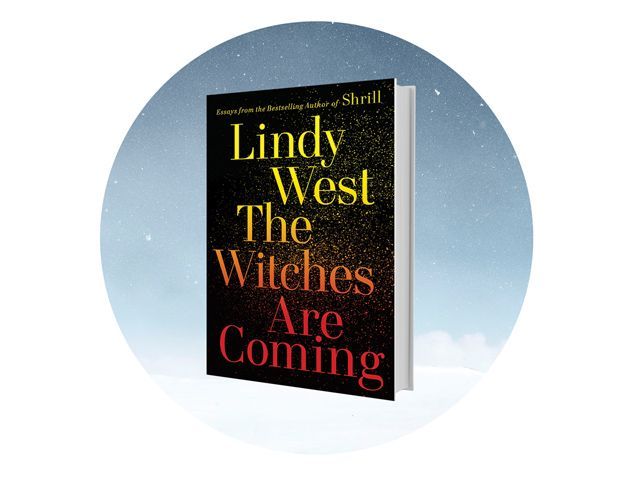 The Witches Are Coming
By Lindy West
(Hachette Books)

Lindy West confronts our current cultural climate in The Witches Are Coming, a hilarious, astute essay collection chock full of her signature wit and personal anecdotes. The title stems from 45’s ongoing claim that he’s the target of a massive “witch-hunt,” and the book itself is a response to all the people arguing that feminism, in the wake of #MeToo, has gone too far. Each essay proves that, actually, it hasn’t gone far enough.

West successfully traces the origins of how we got to this specific moment in history by examining media from the ‘90s all the way up to the present day. She illustrates white male mediocrity through Adam Sandler’s filmography, and examines the consequences of accepting seemingly minor flaws in Internet celebrity Grumpy Cat and designers Chip and Joanna Gaines. Each topic reveals just how powerful mass media is in promoting passivity while simultaneously showing how we can hold the industry accountable for its contribution to our current political climate. West does this not to discourage readers, but to inspire them to engage, asserting that the only way to dismantle apathy is to embrace the truth. –Samantha Ladwig 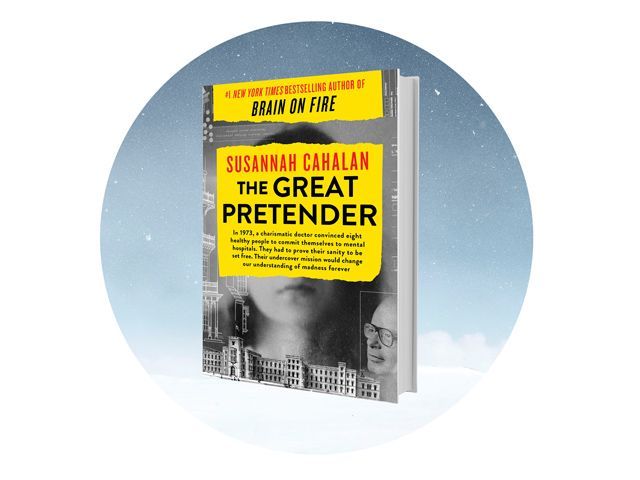 The Great Pretender: The Undercover Mission That Changed Our Understanding of Madness
By Susannah Cahalan
(Grand Central Publishing)

In her memoir Brain on Fire, New York Post reporter Susannah Cahalan shared her first-hand experience struggling with a rare autoimmune disease that was misdiagnosed as schizophrenia. Knowing the havoc a psychiatric mistake can cause, she was inspired to investigate an experiment led by Stanford professor David Rosenhan. He had himself and seven other researchers admitted into psychiatric hospitals as patients to test the accuracy of psychiatric diagnoses. Unable to leave until doctors declared them sane, all eight received wildly inaccurate diagnoses and received inhumane treatment.

This groundbreaking experiment led to a complete overhaul of the Diagnostic and Statistical Manual of Mental Disorders (DSM) and changed the practice of institutionalizing the mentally ill. During her research into this watershed case, however, Cahalan realizes that the experiment’s published findings are not all that they seem, and her search for truth makes this a riveting page turner. By integrating her own personal experiences into the text while adopting a sometimes humorous and approachable writing style, Cahalan creates a thoroughly enjoyable and suspense-filled read. –Adrienne Urbanski

In "We Wish You Luck," Caroline Zancan Brings Something New To The MFA Story

Ali Wong Continues To Be Hilariously Raunchy In "Dear Girls"

Tags: Lindy West , Paulina Flores , Susannah Cahalan , Jenny Slate , Zahra Hankir , Kiley Reid , book review , books , fiction
Support Feminist Media!
During these troubling political times, independent feminist media is more vital than ever. If our bold, uncensored reporting on women’s issues is important to you, please consider making a donation of $5, $25, $50, or whatever you can afford, to protect and sustain BUST.com.
Thanks so much—we can’t spell BUST without U.