What New Generations Can Learn From Elizabeth Wurtzel's Legacy 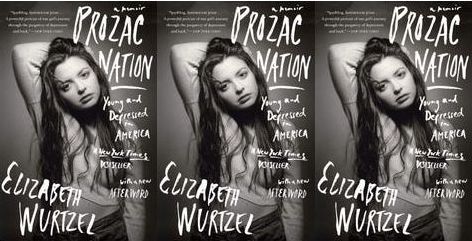 When I was in high school, I read Prozac Nation. At the time, I didn’t understand depression —  in fact, I didn’t even know the meaning of the word. And I definitely didn’t know the term “mental illness.” All I knew was that I wasn’t feeling quite right and I found comfort in books like Veronika Decides to Die by Pahlo Coehlo and Girl, Interrupted by Susanna Kaysen. Stories that centered a female lead character who, for one reason or another, was battling depression and attempted suicide. I was fascinated, maybe even captivated by the inner life of these women and how each writer spoke so candidly on their struggles. But it wasn’t until Elizabeth Wurtzel’s Prozac Nation that I was able to make sense of my own inner turmoil and depression.

Wurtzel wrote Prozac Nation in 1994 when she was 27 and the New York Times book review called her “Sylvia Plath with the ego of Madonna.” The memoir detailed her relationship with her body, her mental health, her relationship to sex, and addiction. Her work was dark but brutally honest. Wurtzel, despite her battles with depression, didn’t care what other people thought of her. To me, this is why in her second title, Bitch: In Praise of Difficult Women, made perfect sense: on the front cover, Wurtzel is topless, giving the middle finger.

Wurtzel could definitely be described as before her time, but she was more than that: she made things possible for other women.  Wurtzel was the over-sharer before the world knew what that meant. She was a Lena Dunham before we could define what that meant (controversial, messy, and often a contradiction). And, as Wurtzel said herself in a 2018 essay for The Cut, she was “a hashtag before there was Twitter.”

Prozac Nation was a memoir that paved the way for a lot of other female essayists and memoirists. We now have countless personal essays and memoirs that are equally messy, rage-filled, honest, and unfiltered, and maybe we have Wurtzel to thank. Her work in the ’90s was often “too much” for some, but she was a trailblazer — one who is, perhaps, finally getting her due.

Wurtzel was a free spirit who aimed to live in the moment. Her last essays relay her inability to grow up in the standard sense of the word, her emotionally abusive and dangerous sublandlord, the truth about her real father, her marriage in 2015, and finally, her second round of cancer.

On January 7, at the age of 52, Wurtzel died of breast cancer. Yes, we have lost an incredible force, but feeling sorry for her is the last thing she would have wanted. After all, as Wurtzel once wrote in The Guardian, “I am a con artist and cancer is my final con.”

Heather Havrilesky Asks "What If This  Were Enough?" In Her First Essay Collection

A Voice of A Generation: My Complicated Relationship with "Girls"