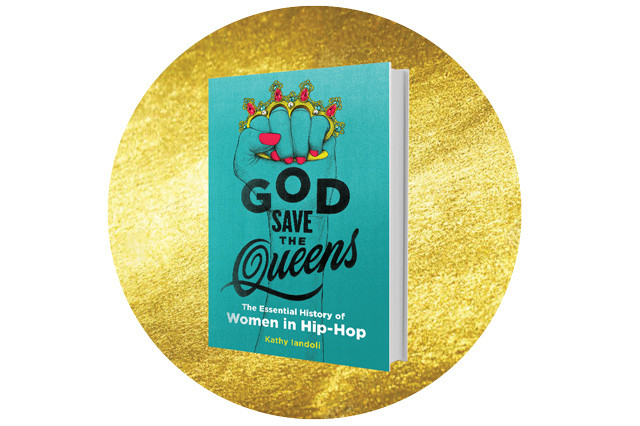 GOD SAVE THE QUEENS: The Essential History of Women in Hip-Hop
By Kathy Iandoli
(Dey Street Books)

When Rapsody’s video for “Ibtihaj” dropped last summer, she rapped, “Women been leading the way, since Roxanne Shante.” As journalist Kathy Iandoli demonstrates in her excellent history of these very women “leading the way” in hip-hop, sisterly shout-outs are too rare in this genre, where women are often forced into battle rather than (as Queen Latifah spelled it) “U.N.I.T.Y.”

God Save the Queens tracks the contributions of women in the rap game from the 1970s sound system parties in the Bronx to VH1’s Love & Hip Hop. Iandoli is not just a chronicler, but also an insider. She’s worked in the music industry since the mid-’90s and her personal stories further enliven her material. Returning to her subjects’ (and her own) experiences battling industry sexism, Iandoli deftly teases out and spotlights the root cause: women pitted against each other to ignite headlines and sales. The book ends with a distinct hopefulness regarding the up-and-coming women of Rapsody’s generation, smashing charts and stereotypes. They know there’s room for more than one queen in the game. (4/5)

God Save the Queens was published October 22, 2019. This article originally appeared in the Winter 2020 print edition of BUST Magazine. Subscribe today!