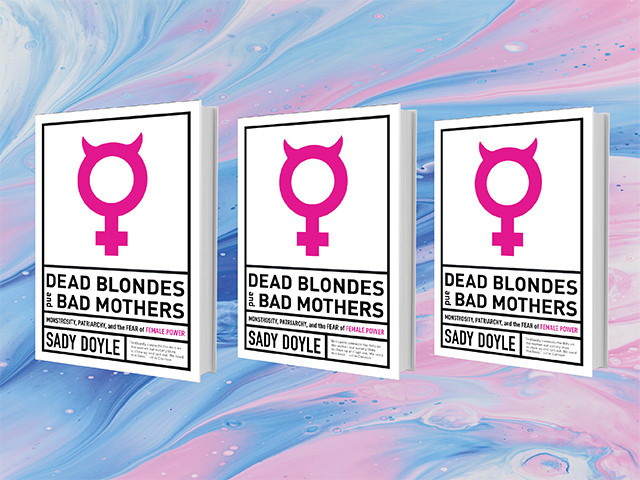 With Dead Blondes and Bad Mothers, Sady Doyle harnesses the anger of women who’ve been unfairly reduced to just daughters, wives, and mothers, to create a new feminist manifesto for a new wave of feminists. “Women have always been seen as monsters,” she writes, before diving into the history of female monstrosity and its ties to male paranoia. Men’s fear, she contends, is an acknowledgment of women’s power, so why can’t women seem to capitalize on that?

This isn’t an easy question to answer, but just as she did with her 2016 debut Trainwreck, Doyle examines how, in history and in pop culture, we’re always building women up, only to tear them down. And the roles women are relegated to have been the result. Gifted with humor and insight, Doyle writes as if she’s ready to lead a revolution for women who are tired of being underestimated and mistreated by the men who fear them. After reading this book, it’s clear men should be afraid of what they have wrought—very afraid. (4/5)

Dead Blondes and Bad Mothers: Monstrosity, Patriarchy, and the Fear of Female Power was published on August 13, 2019. This article originally appeared in the September/October 2019 print edition of BUST Magazine. Subscribe today!