Thanks To Kami Garcia, "Teen Titans'" Raven Gets Her Own Story 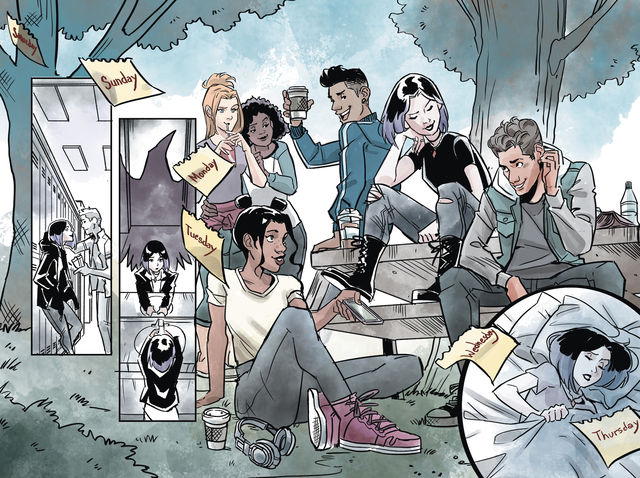 With so many awesome characters in Teen Titans, it is hard to pick a stand-out. For me, Raven is my favorite character—no, wait, Starfire is. No, no, Beast Boy. I love them all. Although it is hard to choose a favorite, one thing is for sure: I’m always hungry for more individual screen time from each.

If, like me, you’ve ever wanted to see more Raven, your wishes have been answered in graphic novel form with Raven, written by Beautiful Creatures co-author Kami Garcia. The origin story is set in New Orleans, and the book has already been doing so well, it’s gone back for a third printing.

This version of Raven is unique for many reasons. One of the biggest attractions, to me, was the accessibility and diversity in the book. And outside of her superpowers, Raven is a pretty typical teenager with a wicked sense of style.

“Diversity was important to me in general,” Garcia told me at a comic book signing with artist Gabriel Picolo in Chicago. “I taught for 17 years in public schools at Capital Height Maralyn, which is right outside the Washington DC line. It’s a very underserved area, and I do believe that if [someone] can’t see themselves in books and shows and movies, it is a type of erasure.”

When Garcia was approved to write Raven, her number one pick to do the artwork was Brazilian artist Picolo.

Before working on Raven, Picolo had only dreamed of working for DC Comics. He had a large social media following due to his Teen Titans fan art, which attracted Garcia because his depictions of the characters looked like regular teenagers.

Once Garcia told DC she wanted to work with Picolo, he got the call, but he didn’t believe it was real. Picolo says he thought the DC call was a prank from one of his friends. Once Picolo realized it was not a prank and that he was, indeed, tapped to work on Teen Titans, he got to collaborating with Garcia right away. Together, Garcia and Picolo worked to ensure the world Raven was placed in was diverse and inclusive. 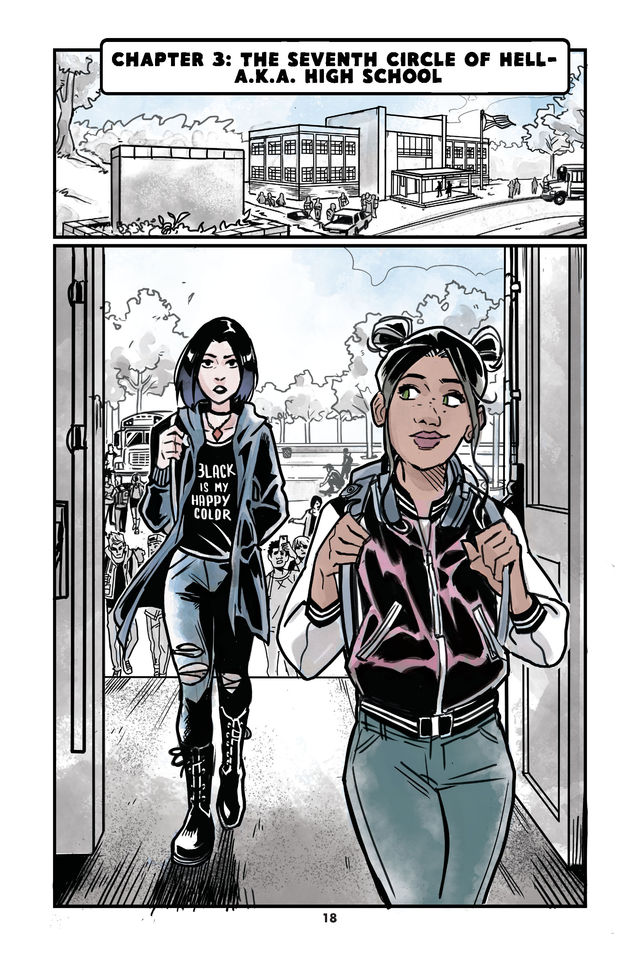 “One thing I love about Gabriel’s art is he’s very good at drawing different types of hair and features. You know he doesn’t default white. He doesn’t look at a character and assume they’re going to be white. I had to explain what default white and all that meant to him,” Garcia said.

Like many of the other DC Ink YA graphic novels, this book does not have a lot of colors: each page only has two or three colors maximum. The style makes each scene pop, but it’s also hard to distinguish different skin tones when only three colors are being used.

The splash of color works. It not only introduces a new character to the readers, but it gives the reader a different perspective of Raven and how she sees the world. And of course, it accomplishes the original goal of making sure the diversity of the characters is highlighted.

Setting the story in New Orleans was also another opportunity to talk about different cultures and religions. In the book, Raven’s friend and adopted sister Max and her Aunt Natalia are both Voodoo practitioners.

“I touched on it very lightly because I’m not a practitioner. I did research, but I feel like it’s not the same,” Garcia said. “I wanted to give her that identity because I feel like that’s such a part of New Orleans, and I also wanted to try and destigmatize the religion.”

Like Raven, Max also has her superpower, which is cool because Raven isn’t left to feel like she is entirely alone in the world. This sense of being in a place where supernatural powers are normal is another reason why Garcia wanted to set the story in New Orleans.

“New Orleans is a place where the Bottom of the Cup, one of the oldest operating tea rooms in America is. When you go to places like that, you’re not the only one,” said Garcia. I wanted Raven to be somewhere so that when she was finally brave enough to share that she had a power, it would be in a place where there were people who would likely believe her.”

The story is fantastic. It dives deep into the origin of Raven, and it deals with other issues such as depression, loss of a parent, and you know, the whole daughter of ultimate evil thing.

Picolo and Garcia have also been tapped to do a Beast Boy origin story. We don’t have a date yet as to when it will be released, but it’s sure to be just as exciting and diverse as Raven. The biggest takeaway from the graphic novel for me was the diversity, and just how fiercely Garcia fights for representation in her work. 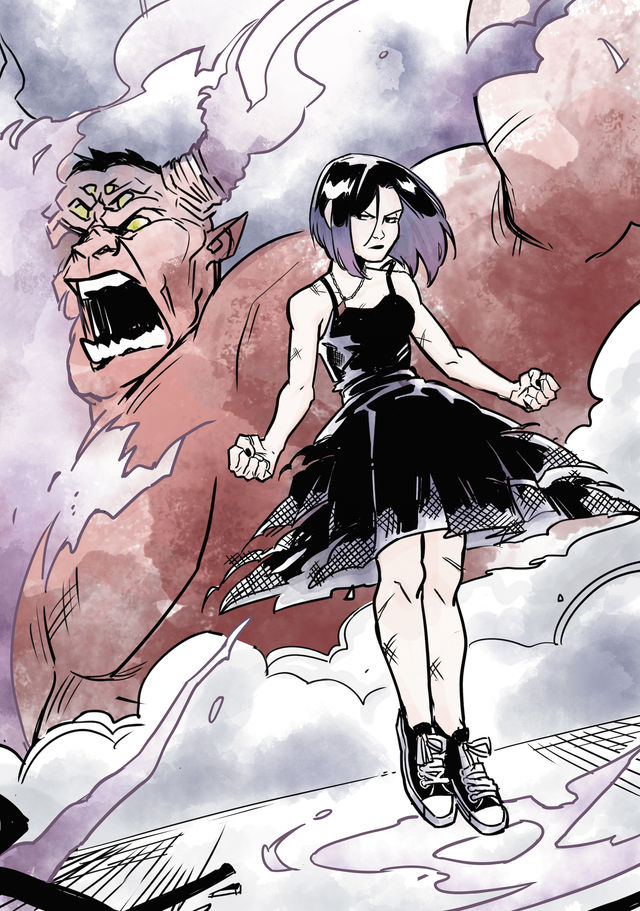 Garcia is the mother of two Latinx children – although she says she is often confused for being Latinx, it is her husband who is Cuban and where she gets the name Garcia. “My fierce protection and advocacy for diversity comes from teaching. It comes from growing up in a neighborhood that was diverse and seeing what it was like when we walked in 7-11, and people would look at my brown friends and not me,” Garcia said. “It comes from teaching in public schools, and seeing resources were not allocated evenly and fairly.”

By writing captivating graphic novels, Garcia is bringing Ravento an entirely new generation. And because this is an origin story, there is no prior reading necessary. Hopefully, Garcia and Picolo will be able to write an entire Teen Titans series: I mean, really guys, it would be super wicked.

Cecil Castellucci Is Writing The Batgirl We've Been Waiting For

Tags: Kami Garcia , Teen Titans , comic book , YA book
Support Feminist Media!
During these troubling political times, independent feminist media is more vital than ever. If our bold, uncensored reporting on women’s issues is important to you, please consider making a donation of $5, $25, $50, or whatever you can afford, to protect and sustain BUST.com.
Thanks so much—we can’t spell BUST without U.