Cecil Castellucci Is Writing The Batgirl We've Been Waiting For 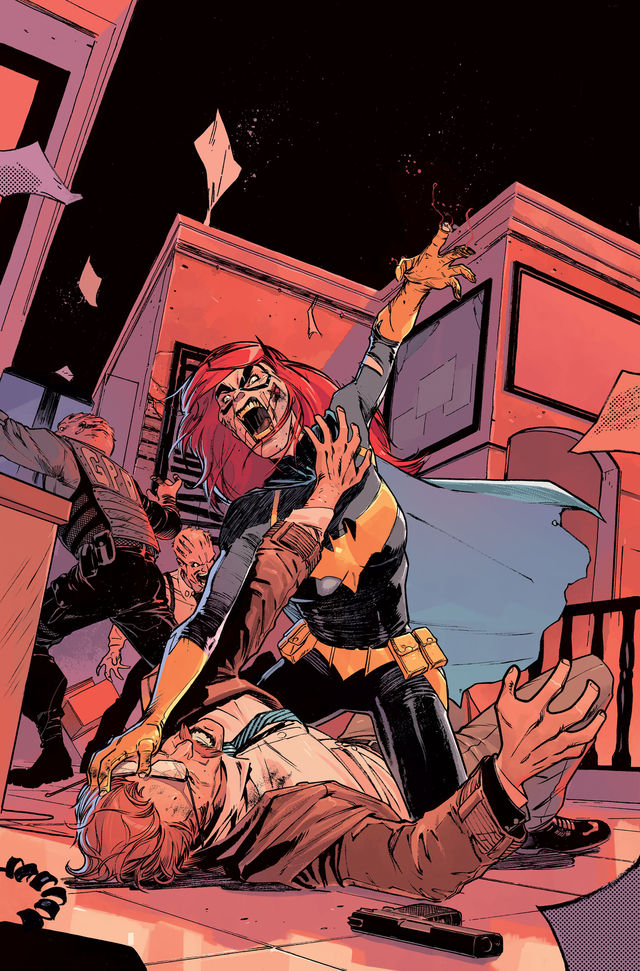 Cecil Castellucci has written various characters in different DC imprints, from Shade the Changing Girl to, more recently, Female Furies. And this fall, she will be writing her first title in the DC Universe with Batgirl.

Batgirl has had a long tradition with dope female writers taking the reins. Castellucci is taking her first go with the character in this summer’s Year of the Villain, Batgirl #37 Killer Infestation. Later this fall, she will take over the entire run of the series. Castellucci will pick up writing Batgirl after Mairghread Scott—another badass female comic writer—ends her current tenure with Barbara “Babs” Gordon.

First introduced in 1967 through Detective Comics, Barbara Gordon is the daughter of Commissioner James Gordon. She was often featured working with Batman and Robin. In 1988, Barbara Gordon’s story took a hard turn when she was shot as a civilian by the Joker inThe Killing Joke. The shooting caused her to become paralyzed.

Never one to stay idle, she later became the Oracle, a computer whiz who worked with Batman to solve crimes.

That comic and event sparked a great debate on how women and violence against women are depicted in comics. Like many other DC stories, it also brought a hint of realism and a lot of humanity to Barbara/Batgirl.

“You can’t write Batgirl and not address her trauma,” Castellucci said. 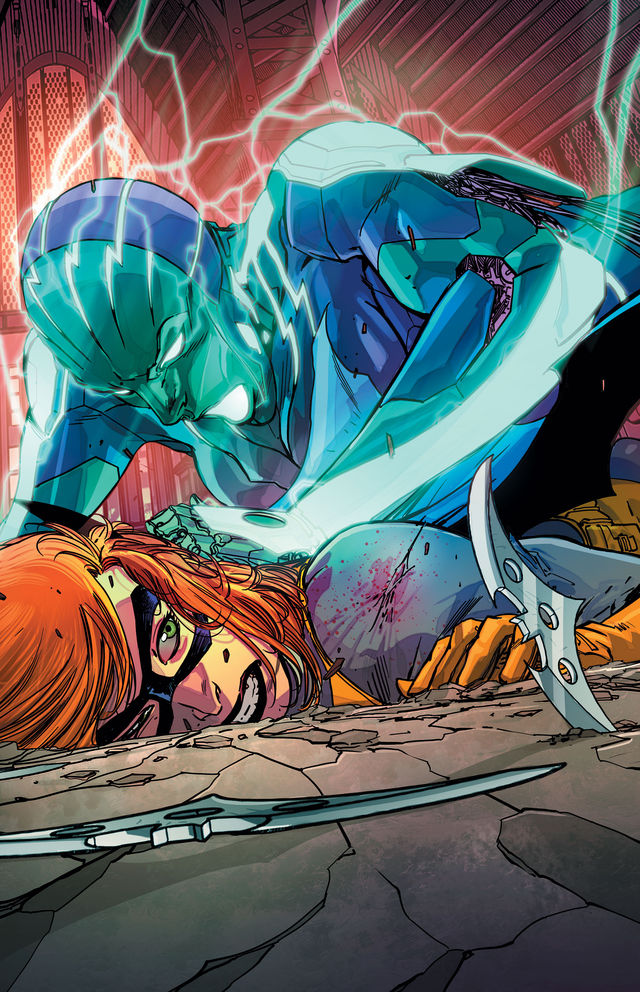 Batgirl is a special type of superhero: not only is she intelligent, agile, and has a great heart, but she is a character who has overcome a lot of trauma. “Her journey to being Oracle really showed her capacity for growth and her resilience, and I think she’s changed because she’s matured,” Castellucci said.

When we meet Barbara now in issue #37, she has her own personal history, but larger plans are at play as well.

“I’m coming in on an event, The Year of the Villain. When you come in on an event it’s a little trickier. Every single character and universe in the DCU is affected by this event,” Castellucci said.

The Year of the Villain is an ambitious comic event spanning over various stories in the DC Universe which began in May of this year. The mother of evil, Perpetua, has created a master plan with Lex Luthor to create an event so epic it will take all of the heroes in the DC Universe to stop her. The task of writing Batgirl within this larger event is a little tricky and very collaborative — tricky because, as Castellucci explained, writing a story in an event which is a part of a larger universe makes it hard to talk about the story. Giving info about one story may accidentally give away a spoiler from someone else's story.

“Even though you’ve got a plan of what you’re going to do, things change from month to month as you’re writing it," she said. "You are beholden to whatever is happening in other people’s books.”

In this story, Batgirl is battling with Moth, who hopes to receive an invitation from Lex Luthor to join him. He plans on doing this by defeating Batgirl and gaining their attention.

“After year of the villain, my intention is that Batgirl is forced to look at herself deeply, and is kind of shaken at her core. One of the things I love about Batgirl is how resilient she is and how much capacity for growth she has,” Castellucci said.

She explained that Batman as a character comes from trauma after witnessing the murder of his parents – that event marked him forever. Batgirl's origin, though, doesn’t come from her trauma. But “due to that trauma, all of the people who have taken Batgirl since she got the use of her legs back, we all have to reckon with the fact that she was shot by the Joker.”

That resilience and tenacity to survive and rise above her trauma have made countless fans to fall in love with her. Batgirl is one of the most accessible superheroes.

“I think the thing is, when we experience trauma, it’s very difficult to find a Northstar in the darkness to guide your way back to your home,” Castellucci said. “There is a before that happened and an after that happened. I think that superheroes when we find one that we can identify with, it allows us to Imagine and see a way to cope with our own struggles.”

Things will never go back to the way they were. When a traumatic event happens it changes us, and we may lose what we have gained back, but we grow and we learn.

Tags: Batgirl , Cecil Castellucci , trauma , comics
Support Feminist Media!
During these troubling political times, independent feminist media is more vital than ever. If our bold, uncensored reporting on women’s issues is important to you, please consider making a donation of $5, $25, $50, or whatever you can afford, to protect and sustain BUST.com.
Thanks so much—we can’t spell BUST without U.