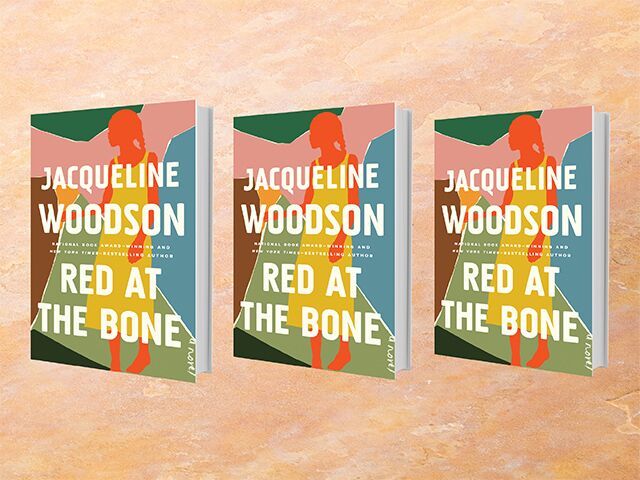 It's finally fall: the perfect time to head to a park or café with a book you just can't put down. Here are five new and upcoming novels, memoirs, and collections — all reviewed in our September/October issue — we're looking forward to reading the next few months.

Red at the Bone: A Novel
By Jacqueline Woodson
(Riverhead Books)

Melody’s 16th birthday is a time for celebration, but like every milestone in her life, it’s also a moment full of questions. Melody has them about the mother who has always been in and out—but mostly out—of her life. Her father has them regarding the future, now that his role as father of a child is shifting to father of a young woman. And Melody’s mother questions her relationship to motherhood itself, as she has ever since she became pregnant as a teen.

The latest novel by Jacqueline Woodson—acclaimed author of Another Brooklyn and Brown Girl Dreaming—Red at the Bone is a beautifully written examination not just of the bonds of family, but also of how alone one can feel within it. Chapters bounce around from Melody’s perspective to her parents’ to her grandparents’. Woodson paints a portrait of people who can barely remember who they once were, yet live with the echoes of their past selves every day. This lyrical novel makes the reader feel like they are present at a moment both they, and the characters, are attempting to unpack together. –Molly Horan 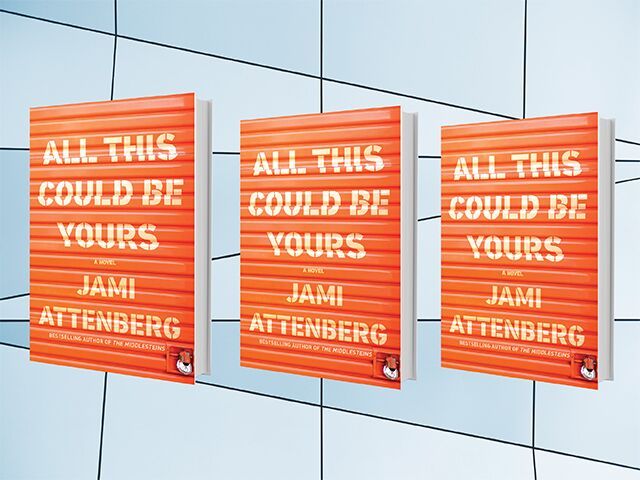 All This Could Be Yours: A Novel
By Jami Attenberg
(Houghton Mifflin Harcourt)

Novelist Jami Attenberg writes fascinating, complicated characters, and All This Could Be Yours connects a villainous old man on his deathbed with others you’ll instantly care about. Rather than a day-in-the-life, this is one day in the death of Alex and Gary Tuchman’s inscrutable, abusive, not totally un-Trump-like father. The family gathers in New Orleans to wait for Victor’s death, except Gary, who is AWOL in L.A. and not returning texts. Alex has flown in and wants answers from her cold, stylish mother. Why did she stay married all these years?

Despite the short time span, this story covers a lot of ground. The narrative follows one individual family member at a time, plus some unrelated characters, creating a rich account of what folks have done, remembered, and regretted. None of the Tuchmans are native to Louisiana, so hearing from locals as well gives New Orleans wonderful depth as a setting. Attenberg’s writing is funny and true, her observations bone-deep and nonjudgmental. Readers will be tempted to speed through, in a push to find out what happens next. –Meredith Grahl Counts 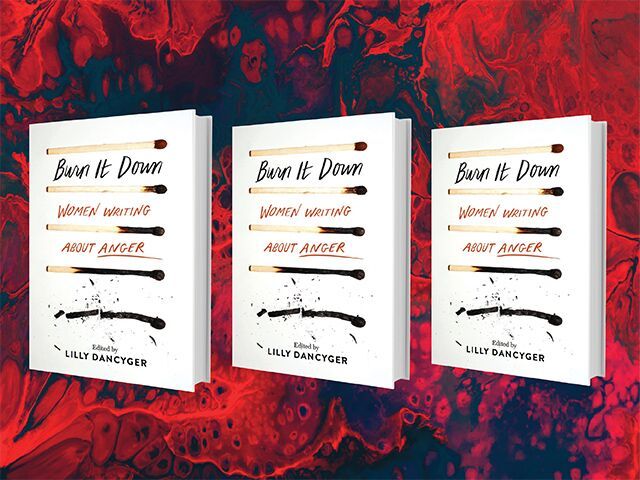 Burn It Down: Women Writing About Anger
Edited by Lilly Dancyger
(Seal Press)

Historically, angry women have been branded hysterical, dramatic, crazy, hormonal, and irrational. According to the essays in editor Lilly Dancyger’s debut anthology, Burn It Down: Women Writing About Anger, those are just a handful of demeaning labels casually dished out when a lady expresses her rage. In this collection, Leslie Jamison writes about her history of claiming that she doesn’t get angry, she gets sad. Melissa Febos reflects on an unapologetic camp counselor who used her rage as a means of protection. Evette Dionne unpacks the harmful, confining “angry Black woman” stereotype. Sheryl Ring discusses how misgendering is in fact an act of erasure. And Shaheen Pasha shares the layered complexity of being angry while Muslim American.

These essays and more prove that unexamined anger doesn’t just dissipate, it burrows into our guts and grows. As the former memoir editor at Narratively, Dancyger makes sure that readers not only understand each writer’s experience but also feel it. Burn It Down is both educational and cathartic. It infuriates and simultaneously relieves, ultimately concluding that anger is useful and necessary to our collective wellbeing. –Samantha Ladwig 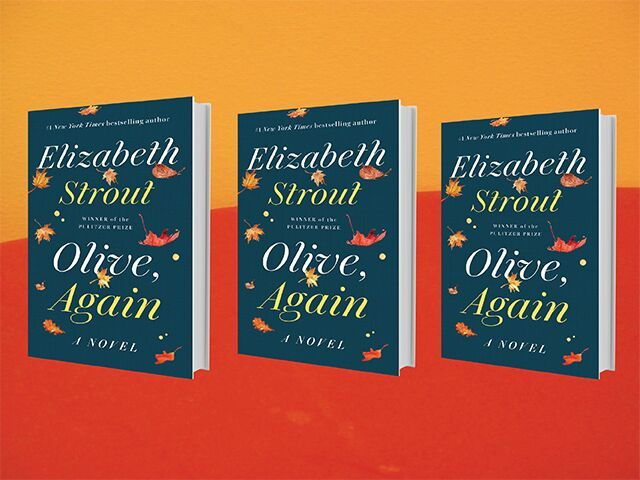 In this standout sequel, Elizabeth Strout adds another 13 interconnected tales to the story of Olive, the awkward and curmudgeonly heroine of the Pulitzer Prize-winning novel Olive Kitteridge. Strout picks up in the decade after the death of Olive’s husband, presenting Olive as she bumbles along, forming new relationships, getting her first pedicure, becoming a poet’s unexpected muse, and grudgingly experiencing the decline of her aging body. Sometimes Olive takes center stage, as when she helps deliver a baby in the backseat of her car; other times she appears only fleetingly, making a wry comment and then walking off, leaving others to play out deeply felt dramas.

Those who have followed Strout’s work will find references to characters from her other books, such as The Burgess Boys, but Olive remains particularly compelling for her unflinching honesty, which she turns as readily on herself as she does others. Touching on politics, migration, drugs, poverty, and prejudice, Strout has created a parallel world that feels so relevant it could be nonfiction. Once again, she proves herself to be a uniquely shrewd observer of human nature. –Erica Wetter 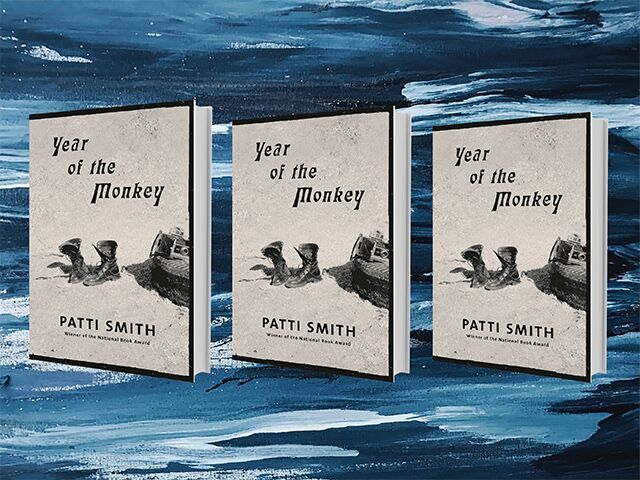 Year of the Monkey
By Patti Smith
(Knopf)

In the time since her exquisite memoir Just Kids won the National Book Award in 2010, godmother of punk Patti Smith has been documenting her travels with her pen and trusty Polaroid. In Year of the Monkey, her wanderlust drives her, at age 69, from San Francisco to Santa Cruz to Arizona to Kentucky to her home in New York, where plans for Australia take shape. Along the way, she meets fellow nomads, mourns for loved ones both in the process of dying and those long gone, and she drinks a whole lot of coffee.

A keen observer of the world around her, Smith is equally adept at documenting her inner terrain. But this travelogue is far more abstract than her previous work. Smith weaves in and out of dreaming and waking life without warning and no matter how real her characters appear, there is no telling when they will be revealed as figments of the author’s imagination. It’s difficult to make peace with Smith as an unreliable narrator after the steadfast clarity of her previous works. But wherever she wanders, it’s always worth the trip. –Emily Rems