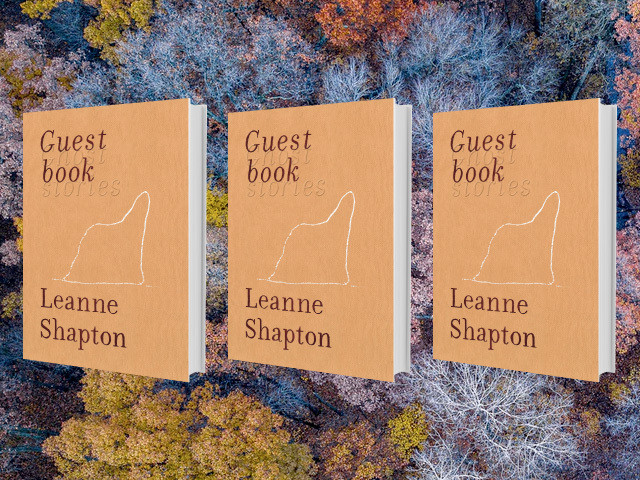 Artist and writer Leanne Shapton’s latest work is a quick read that packs an unexpected punch. Using black-and-white imagery and illustrations alongside sparse writing, she expertly manipulates the unsaid and unseen to evoke hauntings—both supernatural and entirely human. Some of her “ghost stories” are traditional. In “Peele House,” a dwelling’s inhabitants experience strange phenomenon linked to deaths on the property. Other stories are evocative of the way memories can haunt. “Sirena de Gali,” one of the most powerful stories, features pictures of dresses, pictures of the shop that sold them, and photos of those who once owned them. Captions include moving glimpses of where each dress was worn. While closer to an art object than a work of prose, there are moments when this restrained collection captures a raw emotional complexity that will haunt readers long after reading. (4/5)

Tags: books , book review , horror , ghost , paranormal , leanne shapton , fiction , short stories
Support Feminist Media!
During these troubling political times, independent feminist media is more vital than ever. If our bold, uncensored reporting on women’s issues is important to you, please consider making a donation of $5, $25, $50, or whatever you can afford, to protect and sustain BUST.com.
Thanks so much—we can’t spell BUST without U.