"A Serial Killer's Daughter" Is Terrifying Look Into One Father's Secret 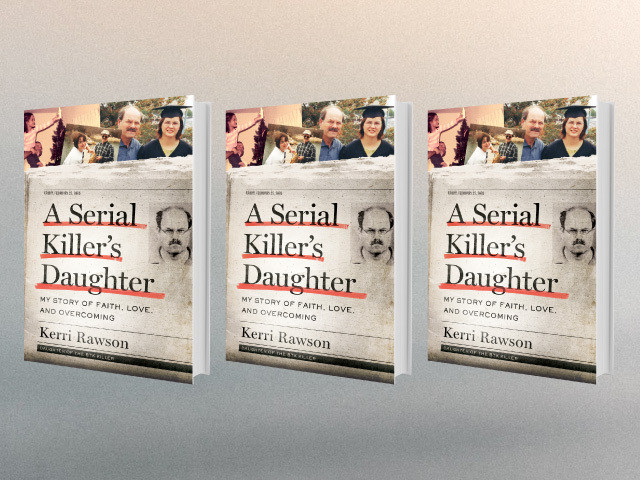 A Serial Killer’s Daughter: My Story Of Faith, Love, And Overcoming
By Kerri Rawson
(Thomas Nelson)

Kerri Rawson’s memoir starts on the worst day of her life. It “had begun as just another cold day,” she writes of February 25, 2005. But it ended with her discovering that her dad, Dennis Lynn Rader, was the BTK (Bind, Torture, Kill) killer. Rawson grapples with the times both before and after she was a serial killer’s daughter. Like those her dad murdered—“taking 10 lives over 17 years, then living the next 14 as if he hadn’t”—she is a victim, but one with survivor’s guilt. Hindsight forces the author to reflect on her life differently, asking questions that can’t be answered. Her dad’s rage issues are now much more sinister, as is his attention to home security. Happy childhood memories of her dad making her “funny looking eggs” are punctured by the reality that “a month later, [he] murdered a grandmother.”

Too often, the book gets caught up in extraneous anecdotes. But it’s at its best when Rawson wrestles with the fact that much of what she thought she knew about her family was a lie.

A Serial Killer’s Daughter: My Story Of Faith, Love, And Overcoming was published January 29, 2019. This article originally appeared in the July/August 2019 print edition of BUST Magazine. Subscribe today!

Tags: BTK Killer , book , book review , A Serial Killer’s Daughter: My Story Of Faith , Love , And Overcoming
Support Feminist Media!
During these troubling political times, independent feminist media is more vital than ever. If our bold, uncensored reporting on women’s issues is important to you, please consider making a donation of $5, $25, $50, or whatever you can afford, to protect and sustain BUST.com.
Thanks so much—we can’t spell BUST without U.