Pam Grossman is known to be a badass in the occult scene: she’s respected and admired for her knowledge and dedication to her magical practice. The author and host of “The Witch Wave” podcast has just written a new book—which is amazing in every way.

In Pam Grossman’s latest book, Waking the Witch: Reflections on Women, Magic, and Power, she reflects on her journey to becoming a witch, creating an alchemical blend of honesty, sincerity, wisdom, strength, and humor. From her explorations as a “teen witch” to her magical awakening, Grossman sheds light on what being a witch and a woman mean—and how both identities combined can help us empower ourselves.

Waking the Witchis an inspirational celebration of strength. The book forces us to take a deeper look inside and own our authentic selves, with no remorse. Even if you are not a witch, you will take note of Grossman’s brilliant underlying message that magic lies within us all.

What does being a witch mean to you?

It honestly depends on context and who's asking, because "witch" is such a shape-shifting word, and I use it myself both literally and metaphorically. But my answer today is that being a witch means that I am someone who uses the power of her imagination, intention, and attention to make positive change in her life and in the world, so we can all thrive equally and be free.

When did you first realize you were a witch? What led you to this self-discovery?

When I was little, I loved stories with magical female protagonists in them, from novels like Wise Childby Monica Furlong to films and cartoons like Labyrinth and She-Ra to myths from various cultures. I was also a super creative kid, and would intuitively do rituals and deep, fantastical play in my backyard woods, like a lot of kids do. But I didn't start thinking of myself as a witch privately until I was a teenager, and discovered spell books in New Age shops or the occult section of the mall bookstore. I would experiment with these books, and eventually start making up my own spells, which were shockingly effective. At this same time, I also got obsessed with Sandman comics; badass, bewitching musicians like Tori Amos, PJ Harvey, and Bjork; and female surrealist painters like Remedios Varo and Leonora Carrington. All of this art very much affirmed my belief that creativity and intuition are as important to magic-making as following a specific spell in a book.

As I got older and studied more, my magical practice and my creative practice became intertwined. I also became more interested in the divinity of nature and the body, and eventually found my way to a wonderful teacher, the herbalist and green witch Robin Rose Bennett. I began taking classes with her in 2009 and then became part of her apprenticeship coven for several years. It was during this time that I felt emboldened to begin calling myself a witch publicly.

Explain your personal relationship with magic.

Magic is something that I'm in constant relationship with, and it is a co-creative entity. I need to be present for it and working with it or else it just passes by. It affects the material world, but it operates in the immaterial realm of energy, symbol, and what I'll call poetic action. In other words, I'm making magic when I'm doing a spell or ritual, writing or working on a project with intention, or doing anything that shifts consciousness to a place that is heightened, more aware, and more receptive. It is something I'm devoted to and I'm learning more about it all the time. And it continuous to be mysterious, but it works, or I honestly wouldn't bother with it!

What impact do you hope magic and witchcraft will have on the generations to come?

I hope it will allow people to realize that we are each responsible for our own spiritual lives, and that we can use the power of our imaginations and our interconnectedness to remake any aspect of the world that we want to. That means living more genuinely and joyfully as individuals, but it also means that we have the ability to dismantle the white, cisheteronormative patriarchal structures that are damaging to so many of us, and to our planet overall.

If witchcraft has taught me anything, it is that we each have the ability to conjure change as individuals, but we also have the responsibility to be of service to something greater than ourselves. There is Spirit in everything and everyone. And so we are here to heal and fortify and manifest our dreams, yes. But then we must use that power to take care of each other.

What advice do you have for teenagers who are first embracing their inner witch?

I often recommend newbies set up a little bit of space for themselves that feels truly sacred. This can be as elaborate as an altar with flowers, candles, and holy figures, or as low key as an Altoids tin filled with stones or pictures of an artist, activist, or ancestor who inspires you. What's important is that this is an area that feels safe and personal, and that is designated only for connecting with Spirit (or whatever word for sacred presence that feels right to you). So while your locker might be decorated with icons and inspiring quotes, it's not quite an altar because it's also being swarmed with all kinds of other energy. This little altar is for undivided, divine focus. You can check into it whenever you feel called to ask Spirit for guidance, give gratitude, or just say hi.

Being a teenager is hard because you are beginning to realize who you really are, and yet you are still beholden to the constraints of family, school, and your peer group. But setting up a magical space that is just for you and Spirit alone can help you learn to trust you inner voice, and connect with what you truly love and what you are meant to be doing.

Witches seem to be everywhere right now. Why are they suddenly so popular?

Well, this actually isn't the first time we've seen this happen. Our feelings about witches reflect both our fears and our fantasies about female power. With each wave of feminism, we've seen a renewed interest in witches, because feminists tend to sympathize with the idea of tremendously gifted women who are perceived by the patriarchy as being a horrific threat. But I do think what's happening now is different, or at least grander in scale, because you have so many women, femmes, queer people, and people of color who are gaining bigger platforms and looking to restructure the world into a place where we are allvalued. The witch is a perfect symbol for that because she represents everything that is subversive, alternative, and other. So I don't think the popularity of witches is just a trend, but rather a sea change. Witches are the future.

In your book, you describe what constitutes a witch both historically and in pop culture. Do you believe that we all have an inner witch within us all? How do we access that part of ourselves?

There are so many ways to be a witch, which is why I ended up writing an entire book on it! Some people use that word to denote that they are feminists or that they have a desire to subvert an oppressive, sexist status quo. Some people use it ironically, in the same way "nasty woman" went from an insult to a self-proclaimed badge of pride. There are those who use it to signify that they honor and protect the most vulnerable among us – and that includes all organisms, not just people. And there are certainly those who use it to mean that they practice some sort of witchcraft or alternative mode of spirituality, healing, or divination. But one thing is for sure: that since the 19th century and certainly since the first wave of feminism, this word has gone from a negative epithet to one that's associated with brilliant, unapologetic, feminine power. And that's something we could all use more of these days. 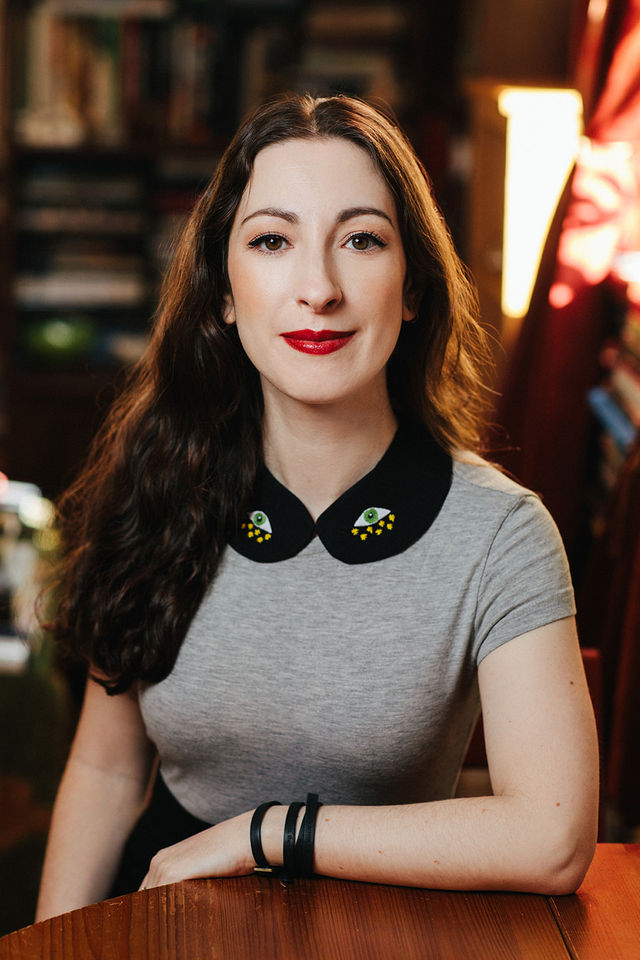 Understanding The Queens In Tarot