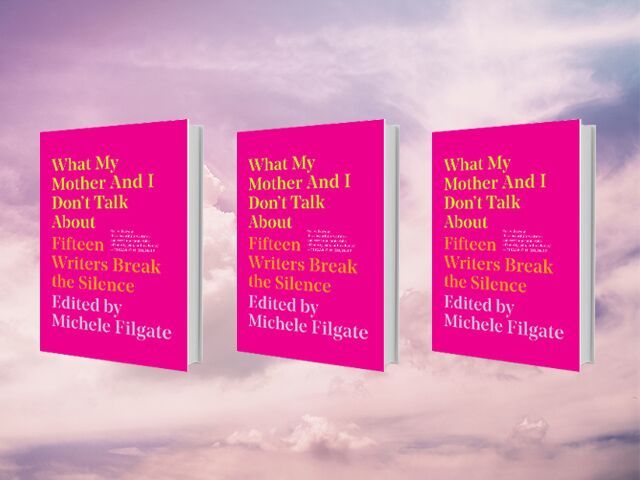 What My Mother and I Don’t Talk About: Fifteen Writers Break the Silence
Edited by Michele Filgate
(Simon & Schuster)

Editor Michele Filgate’s anthology, What My Mother and I Don’t Talk About, is a book revealing just that—unspoken conversations between authors and their mothers that have shaped their relationships for better or worse. It was inspired by Filgate’s Longreads essay by the same name, which grappled with her stepfather’s abuse, her mother’s silence, and the wedge it drove between them. Moving and important, the essay went viral when it was published in 2017. Similar stories of estrangement are scattered throughout this absorbing collection of essays, along with secret histories and tales of too much (or not enough) love. And like Filgate’s original essay, this anthology—which features work by Alexander Chee, Carmen Maria Machado, Melissa Febos, Kiese Laymon, Sari Botton, Dylan Landis, and others, including Filgate herself—is rooted in attempts to heal.

What My Mother and I Don’t Talk About concludes that there is no one-size-fits-all model for motherhood. Instead, these essays successfully highlight how, when we willingly or unwittingly buy into the cultural mold of “mother”–a selfless, uplifting, and loving protector with no past—no one wins.

What My Mother And I Don't Talk About was published April 30, 2019. This article originally appeared in the May/June 2019 print edition of BUST Magazine. Subscribe today!

The Belladonna Co-Founder Caitlin Kunkel On “New Erotica for Feminists”