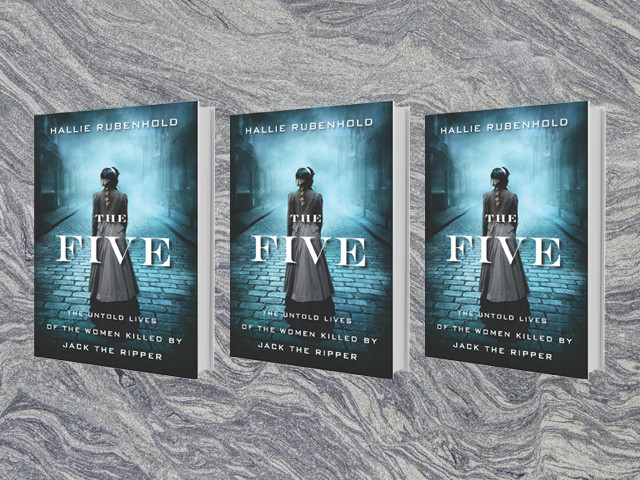 The Five: The Untold Lives of the Women Killed by Jack the Ripper
By Hallie Rubenhold
(Houghton Mifflin Harcourt)

Forget everything you thought you knew about Jack the Ripper, the most infamous unidentified serial killer of the 19th century. Historian Hallie Rubenhold’s The Five tells another version of the events of 1888, taking a closer look at the five victims whose stories have been all but ignored. This is not that surprising since, historically, victims have never been the focus of serial killer tales.

Here, the five victims—Mary Ann “Polly” Nichols, Annie Chapman, Elizabeth Stride, Catherine “Kate” Eddowes, and Mary Jane Kelly—are brought back to life. No easy feat since the records from this case relied heavily on problematic eyewitness testimony or were lost to time. It’s why Rubenhold uses historical context to pad these women’s stories, which unfortunately gives readers a better sense of the era than of these specific women. She does, however, refute the long-held notion that Ripper’s victims were prostitutes. Instead, she found that these women were simply born into the poverty and misogyny of the time. Jack the Ripper continues to be a mystery, but these women are now less so. (3/5)

The Five: The Untold Lives of the Women Killed by Jack the Ripper was published February 28, 2019. This article originally appeared in the May/June 2019 print edition of BUST Magazine. Subscribe today!

Tags: book review , The Five: The Untold Lives of the Women Killed by Jack the Ripper , Jack the Ripper
Support Feminist Media!
During these troubling political times, independent feminist media is more vital than ever. If our bold, uncensored reporting on women’s issues is important to you, please consider making a donation of $5, $25, $50, or whatever you can afford, to protect and sustain BUST.com.
Thanks so much—we can’t spell BUST without U.