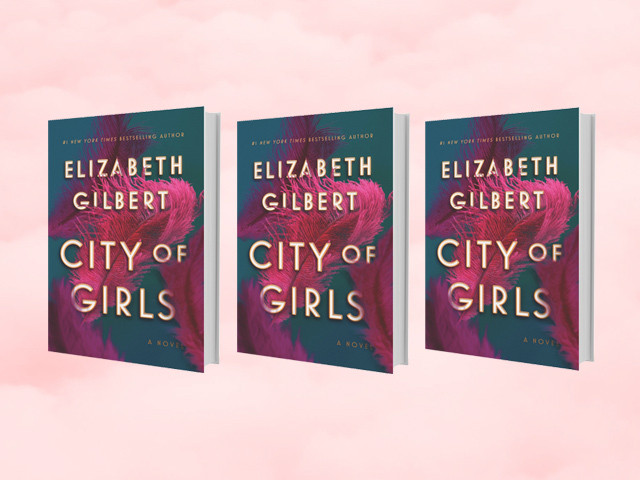 City of Girls: A Novel
By Elizabeth Gilbert
(Riverhead Books)

It’s hard to avoid being charmed by Vivian Morris, the 90-something-year-old protagonist of Elizabeth Gilbert’s latest novel, City of Girls, as she tells the story of her early days in New York City. Vivian’s honest, unabashed excitement in her youth will even let you overlook what she describes as her unwavering self-interest, the kind of self-involvement that means she has no sense of the coming war or what it could mean for the men and women of the city she comes to love.

City of Girls is more than a love letter to New York—it’s a colorful portrait of what it means to be part of a theater company, or more accurately, to become a “theater person.” As Vivian introduces each new cast member that made up her life at her aunt’s old Times Square theater, the spaces offstage become more lively than what’s left onstage. Luckily, Gilbert brings the reader into every moment happening just behind the curtain. (5/5)

Tags: book review , book , City of Girls , Elizabeth Gilbert
Support Feminist Media!
During these troubling political times, independent feminist media is more vital than ever. If our bold, uncensored reporting on women’s issues is important to you, please consider making a donation of $5, $25, $50, or whatever you can afford, to protect and sustain BUST.com.
Thanks so much—we can’t spell BUST without U.