Details
BY BUST Magazine
IN Books
Published: 28 May 2019 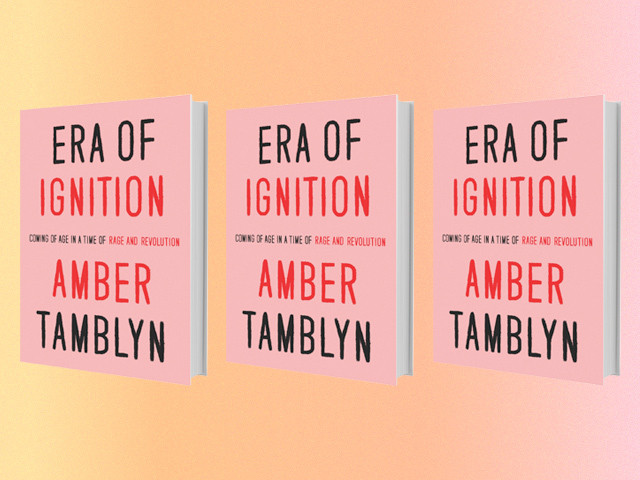 Era of Ignition: Coming of Age in a Time of Rage and Revolution
By Amber Tamblyn
(Crown Archetype)

On the cusp of her 30th birthday, actor/writer/director Amber Tamblyn felt like her career was getting away from her, and she wasn’t sure what came next. She was experiencing a “Saturn Return,” an astrological phase that refers to the return of Saturn every 29 years to its location at your birth. It is meant to bring clarity and determination to your new phase of life—what Tamblyn calls an “era of ignition.” For her, this meant making a movie, writing a book, becoming a mother, and becoming an activist ignited by the election of Donald Trump.

Part memoir, part manifesto, Era of Ignition demonstrates Tamblyn’s thoughtful eye for social justice, feminism, and culture. She brings in marginalized voices and ends the book with a heartfelt letter to her daughter. But much of what Tamblyn writes has been covered by others. While at times a joy to read, this call-to-action could go deeper. (4/5)

Era of Ignition: Coming of Age in a Time of Rage and Revolution was originally published March 5, 2019. This article originally appeared in the May/June 2019 print edition of BUST Magazine. Subscribe today!

Amber Tamblyn Tells The "Poptarts" Podcast, Working With #TimesUp Is Like "Building a Plane While Flying It"

Why Amber Tamblyn Wrote A Novel About A Female Serial Rapist

Tags: Amber Tamblyn , Era of Ignition: Coming of Age in a Time of Rage and Revolution , Saturn Return
Support Feminist Media!
During these troubling political times, independent feminist media is more vital than ever. If our bold, uncensored reporting on women’s issues is important to you, please consider making a donation of $5, $25, $50, or whatever you can afford, to protect and sustain BUST.com.
Thanks so much—we can’t spell BUST without U.