Details
BY Mimi Matthews
IN Books
Published: 22 May 2019 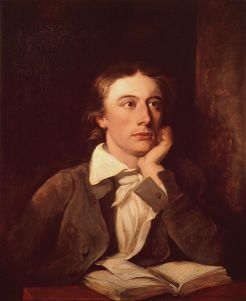 Nearly 195 years after John Keats’ death, even the most non-poetic amongst us can still quote the first line of Endymion: “A thing of beauty is a joy forever…” Yet, upon its release in 1818, Endymion was so harshly reviewed by Blackwood’s Edinburgh Magazine that Lord Byron was prompted to write that the sensitive Keats had been “snuffed out by an article.”

And what an article! Between referencing the “imperturbable driveling idiocy of Endymion” and snidely referring to Keats as “Johnny” and “Mr. John,” John Gibson Lockhart (writing for Blackwood’s) took jabs at Keats’ education, his middle-class upbringing, and even his former career as a licensed apothecary. According to Lockhart, Keats was an “ignorant, unsettled pretender” and an “uneducated and flimsy stripling…without logic enough to analyze a single idea, or imagination enough to form one original image.” He closed his scathing critique with the following prediction:

“We venture to make one small prophecy, that his bookseller will not a second time venture 50 quid upon anything he can write. It is a better and a wiser thing to be a starved apothecary than a starved poet; so back to the shop Mr. John, back to plasters, pills, and ointment boxes.”

For a time, Keats considered doing just that, giving up his poetry and returning to Edinburgh to resume his medical studies. Ultimately, with the support of a small circle of friends, he continued writing and, in spite of poor reviews and even poorer health, went on to produce some of his finest work, including such masterpieces as Ode to a Nightingale, Ode on a Grecian Urn, and Bright Star. 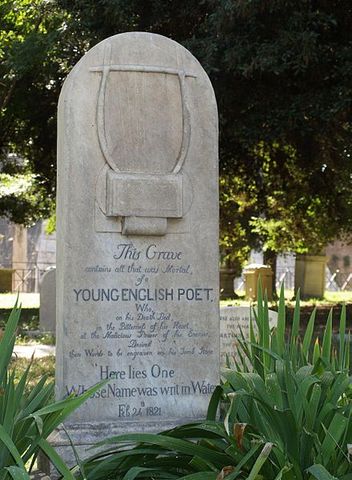 Sadly, Keats career was not destined to last. On February 23, 1821, just two and half years after the Blackwood’s article, he died in Rome of tuberculosis. He was only twenty-five. Convinced that the critics had hastened his demise, his friends, Joseph Severn and Charles Brown, added the following words above the brief epitaph that Keats had requested for himself:

"This Grave contains all that was Mortal, of a YOUNG ENGLISH POET, who on his Death Bed, in the Bitterness of his heart, at the Malicious Power of his enemies, desired these words to be Engraven on his Tomb Stone: Here Lies One Whose Name Was Writ in Water."

Did the critics drive John Keats to an early grave? Some of his contemporaries certainly thought so. Yet in the end, Keats was not killed off by one critique. Nor was his name writ on water. Instead, he lives on as one of the most beloved and well-known of the nineteenth-century English Romantic poets.

And John Gibson Lockhart? Well, I would venture to guess that if it were not for his connection with John Keats, most of us would not even know who he was.

How Georgian And Regency Literature Shaped Society's View Of Cats

Tags: mimi matthews , john keats
Support Feminist Media!
During these troubling political times, independent feminist media is more vital than ever. If our bold, uncensored reporting on women’s issues is important to you, please consider making a donation of $5, $25, $50, or whatever you can afford, to protect and sustain BUST.com.
Thanks so much—we can’t spell BUST without U.