"Last Night In Nuuk" By Niviaq Korneliussen Is Young, Queer, And Greenlandic

Details
BY BUST Magazine
IN Books
Published: 14 May 2019 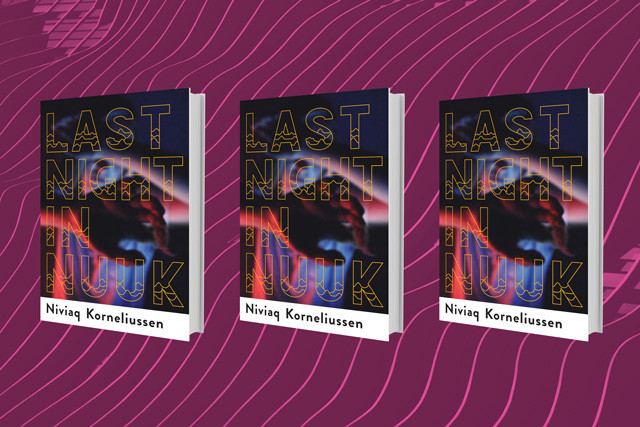 Last Night In Nuuk earned acclaim when it was originally published in Greenlandic and Danish in 2014, under the title Homo Sapienne. Its author, Niviaq Korneliussen, is young, queer, and Greenlandic, just like her novel’s five main characters. The New Yorker has described her as “perhaps [Greenland’s] most widely read living novelist” and called her work “a turning point in the island’s literary history.” Translated into English by Anna Halager, the book follows Fia, Inuk, Arnaq, Ivik, and Sara, whose paths cross during one eventful night out.

The novel is separated into five sections, each narrated by a different character. The first section is one of the strongest—we follow the smart, funny, passionate Fia as she ends an unsatisfying relationship with her boyfriend (“Dry kisses stiffening like desiccated fish”) and falls hard for a woman, Sara (“If God’s a woman, she’s more beautiful than God”). Other sections—particularly the closing section, Sara’s—rely too heavily on text message transcripts, hashtags (“#nowayback”), and song lyrics. Overall, though, Last Night In Nuuk is a vibrant novel that gives American readers a glimpse of modern Greenlandic life. (4/5)

On Relating To The Girl In "Cat Person"