Details
BY BUST Magazine
IN Books
Published: 07 May 2019 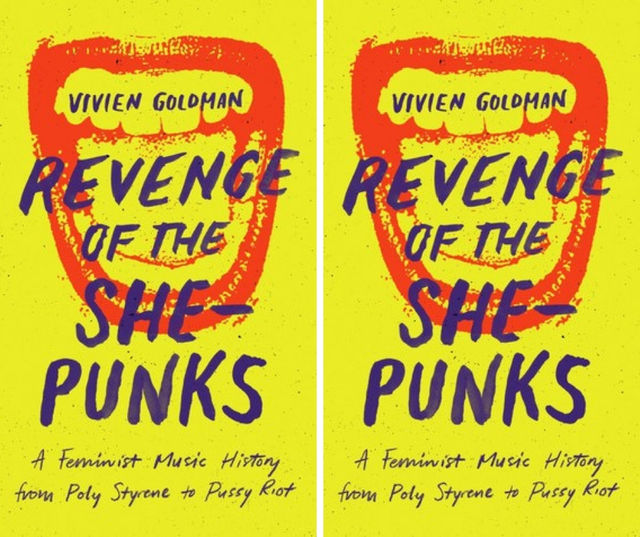 Revenge of the She-Punks: A Feminist Music History from Poly Styrene to Pussy Riot
By Vivien Goldman
(University of Texas Press)

Many books chronicling the history of punk focus on male performers, relegating women to the footnotes. But author Vivien Goldman turns the tables, zeroing in on the rise of women from the 1970s punk scene up until the present day. Having performed as a punk musician herself, in addition to working as a journalist and manager of punk acts, Goldman describes the role of women in the scene not as a passive observer or distanced researcher but rather as an active participant with a first-person account.

These bits of memoir woven into the book enliven it. Goldman shares her own experiences as both an avid music fan and performer, describing her encounters with such legends as the Slits and Patti Smith. Each thematically focused chapter also includes an accompanying play list (one which features Goldman’s band) bringing the words on the page to life. Revenge of the She-Punks is an engaging and politically charged exploration of women in music looking to the past, present, and future. (4/5)

Revenge of the She-Punks: A Feminist Music History from Poly Styrene to Pussy Riot was published May 7, 2019 by University of Texas Press.

Tags: Revenge of the She-Punks , Poly Styren , Pussy Riot , book reviews , punk
Support Feminist Media!
During these troubling political times, independent feminist media is more vital than ever. If our bold, uncensored reporting on women’s issues is important to you, please consider making a donation of $5, $25, $50, or whatever you can afford, to protect and sustain BUST.com.
Thanks so much—we can’t spell BUST without U.