Details
BY BUST Magazine
IN Books
Published: 06 May 2019 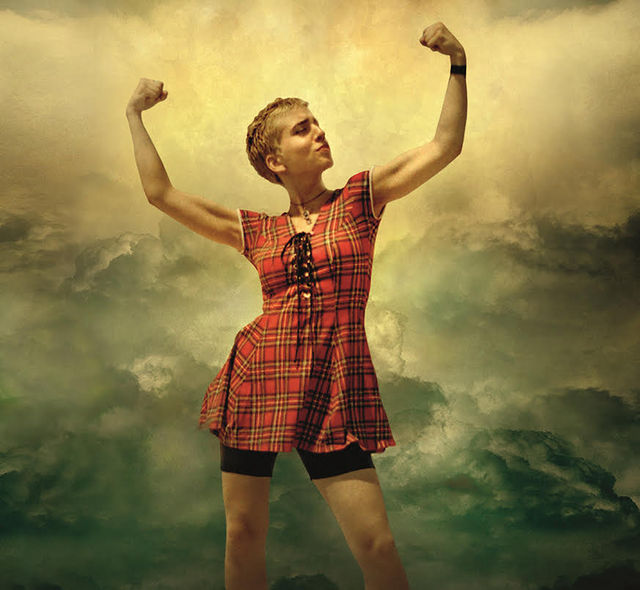 ROCK GODDESS ANI DIFRANCO TELLS ALL IN HER NEW MEMOIR

Having written 21 folk-rock albums and two books of poetry, Ani DiFranco is used to putting her thoughts down on the page. But working on her new memoir, No Walls and the Recurring Dream (out May 7), forced her to flex a set of muscles she hadn’t used before. “The experience of writing songs is often trancelike,” she explains. “The book thing was much more like whittling—it felt like sculpting out of a huge rock.”

No Walls focuses mainly on the first 30 years of DiFranco’s life, with fewer pages devoted to her music career than her ideas about life, art, and politics. DiFranco, now 48, founded her own record label to avoid dealing with the corporate machinery of the mainstream music industry, so it won’t come as a surprise to her fans that she hasn’t written a typical rock memoir, either. Calling me from her home in New Orleans, DiFranco talks about how writing this book scared her and whether No Walls 2 is in her future.

How long has the book been in the works?
The idea was floating around for a lot of years. Once I thought, “Yeah, I should write a book, part memoir, part how-to—a ‘How to construct a career in music on your own’ kind of vibe.” That ship sailed, but the idea came back two years ago, when I got together with a fancy New York book agent. She looked me in the eyeballs and said, “You can do this.”

You’ve been either touring or recording for 30 years, so how did you find the time to write a book?
That was a little insane. I was writing on tour a lot, which was extremely taxing on my hands, arms, wrists, shoulders, neck, life, and brain. But I’ve got a couple kids, so when I was at home, I felt like I had even less time. I had to work when they were sleeping or at school.

You’ve always been autobiographical in your music. But was there anything you were nervous about including in your memoir?
Oh yeah, definitely—it was really scary to talk about people I still have relationships with, like my family. It’s hard to know how to be respectful and loving but true. Where is the balancing point between saying the goddess’ honest truth and keeping yourself safe?

Lots of memoirs by musicians are like, “First we made this record, and then we made this one, and we used this pedal effect…” but your book is very much not that. Was that a conscious choice?
It was conscious in the sense that I don’t remember that shit. That’s not what I think about. I just operated like I generally do making art, which is from my spleen. I was much more compelled to talk about my ideas than about what happened. I’d get all excited pontificating about shit I care about, and then when it was time to tell what happened some more, I was like, “Ugh, oh God.”

The book stops abruptly around 2001. Why did you end it there?
That was a real turning point, my first big come-to-Jesus moment, so to speak. This life that I’m living now feels like a different life. I couldn’t imagine putting this woman and this life in the same book as that girl.

Does that mean there’s potential for a sequel?
We’ll see! I have no idea what happens next after I release all these political, social ideas that I’m sure I’m gonna get plenty of shit for. Talking about people in my life, I don’t know if relationships will get strained or ruined. I’m about to find out. You throw things at the world and you find out a lot based on how it bounces back or how it falls flat. That part of the journey hasn’t even begun yet.

No Walls and the Recurring Dream will be published May 7, 2019.This article originally appeared in the May/June 2019 print edition of BUST Magazine. Subscribe today

Tags: Ani DiFranco , No Walls and the Recurring Dream , memoir