Details
BY Kat McQuade
IN Books
Published: 03 May 2019 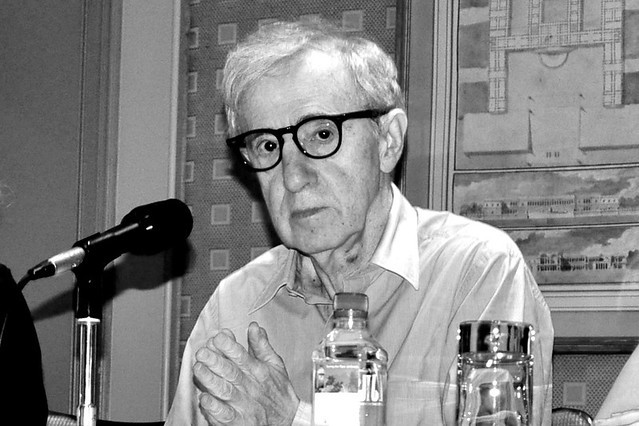 Director and alleged child molester Woody Allen has been pitching a memoir to publishers. According to a report from The New York Times, four major publishing houses have turned him down, some saying that they refused to even read the reportedly completed manuscript. “Some publishing executives have used the word ‘toxic’ when describing the challenges of working with Allen” in the current #MeToo environment, the Times wrote; many have cited commercial and publicity risks when explaining their refusal to work with Allen.

The contents of the memoir are currently unknown and none of the publishers who have spoken with The New York Times know if he has made a deal.

Allen has been facing public scrutiny again, as the Harvey Weinstein scandal has brought many controversial figures in the entertainment industry to light. In the early 1990s, Allen began an affair with his adoptive daughter, Soon-Yi Previn. The following August of 1992, his adoptive daughter Dylan Farrow and now ex-wife Mia Farrow accused him of molesting a then seven-year-old Dylan.

Recently, Amazon Studios broke their four-movie deal with Allen (legal proceedings are currently underway, as Allen is suing the studio for $68 million) and has indefinitely shelved what was supposed to be the first movie in the deal, A Rainy Day in New York. Actors Ellen Page, Evan Rachel Wood, Hayley Atwell, Colin Firth, Mira Sorvino, Micheal Caine, Timothée Chalamet, Greta Gerwig, Rebecca Hall, and others have stated they either would never work with him again and/or regretted working with him.

Currently, Allen is filming a new film in Spain and still has support from a number of actors and prominent figures in Hollywood, including Kate Winslet and Jude Law.

Whether Allen’s memoir will ever see the light of day is still an unknown, but if what's certain is that the law, Hollywood, and the general public have supported Allen at nearly every turn, despite mounting evidence of abuse and misconduct and the power of the #MeToo movement. (And for some reason, everyone seems to forget that he married his own daughter.) Even if this memoir does reach the shelves of your local Barnes & Noble, you can be certain we won’t be reviewing it here at BUST.