Details
BY Isabel Sophia Dieppa
IN Books
Published: 03 May 2019 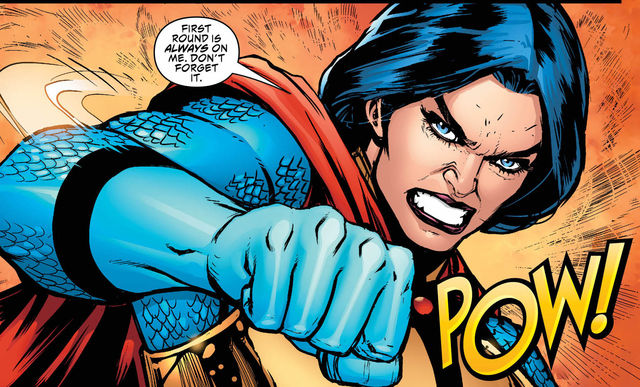 When comic books first came about, they were supposed to be stories about heroes saving the day, and by today’s standards many comics from the golden period would be considered sexist, no matter how strong the central female character was.

Thankfully, in 2019, this has been changing. More women and marginalized voices are writing comics, and more comics are starting to address larger, societal issues. One such comic is Cecil Castellucci’s newest work with DC Comics, the six-issue mini series Female Furies.

Set on the hell planet Apokolips, Granny Goodness (a well-known villain of the New Gods) is in charge of the Female Furies, an all-female team of villains. Granny was the only woman working on Darkseid’s team and she founded the Furies. (Darkseid is the tyrannical leader of planet Apokolips, and one of the most powerful evil beings in the DC). Granny, a product of her time, put up with sexual harassment—she saw it as a price that must be paid in order to get what she wanted.

The story dives into the world of the Furies and the sexual, emotional and physical abuse they face from their male colleagues.Granny Goodness was the only woman on Darkseid’s team, and as a result, she experienced sexual harassment as a young woman; years later, when the Female Furies are assembled, that harassment—and the expectation to accept it—continues.

What makes the book interesting is that Apokolips is a hell planet where villains live and all the women are villains, but Castellucci manages to bring empathy to these characters who, at first glance, might not be so sympathetic.

Castellucci came up with the idea after finishing her run on Shade the Changing Girl with DC’s Young Animal imprint. Castellucci says she was interested in doing something within the DC Universe and approached DC co-publisher Dan Didio with various ideas. “They were all very boy-heavy, and referencing ‘boy’ pop culture things and I said ‘ugh, well, where’s your Handmaid’s Tale?’ And he said ‘well, that is a very interesting thought,’” Castellucci told BUST at Chicago’s Comic Con C2E2. “And he said, ‘well, if you can crack Female Furies with that kind of lens, then you know we can talk.’”

Castellucci went home and read Jack Kirby’s Fourth World Omnibus and was inspired instead to create a story relevant to the #MeToo movement.

“I already knew going in—and they already knew I was going to be talking about real world issues that we’re dealing with, and looking at the Female Furies through that lens,” Castellucci said.

Castellucci took a lot from Fourth World Omnibus. She says she was struck by how much of the story she was writing she pulled from Kirby’s book, which also focuses on the world of Apokolips. “I’m just turning up the volume on some of the things that are already inherent in that book. It’s not that Jack Kirby was sexist or anything like that—it’s just that he was a product of his time, and he was looking at things in a much different way,” she explained. 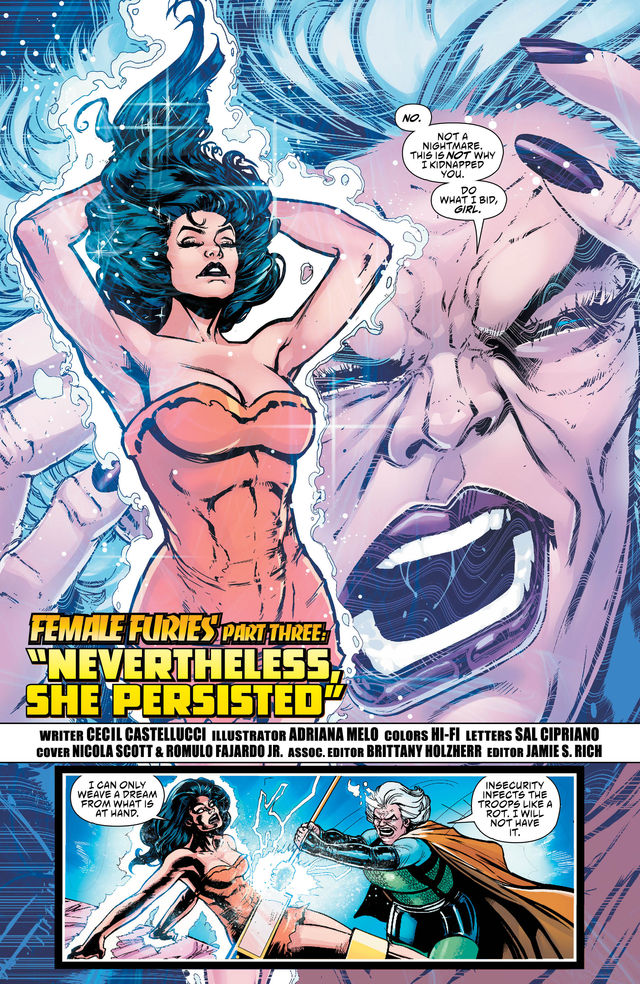 In the news and the zeitgeist, we seem to finally be reckoning with how widespread sexual misconduct and sexism is across industries. Industries that have been purveyors of sexism, whether on purpose or unintentionally, are rethinking the roles they’ve played in toxic cultures that modern movements are addressing. And in the comics world, this could mean either the characters and the content or the people working in the industry themselves.

DC Comics fired editor Eddie Berganza in 2017 after allegations came forward of him forcebly gropping or kissing coworkers. In 2018, DC’s Vertigo imprint abruptly ended a very successful comic, Border Town, after sexual abuse allegations surfaced against creator Eric Esquivel. These companies are starting to believe victims and do the work to undo years of harmful thinking, whether that thinking relates to how women and marginalized voices are portrayed, who gets hired to tell these important stories, and which stories are being told.

“We don’t need to accept that [there’s] only way to tell a story. You know, with diversity with women, we have stories too, and we’re part of it. So when you look at the Fourth World, the Female Furies and the women are almost non-existent, they’re so much in the corner of that story. I’m just bringing them to the center of the story,” Castellucci said. “And I have to give credit to DC Comics for making it a mainstream comic. I feel like that’s number one. The more you make these stories not on the fringe but sort of the main titles, I think that’s going to help.”

On that note, Castellucci said she hopes her work reaches audiences that might not necessarily know much about the world of comics, or the world of Apokolips. “I think that what I find with a lot of my comic books, like the Plane Janes, or Shade the Changing Girlor Female Furies, they are entryways that someone who loves comics can give to someone who doesn’t yet read comics,” she said.

These comics are not only ways of engaging new people with comics, but also a tool to enable audiences to talk about issues including harrassment and sexism. Castellucci said she doesn’t want to just preach to the choir but, instead, give the choir a book to put in the hands of someone within the community who doesn’t know or understand the issue.

“My goal [as a writer] is what I think our goal as women is: is to have agency,” she told BUST. “Self-agency and control over our bodies and our destinies so, you know, that’s where I’m hoping that we go.

“I think what the Female Furies awaken to is that everything’s not fair, but it’s even more not fair to them, and all they want is for it to be equally unfair as it is for everyone else. I think that’s an [idea we can see] in the real world as well,” Castellucci told BUST. 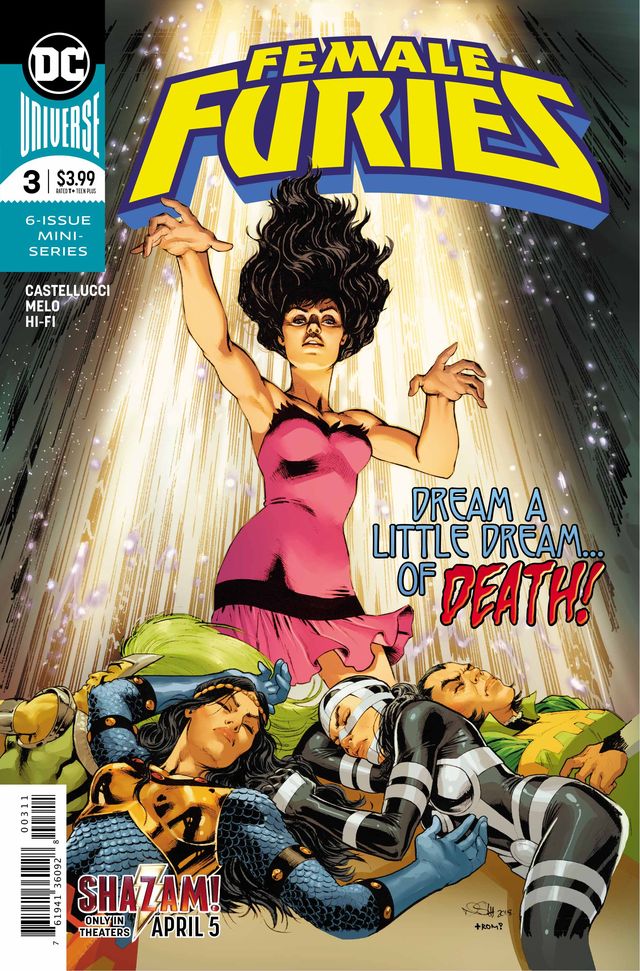