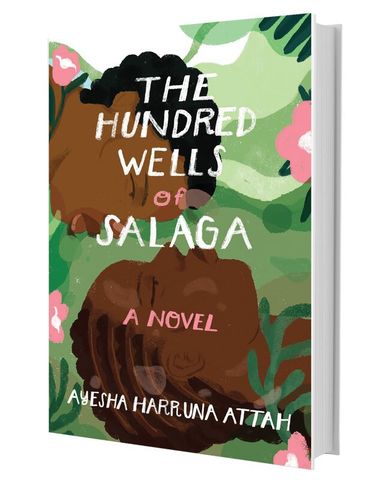 The Hundred Wells of Salaga
By Ayesha Harruna Attah
(Other Press)

Ayesha Harruna Attah weaves a riveting portrait of pre-colonial Ghana in her novel The Hundred Wells of Salaga. The story revolves around two women whose lives are intertwined through the slave trade. Aminah, the daydreaming eldest child of a shoemaker, lives a stable life until her village is ravaged and she is forced into slavery. Wurche is the headstrong daughter of a chief, whose family directly benefits from the slave trade. Not wanting to be relegated to traditional gender roles, she longs to be an active political influence in her father’s court. Their worlds collide when Wurche purchases Aminah out of spite and jealousy, upon learning her lover plans to keep Aminah as a slave. Wurche’s power over Aminah, as her mistress, skews any sense of actual unity and friendship between the two, exemplifying the extent to which the patriarchy is embedded in their lives.

Attah expertly layers universal themes of class, gender, freedom, and justice while connecting the stories of two different women. The Hundred Wells of Salaga is a fascinating read for anyone interested in understanding the fine specificities of systemic oppression. 5/5

The Hundred Wells of Salaga was released February 5, 2019.This article originally appeared in the March/April 2019 print edition of BUST Magazine. Subscribe today!

Tags: book review , the hundred wells of salaga , attah , ghana , oppression , slavery
Support Feminist Media!
During these troubling political times, independent feminist media is more vital than ever. If our bold, uncensored reporting on women’s issues is important to you, please consider making a donation of $5, $25, $50, or whatever you can afford, to protect and sustain BUST.com.
Thanks so much—we can’t spell BUST without U.