A History Of Women In "The Daily Mail" 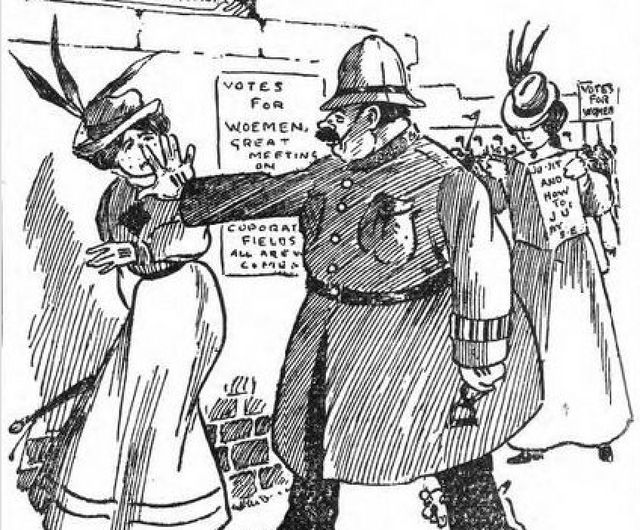 From the first British paper catered to women to the sidebar of shame, The Daily Mail has a long and veeery complicated history with women.

In the Mail’s first issue in 1896, its editor, Lord Northcliffe, went to great strains to show that this was a paper for both sexes and that alongside news the Mail would also contain sections dedicated solely to ‘women’s interest.’

‘MOVEMENTS IN A WOMAN’S WORLD – THAT IS TO SAY, CHANGES IN DRESS, TOILET MATTERS, COOKERY, AND HOME MATTERS GENERALLY – ARE AS MUCH ENTITLED TO RECEIVE ATTENTION AS NINE OUT OF TEN OF THE MATTERS WHICH ARE TREATED OF IN THE ORDINARY DAILY PAPER. THEREFORE, TWO COLUMNS ARE SET ASIDE EXCLUSIVELY FOR LADIES.’

Now, I know that on the surface putting aside column inches for recipes, homemaking tips, and toilet matters (no, I don’t know either) doesn’t seem groundbreaking – or, well, that great – BUT in 1896 this was a pretty fucking ballsy statement for a newspaper to make in its first issue.

Yet it was a move that didn’t go down well with other journalists, who openly mocked the Mail for targeting an audience that the other papers deemed beneath their ideals for a readership. But crucially the women’s pages went down well with women.

The success was actually large enough that when The Daily Mirror opened just a few years after the Daily Mail, it mimicked the Mail, creating a paper that catered to a female audience in addition to male, with beauty, fashion, and homemaking pages (mostly run by men—obvs) as well as shocking news headlines aimed at women such as ‘baby in a dustbin!’ and ‘divorce by dagger!’

Though the Mail’s aim to have one ‘women’s news story’ amongst each day’s headlines was commercially progressive, that didn’t translate to the political sphere, and it was the Daily Mail who, in 1906, coined the term ‘suffragette’ for members of the WSPU, a derogatory term mocking the group and their violent methods. 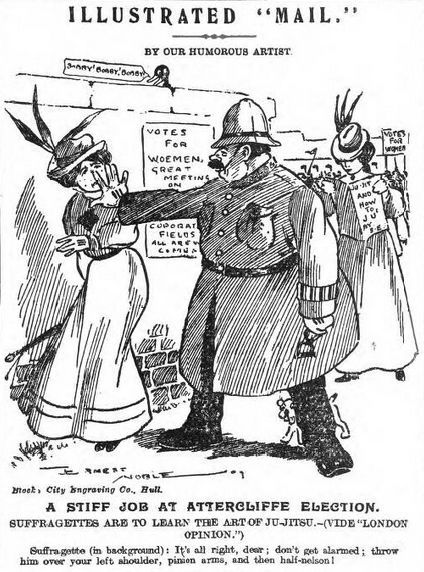 But even the Daily Mail couldn’t change an already turning tide. Though on its pages it remained staunchly conservative and traditional, inside its offices, women were increasingly starting to claw their way into positions of power. The women’s pages had already had a woman at the helm (Mary Howarth, who would become the editor of the Daily Mirror) but the pages soon became saturated with women’s voices and not everyone was happy!

Constance Peel (who wrote under the name Mrs. C.S. Peel) became editor of the woman’s section in 1918 and bemoaned the Mail’s refusal to diversify the section’s topics and steadfast belief that women were interested:

‘SOLELY IN KNITTING JUMPERS, IN CARING FOR THEIR COMPLEXIONS, LOOKING AFTER BABIES…’

But the thing was that these topics were popular with the women who bought the Mail. Sales remained steady and advertisers were very happy (and its advertising that brought in the lions share of income) It was a winning formula so why change it?

And so they didn’t.

Instead they found new ways to please both advertisers and women interested in domesticity. In 1908 the Mailopened the first Ideal Home Show. For a mere shilling the public could wonder at labor-saving devices and attend talks and workshops on homemaking. It was a huge success and one that the paper continued to run for almost 100 years.

In this vein, the Mail also doubled down on its lifestyle and celebrity gossip content (a very familiar sounding formula…). Images of glamorous women filled its pages and Lord Northcliffe was once heard to have said that he had no use for a journalist who couldn’t ‘appreciate a pretty ankle.’

There were, of course, arguments that the Mailwas playing into gender stereotypes – arguments that, let’s be honest, still exist today – but it looked like change was imminent when feminist Shirley Conran took over the reigns of the women’s pages in 1969, rebranding them as Femail.

‘THE THINGS WOMEN ARE SUPPOSED TO WANT TO READ ABOUT ARE GENERALLY CHOSEN BY MEN.’

These were the first words of Femail and though the new women’s pages were pioneering in a sense, they weren’t a complete overhaul. Yes, the pages tackled sex more (after all, it was the dawn of the pill and Conran is now known as Queen of the ‘bonkbuster’!) but much of Femail’s gender stereotyping remained and when The Daily Mailemerged as a fully-fledged tabloid two years, after Femail’s launch, it was clear that the page’s strangely conservative yet sexualized celebrity streak was to remain. 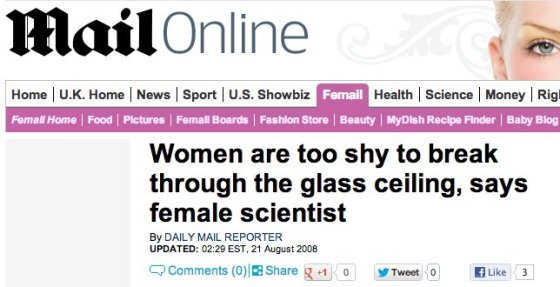 In recent years, Femail has proven crucial to the Daily Mail’s success, widely read both in print and online. Clearly Lord Northcliffe was correct, women are interested in news and in news content tailored to them.

However, this content is a constantly met with criticism. Femail’s online sidebar has gained notoriety as the ‘sidebar of shame,’ an internet haven of illicit office lunchtime reading on which celebrity has ‘poured her curves’ into what outfit today. Femail also runs a neat sideline in outrage opinion pieces, articles designed to piss off: for example, Samantha Brick being ‘too beautiful’ and Jan Moir ‘pitying’ women who shop in their pajamas.

So there you have it, from revolutionary to labelled sexist and outdated, the story of the Daily Mail’s women’s pages, both fascinating and depressing all at the same time. (Kind of like that sidebar of shame?)

The Secret Lives Of The Ziegfeld Follies, "The Most Beautiful Girls In The World"

"Doctor Who" Cast Its First Woman Doctor, So Of Course Tabloids Published Her Nudes

Jennifer Aniston Does Not Deserve Your Scrutiny—Neither Does Anyone Else