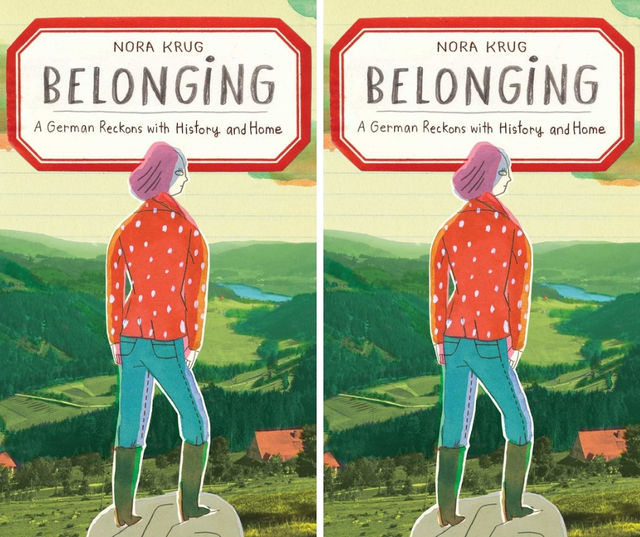 Belonging: A German Reckons with History and Home
By Nora Krug
(Scribner)

Nora Krug’s Belonging is both uncomfortable and familiar. The intricately drawn graphic memoir spans decades and continents while the author uncovers her family’s involvement in Nazi-occupied Germany. The story starts by following her uncle’s enrollment in the Nazi military when he was a teenager. But he died less than a year later in Italy. Trying to uncover some truth about his role and motivation, Krug discovers that parts of her mother’s family were also soldiers for the Third Reich. As she reads letters and talks to family, she learns that their participation was never clear-cut. Woven throughout the narrative are questions about the responsibility of descendants whose ancestors participated in horrendous atrocities, willingly or not. Krug doesn’t answer these directly, but leaves space for both healing and reckoning to fill that gap.

Belonging: A German Reckons with History and Home was released October 2, 2018.
This article originally appeared in the March/April 2019 print edition of BUST Magazine. Subscribe today!