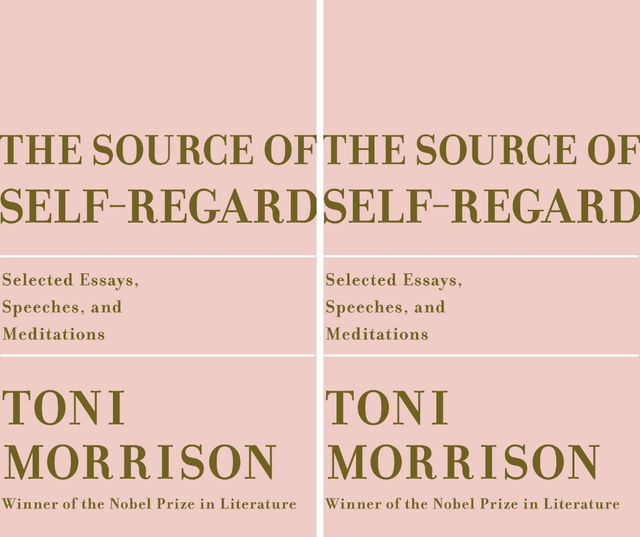 The Source of ?Self-Regard: Selected ?Essays, Speeches, ?and Meditations
By Toni Morrison
(Knopf)

This is not an introduction to Toni Morrison’s work, nor is it written for readers unfamiliar with her novels. Instead, The Source of Self-Regard serves best as a complement to the Pulitzer-Prize winner’s collected works. Through essays, speeches, and meditations organized into three parts, Morrison tackles race, writing, revision, feminism, and the connections between art and politics. She also tempts readers to explore her influences, including Romare Bearden, Phillis Wheatley, Isak Dinesen’s Out of Africa, and Gertrude Stein’s Three Lives.

Morrison’s strongest lessons here are those in which she clearly defines her relationships with writing, revision, and reading. She excavates how words are meant to impact readers, the importance of reading your own work, and the disciplined practice of writing, throwing away what you don’t like, and then writing all over again.

The Source of Self-Regard was released February 12, 2019
This article originally appeared in the March/April 2019 print edition of BUST Magazine. Subscribe today!