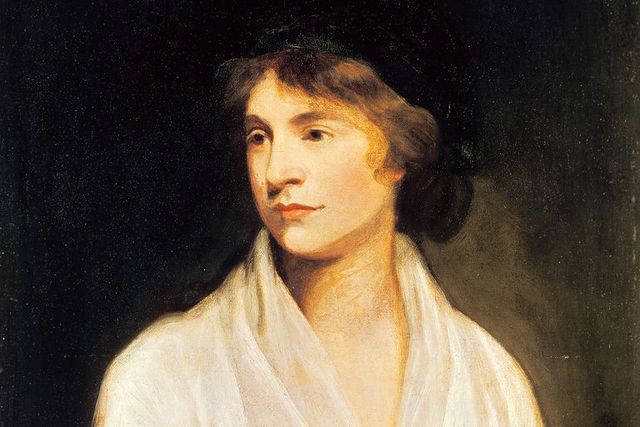 Born on April 27th 1759, Mary Wollstonecraft published A Vindication of the Rights of Woman in 1792 when she was only thirty-three years old. In it, she argued against the natural inferiority of women, writing that “…it cannot be demonstrated that woman is essentially inferior to man, because she has always been subjugated” and that it was the neglected education of her “fellow creatures” that was the primary source of their misery.

As modern readers, it seems to be a perfectly reasonable, wholly uncontroversial argument. Indeed, basic common sense. But what of readers in the late 18th and early 19th centuries, you ask? Surely they must have been scandalized by Wollstonecraft’s arguments for equality.

The fact is, the majority of the initial notices for A Vindication of the Rights of Woman were favorable. Many reviewers saw it as a “sensible treatise on female education,” choosing to ignore the more political feminist aspects of the work.

It was only later that the negative criticism of Wollstonecraft’s ideas set in.  This was largely due to the publication of William Godwin’s biography of his deceased wife, Memoirs of the Author of a Vindication of the Rights of Woman, in which he revealed deeply personal facts about Wollstonecraft’s life.  The public was shocked and there were many who were quick to conclude that Wollstonecraft’s love affairs, suicide attempts, and the birth of her illegitimate daughter were a direct result of her feminist theories and lifestyle.  She was held up as a warning to those women who sought equality of the sexes.

Julian’s indulgent expression was wiped off his face in an instant as he read the title aloud. “Wollstonecraft’s A Vindication of the Rights of Woman?”

His eyes were glittering as he looked up from the book in his hands.  “This is the sort of thing you have been studying?  This ridiculous nonsense espoused by a woman who was no better than a demirep?”

“Miss Wollstonecraft was not a…a demirep,” Sophy flared indignantly.  “She was a free thinker, an intellectual woman of great ability.” 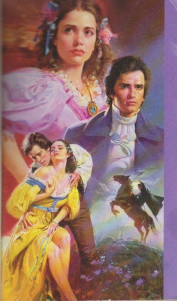 A Vindication of the Rights of Woman has been used in countless romance novels as a sort of shorthand, a means of conveying to us that the heroine who possesses Wollstonecraft’s book is an intelligent and independent female – a lady who is not “created to be the toy of man, his rattle” that must “jingle in his ears whenever he chooses to be amused.”

According to Wollstonecraft, at that time in history, “gentleness, docility, and a spaniel-like affection” were “consistently recommended as the cardinal virtues of the sex.” If you are a historical romance reader, however, I would wager that a novel with a spaniel-like heroine might not be very high up on your “To Be Read” list.

Conversely, some of the most memorable and beloved heroines of modern day historical romances are the spirited, independent, free thinking variety of females that begin by aggravating and confounding the straight-laced hero and end by winning his heart. The next time you encounter one of these magnificent leading ladies in your literary travels, I urge you to take a moment to remember the late, great Mary Wollstonecraft. Without her contribution, who knows what our historical romance heroines would look like today.

Victorian Views On Marrying A Scoundrel

Tags: historical romances , Mary Wollstonecraft , A Vindication Of The Rights Of Woman , Mary Wollstonecraft , historical romances , A Vindication Of The Rights of Woman
Support Feminist Media!
During these troubling political times, independent feminist media is more vital than ever. If our bold, uncensored reporting on women’s issues is important to you, please consider making a donation of $5, $25, $50, or whatever you can afford, to protect and sustain BUST.com.
Thanks so much—we can’t spell BUST without U.