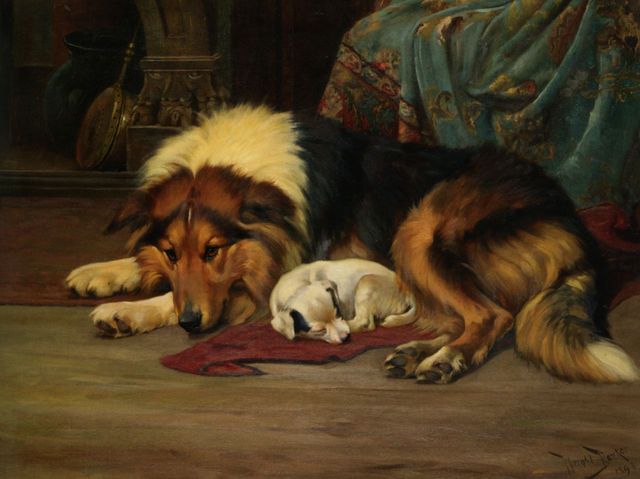 The Rough Collie is one of the most recognizable dog breeds in the world. This is largely due to English author Eric Knight who, in a 1938 short story, created what is arguably the greatest literary heroine of all time–Lassie. 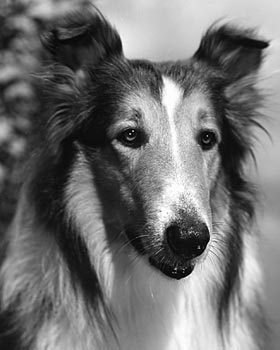 In 1940, Knight’s short story was expanded to novel length and published under the title Lassie Come Home. In 1943, MGM adapted the novel to the screen. Starring Roddy McDowell, Elizabeth Taylor, and a male Collie by the name of Pal in the role of Lassie, it was a resounding success, inspiring eleven additional movies over the next sixty years.

Lassie was not the first famous literary Collie. In his 1919 novel, Lad: A Dog, American author Albert Payson Terhune introduced his own Rough Collie, Lad, through a series of twelve short stories. The novel was a bestseller, selling well over a million copies, and Warner Brothers adapted it to film in 1962. Though the film was not as successful as Lassie, the novel still remains popular today. 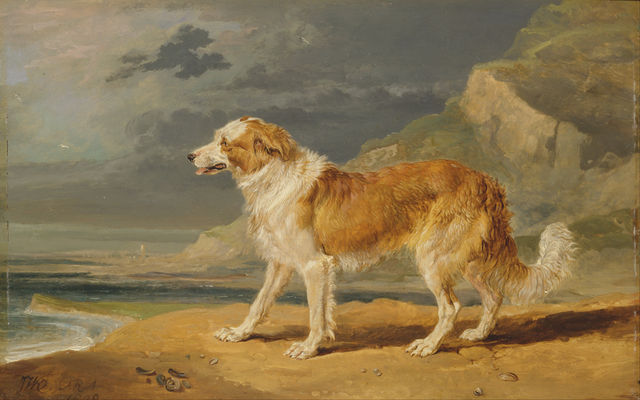 In the 1800s, Collies were far from the glamorous beauties we have become used to on the silver screen. In fact, an 1825 entry in An Etymological Dictionary of the Scottish Language by John Jamieson defines the word Collie as “the vulgar name for the shepherd’s dog” or “a cur dog.” It goes on to quote an item from an 1806 Edinburgh newspaper:

“There was lost in Prince’s Street, on Saturday the 28th December last, a black and white rough coley, or shepherd’s dog.”

“Coll” was a common name for Scottish dogs in the 19th century. Some attribute it to the following passage from Chaucer’s The Nun’s Priest’s Tale (14th century) in which the word Colle appears to be used as a proper noun:

And out at dores sterten they anoon,

And syen the fox toward the grove goon,

And bar upon his bak the cok away;

And eek with staves many another man;

Ran Colle our dogge, and Talbot, and Gerland,

And Malkin, with a distaf in hir hand;

So were they fered for berking of the dogges. 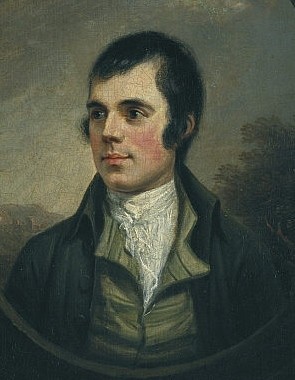 In the same poem by Chaucer, the fox is referred to as “A col-fox ful of sly iniquitee.” Some interpret this as meaning a black fox. Others disagree, claiming that the “col” in col-fox means cunning.

However the name Collie originated, we see it used to describe the Highland shepherd’s dogs of Scotland from as early as the 18th century. In his poem The Twa Dogs (1786), Scottish poet Robert Burns famously writes of a ploughman’s Collie. The opening lines are as follows:

Upon a bonnie day in June,

When wearing thro’ the afternoon,

Twa dogs that were na thrang at hame,

Forgather’d ance upon a time.

The ﬁrst I’ll name, they ca’d him Caesar,

Was keepit for his Honour’s pleasure:

His hair, his size, his mouth, his lugs,

But whalpit some place far abroad,

Where sailors gang to ﬁsh for Cod.

Shew’d him the gentleman and scholar;

But though he was o’ high degree,

The fient a pride na pride had he;

At kirk or market, mill or smiddie,

But he wad stan’t, as glad to see him,

And stroan’t on stanes an’ hillocks wi’ him.

The tither was a ploughman’s collie

Wha for his friend an’ comrade had him,

And in his freaks had Luath ca’d him,

After some dog in Highland sang,

Was made lang syne—Lord knows how lang. 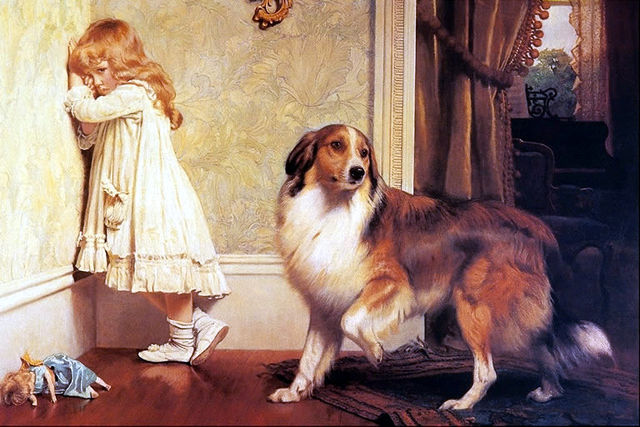 Collies are also mentioned several times in Bannockburn: A Novel (1821). A Scottish story published by an anonymous author, it places the Collie in an authentic Highland setting:

And my own favorite bit of quoted dialogue from Bannockburn:

“I hae greetit my een out for fear o’ the weird woman or Shellycoat coming here, and only me i’ the house, forbye the collie and the cat.” 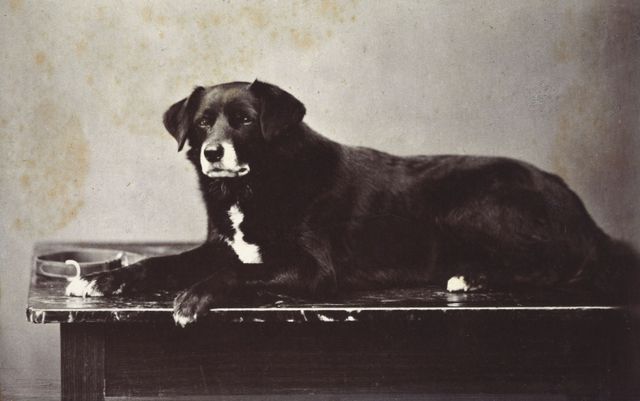 During a trip to the Highlands in the mid-19th century, Queen Victoria was deeply impressed by the Collie’s intelligence, loyalty, and sensitivity. She added a Collie to her retinue of royal pets. From then on, the breed was one of her particular favorites. Biographer Sarah Tooley writes:

“Her Majesty has a special fondness for collies, and among these faithful animals ‘Noble’ and ‘Sharp’ were for many years chief favourites, and always travelled with her to and from Balmoral. ‘Noble,’ [the queen] writes in her diary, ‘is the most biddable dog I ever saw. He will hold a piece of cake in his mouth without eating it, until he may. If he thinks we are not pleased with him, he puts out his paws and begs in such an affectionate way.’”

It should be noted that the Queen’s Collies, Noble and Sharp, bear far more resemblance to Border Collies than they do to Rough Collies. It raises the question: how much of the literature of the 18th and 19th century which refers to Collies was, in fact, referring to Border Collies? Since no differentiation is made, it is difficult to tell.

In any case, Queen Victoria is credited by many with elevating the status of the Collie from mere shepherd’s dog or cur to elegant, society canine. Dr. O. P. Bennet describes this elevation of status in his book The Collie:

“It became a common sight to see the fashionable ‘Collie companion,’ spick and span, well groomed, revealing a life of luxury, fulfilling, with all the alacrity of satisfaction, the mission of accompanying its owner on his customary ambulations.”

The American Kennel Club first recognized the Collie as a breed in 1885. Today, they rank the Collie as the 35th most popular breed in the United States. It is easy to see why. Collies are graceful, sensitive, dignified, and sharply intelligent. Some still work on farms herding sheep and keeping an eye on livestock. Others have had the herding instinct all but bred out of them. Either way, they are one of the most wonderful breeds of dog ever created and, though they may not go so far as saving you from a well (à la Lassie), I have never known anyone who regretted having a Collie as a member of their family. 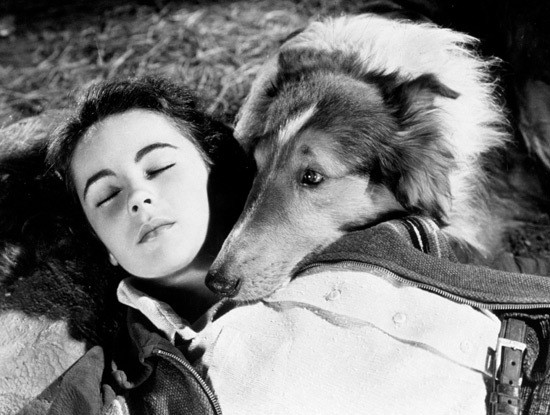