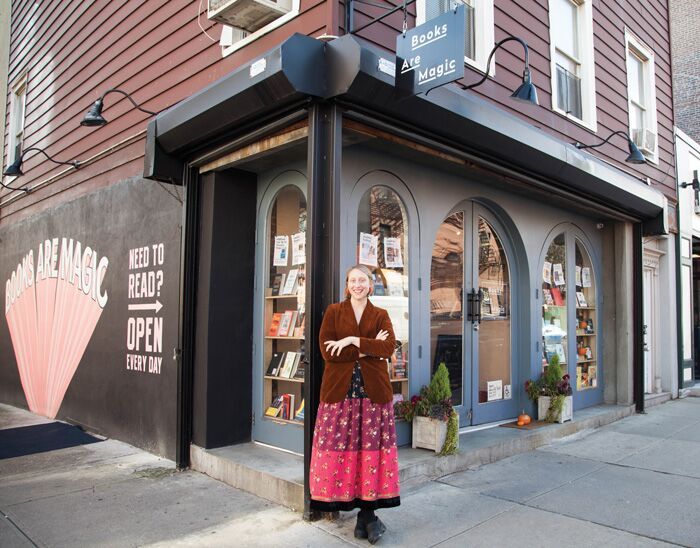 Walk down Smith Street in Cobble Hill, Brooklyn, and you’ll see it painted on the side of a building: a vibrant, all-caps slogan in white block letters with pink trailing behind, Super Friends-style. “Books Are Magic,” it reads, and beside it, in smaller pink letters, “Need to read? Open every day.” This popular spot for bibliophiles was founded by Emma Straub—bestselling author of the novels Modern Lovers (2016) and The Vacationers (2014)—and her husband Michael Fusco-Straub in May 2017, after their beloved neighborhood bookstore, BookCourt, closed after 35 years. “We just couldn’t stomach the idea of living in a neighborhood without a bookstore,” Straub says. “We just knew that we could do it, and that we should do it.”

The store’s memorable name comes from a time when Straub and her husband were considering opening a children’s bookstore inspired by their two young sons, River and Miles. When they decided to make their store all-ages, they stuck with the name Books Are Magic, after rejecting a few names Straub describes as “extremely boring,” including The Cobble Hill Bookstore and Straub & Sons. “Just like with our children,” she says, “we decided that the name that brought us the most joy should be the one that we went with.”

While running a bookstore and simultaneously writing a novel is a lot of work—“I have never truly wished to have a clone before,” Straub says—her first year as a small business owner has been remarkably successful. “I think we were busier from Day One than we anticipated, which is a wonderful problem to have,” she says. One way Books Are Magic succeeds in the age of Amazon is by emphasizing the bookstore’s physical space—the inside features a kid’s play area, lots of hanging lights, a “Books Are Magic” sign in pink neon lights, and exposed brick, not to mention that highly Instagrammable mural outside—plus, the store holds near-nightly events featuring authors including Eve Ensler, Jessica Hopper, Nicole Chung, Alexander Chee, and Taye Diggs (and that’s just in one week!). “Bringing authors to readers directly, that’s the thing that the internet cannot do,” Straub says.

When asked if Books Are Magic is a feminist bookstore, Straub says “definitely,” because featuring women authors and authors of color has always been a priority. And she’s glad to see this emphasis reflected in her bottom line, since Black women writers Samantha Irby (Meaty, We Are Never Meeting In Real Life) and Morgan Jerkins (This Will Be My Undoing) are two of the store’s best-selling authors. “We have a young female readership here,” she says, “and they are really interested in the stories of young women and women of color.” 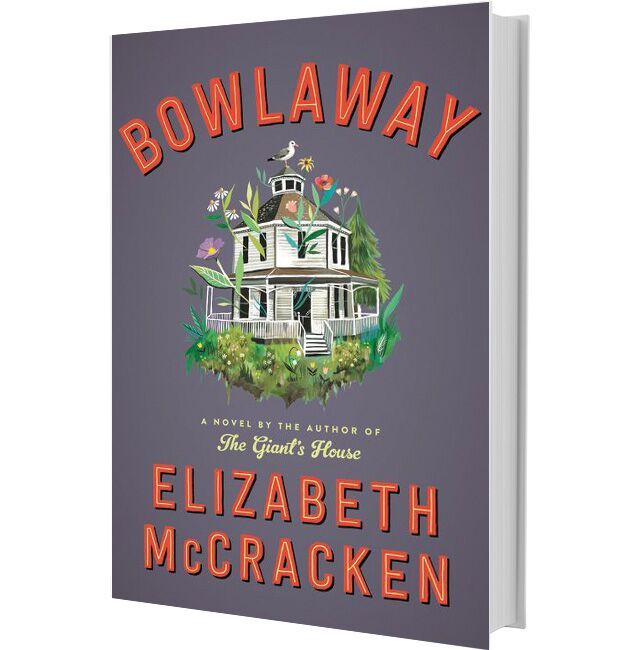 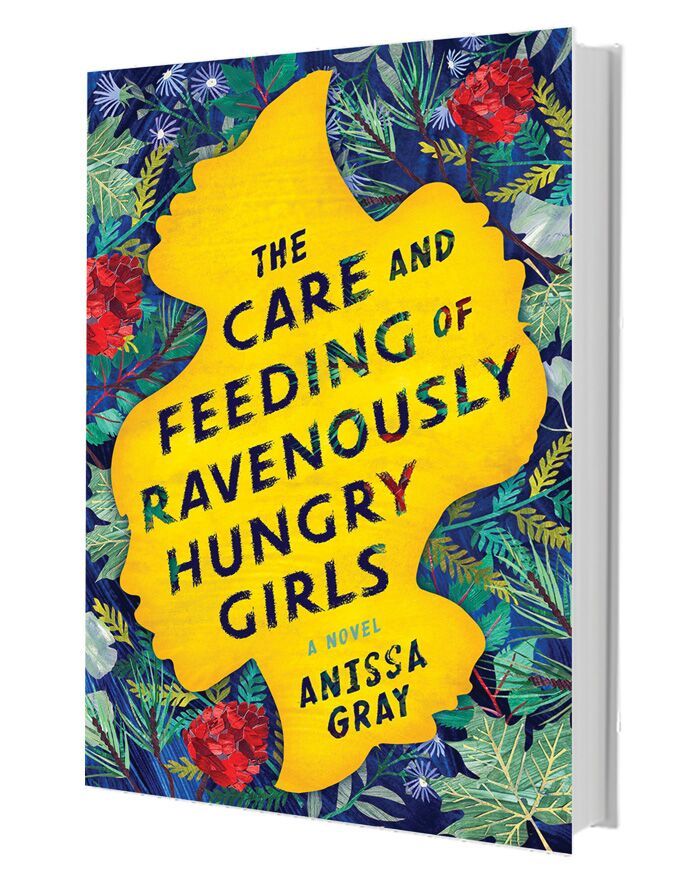 The Care and Feeding of Ravenously Hungry Girls by Anissa Gray (February 2019): “This is a debut novel about generations of women in a family, which is my favorite thing.” 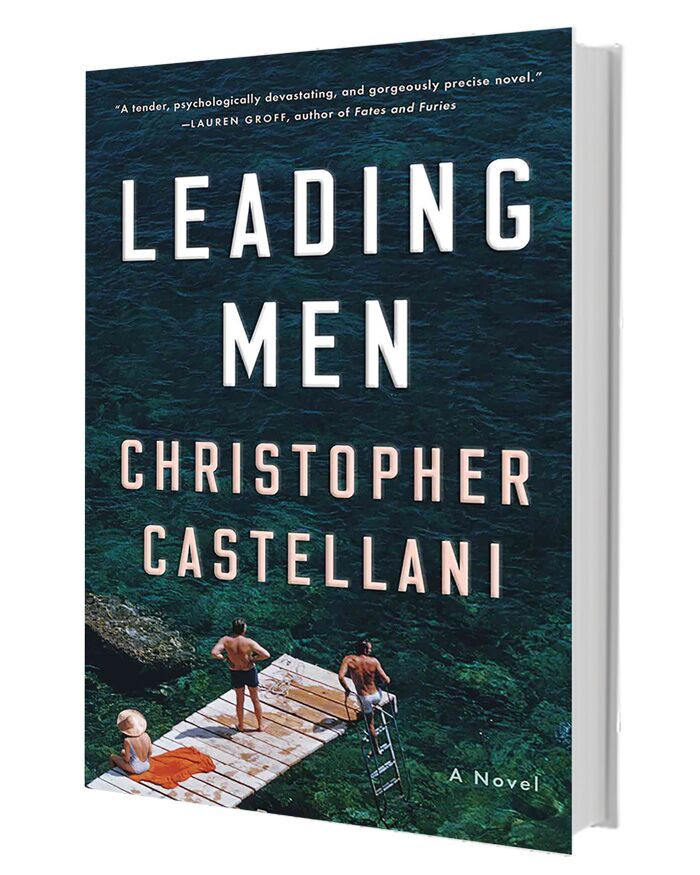 Leading Men by Christopher Castellani (February 2019): “It’s about a relationship in the ’50s that ripples out through time, and the inciting incident is at a party thrown by Truman Capote.” 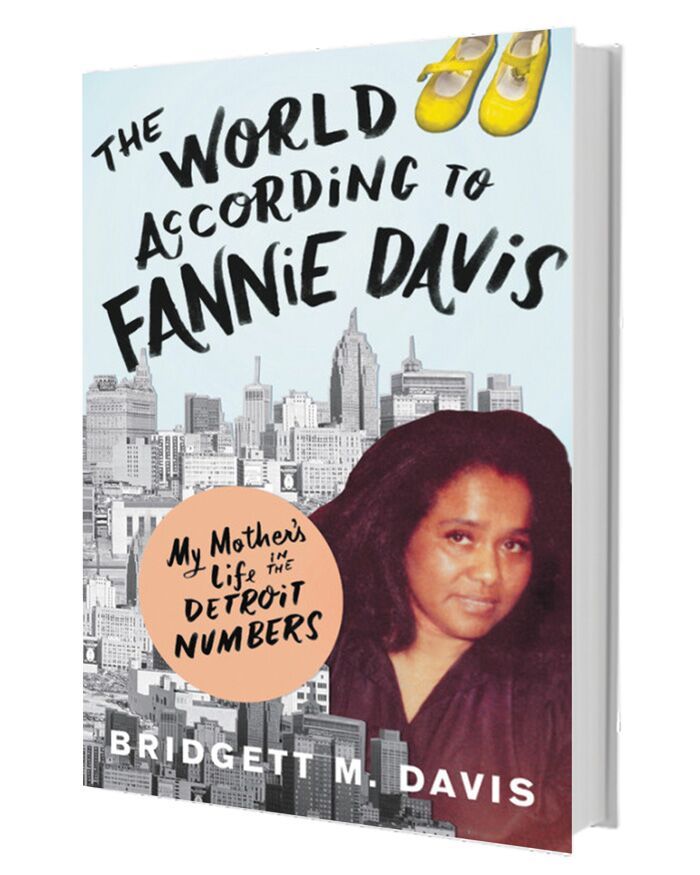 The World According To Fannie Davis by Bridgett M. Davis (January 2019): “It’s a memoir about the author’s mother, who ran the numbers in Detroit in the 1960s and was a larger-than-life character who created an enormously successful, illegal business.” 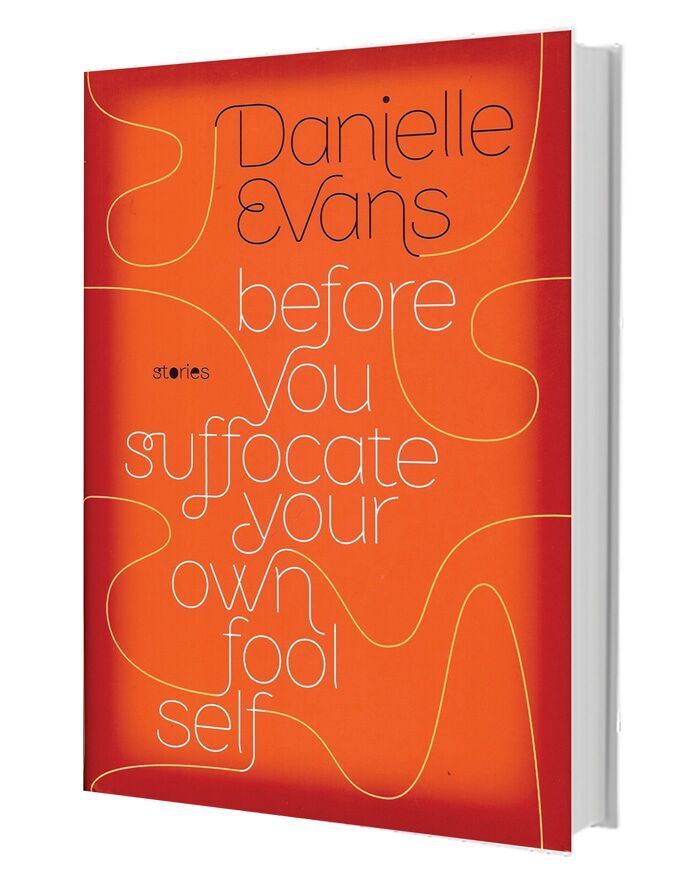 Before You Suffocate Your Own Fool Self by Danielle Evans (2010): “Short stories are always fun, and this is a great collection.” 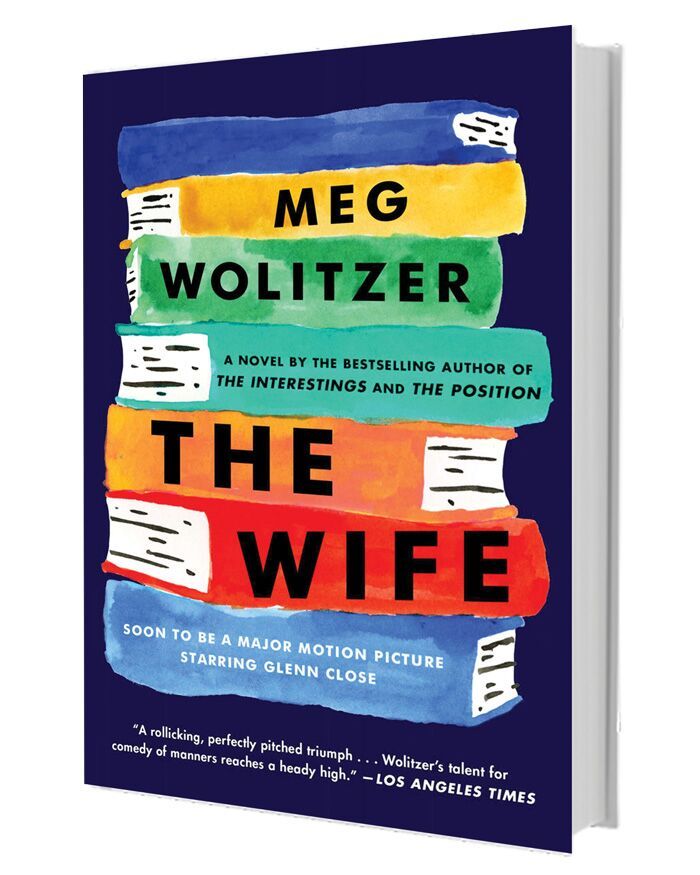 The Wife by Meg Wolitzer (2003): “This is a good one to read if you are anti-Valentine’s Day, because it’s about a woman reckoning with her own marriage. And it’s recently been turned into a very good, very tense movie with Glenn Close.”

Tags: Emma Straub , book recommendations , Books Are Magic , bookstore , interview
Support Feminist Media!
During these troubling political times, independent feminist media is more vital than ever. If our bold, uncensored reporting on women’s issues is important to you, please consider making a donation of $5, $25, $50, or whatever you can afford, to protect and sustain BUST.com.
Thanks so much—we can’t spell BUST without U.