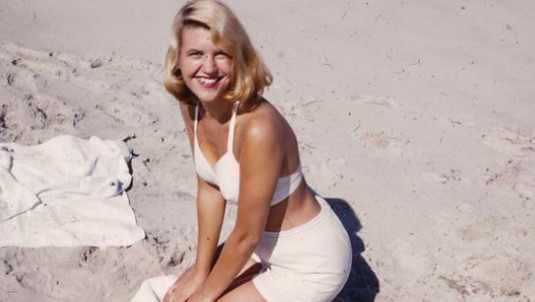 What people don’t tell you about The Bell Jar is that it’s actually a pretty funny book.

You wouldn’t know unless you read it, because all the marketing that surrounds it focuses on how bleak and shocking it is.

The book follows Esther Greenwood, a young college student who wins a guest editorship at a women’s magazine, as she struggles with feeling disillusioned with her place in society and academia. She enters a deep depression and spends the latter half of the novel in a psychiatric institution. Though the book is a work of fiction, it is semi-autobiographical, and Plath even published it under a pen name to avoid offending her family (and possibly being sued).

I first read it when I was thirteen and angsty because I thought that’s what you were supposed to do when you were thirteen and angsty. When I reread it a few years ago, I was struck by how the novel, despite being written over fifty years ago, was filled with observations and experiences that still hold up today. When I reread it, I had just started my sophomore year of college and was in a sort of funk. My friend group had fallen apart, my classes were harder than the year before, and I wasn't quite sure where I belonged. I found myself in the novel, smiling every time I came across an uncanny similarity between myself and Esther/Sylvia:

“There must be quite a few things a hot bath won't cure, but I don't know many of them."

"Avocados are my favorite fruit."

"I was supposed to be having the time of my life."

Reading that last quote stopped me dead in my tracks. To read about someone who was also my age and also kind of miserable, I felt a sense of solidarity and comfort that I hadn’t found before in a novel. I laughed along when Esther stuffs herself with caviar and is bored at bar while her friend gets chatted up. I couldn’t (and still can’t) believe that no one was talking about how poignantly Plath captured the experience of being in the big city in your early twenties. The book’s latter half, dealing with her depression and hospital stays, often overshadows the first half. Both halves are crucial to the overall narrative and to Plath’s story in general, but to focus solely on its alleged shock value undermines the book’s larger theme: the disappointment of not getting what you wanted, and the particular melancholy when you find out that what you thought you wanted wasn’t what you wanted at all.

Despite the fact that Esther’s experience with mental illness is something that millions of people can relate to, the book’s portrayal in the media often focuses on the idea of “madness” or “falling into the grip of insanity.”

Madness? Insanity? That’s awfully stigmatizing language toward such a common struggle. Especially when you think about the long history of calling women “crazy” because they sometimes feel emotions.

Sylvia Plath has been on my mind a lot as of late, as she has made a recent resurgence in the media. A previously unpublished short story called Mary Ventura and the Ninth Kingdom is set to be published by HarperCollins in the United States in March. The second collection of her letters was released in late 2018, with thinkpieces popping up everywhere from The New Yorker to The Atlantic. Recently, the Spanish edition of Glamour magazine has come under fire for a fashion spread about Sylvia Plath which included a photo of an oven. Though this editorial was found in the November 2017 issue, it has only resurfaced on Twitter this past month via the account Humans of Late Capitalism. People are understandably upset for how they feel the magazine had made light of Plath’s tragic death, how cavalierly they included her suicide with a checkered coat and overpriced loafers.

I remember learning about Sylvia Plath in various English classes. There would always be at least one mouthy dude that would say something like “Isn’t she the chick who put her head in the oven?” as if that fact alone is the only thing worth knowing about her. Sylvia Plath's struggle with mental illness is important to her story, but it was not the only part of her story. Yes, her work was often dark and explored the depths of her depression, but we need to move past the tired narrative where she can’t be mentioned without her suicide in the same breath, and even more specifically, the act of putting her head in the oven. When it comes to The Bell Jar, the depiction of the brutal psychiatric practices of the day set against the backdrop of patriarchal gender roles is as timely as ever. But so is reading about twenty-year-old girls who have no idea what to do with their life. It’s time we give credit to both.

On The 50th Anniversary Of Sylvia Plath's Death, Female Writers Reflect On Her Life, Work, And Legacy