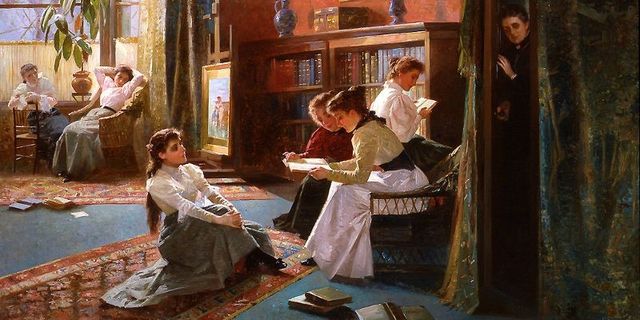 The nights are getting longer and it’s getting colder, so what's than curling up on the sofa/in bed with a delightful book? “BUT WHAT BOOK?!” I hear you cry. Don’t worry, guys, we got you.

We’re going to look at some of our favourite historical fiction. We’ve got something for everyone: Crime! Romance! Fancy dandies with tight tights! All the literary food groups. 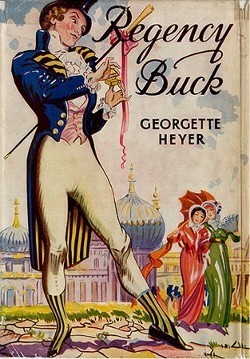 Phwoor, look at those calves!

The author, Georgette Heyer, is my homegirl. For reals. I love her with a passion that will never be quenched, even when the earth is swallowed up by the sun. My love for Heyer novels will still burn bright.

Sorry, that was a bit much… but if you’ve not read any of her books, I thoroughly recommend them. They're well researched and witty as hell.

Heyer was well known for writing Regency period love stories and 1920s-set detective novels, published in the 1930s through the early 1950s. We’re focusing on the Regency romance side of things, so prepare yourself for some fine and fancy dandies and heavy swooning.

In most of Heyer’s books, the female lead is utterly kickass, charming, and quick-witted, but none more so than Judith Taverner, the main bitch from Regency Buck. Judith travels to London with her useless and troublesome brother Peregrine so she can be introduced to high society.

She goes to stay with their guardian, the Earl of Worth. Turns out this Earl is a bit younger than she was expecting, as the previous Earl popped his clogs some months before. So she’s stuck with the much-younger Julian as her guardian, and she takes an IMMEDIATE disliking to him.

Giving you HEAVY Regency side eye

You can see where this is going. Judith makes a real splash in high society and scandalizes Regency London by driving her own carriage of horses! This was shocking for the time, but our gal Judith spends the book bucking traditions and earning the respect and admiration of her peers. Including Julian.

It’s an utterly charming book, full of misunderstandings and mishaps that will make you chuckle out loud. And BOY is it a brilliant look at Regency high society. Everything is described in such a way that you can really visualise it. Heyer takes delight in describing the dress of all the dandy gentlemen and muslin-covered ladies.

2. Kitty Peck and the Music Hall Murders by Kate Griffin 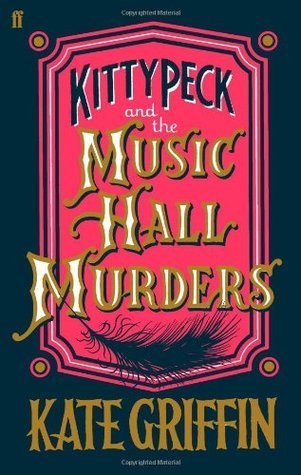 I picked up this book for the title ALONE. The Kitty Peck series by Kate Griffin is a real treat for fans of history and crime series. The books are set in Victorian London, and we’re big fans of Victorian crime.

The first novel, Kitty Peck and the Music Hall Murders, takes place in 1880 when the city is in the grip of hysteria after a series of mysterious disappearances. There’s a connection between the victims—they’re all music hall girls. One venue in particular has been hit hard, the Paradise, which is operated by nefarious crime boss Lady Ginger.

The story follows our heroine Kitty Peck, who works backstage at the Paradise. Suddenly, she’s dragged into London’s criminal underworld when Lady Ginger blackmails Kitty into becoming the latest music hall starlet, so she can lure the culprit out from the shadows.

She’s gotta learn to sing, AND do it while perched on a trapeze. We’re not going into that further… READ THE BOOK! There’s also a missing brother she must contend with, while she figures out how to keep all her friends safe and not get herself killed in the process!

The book really showcases the seedier side of Victorian London: the Music Halls, factorie,s and rough side streets of the East End, and the stark contrast with the affluent upper classes. It’s brilliantly researched and is an absolute page-turner. Kate is one of our favourite authors working today.

3. The Paying Guests by Sarah Waters 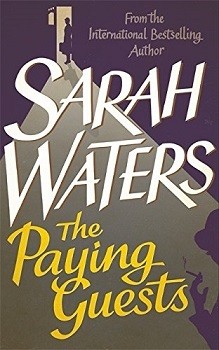 We couldn’t do a historical fiction list without putting Sarah Waters on it somewhere! But instead of going for Tipping The Velvet or Fingersmith, we’re raving about her novel set in the early '20s, The Paying Guests.

It’s 1922, and Frances lives with her mother in their family home in Camberwell, London. It’s considerably more empty with her brothers all being killed during the Great War and her father having passed on recently. Her father left Frances and her mother with heavy debts, so they make the decision to take on lodgers. Enter Leonard and Lillian Barber, a working-class couple who shake things up for their new tenants in SO MANY WAYS!

The book looks at interwar domestic life through the eyes of women, and the tension in the book comes from changing societal attitudes towards class and gender constraints. Frances isn’t content with her lot in life; she wants more, so she’s intrigued by Lillian.

"Intrigued"…we know what you mean

The setting, while wonderfully mundane, really does frame the entire story perfectly. The Camberwell villa that was once full of life is a sad spectre of what it once was, and it becomes divided with the new tenants. The tension in this book is utterly thrilling. You can feel Frances’ story building as she gets accustomed to her new lodgers, and as her fascination grows with them.

At its heart, this is a crime novel, and though it takes a while to get to the actual crime bit, the payoff is huge. The final third of the book deals with repercussions and the fracturing of relationships between the characters. If you like a slow build of tension and a great payoff, then this book is for you.

4. All The Perverse Angels by Sarah K. Marr 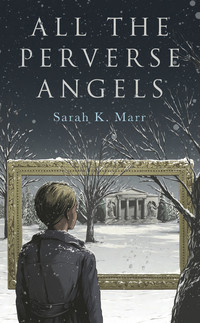 The first release from author Sarah K. Marr, All The Perverse Angels is a beautiful look at love and relationships between both present-day and Victorian women.

The story opens on Anna, a modern-day art curator who has just left a psychiatric hospital after a breakdown. She and her partner, Emily, have rented a cottage in a quaint little English village to ease her back into reality. Anna finds a painting of two Victorian ladies in the attic of the cottage, and she becomes obsessed with finding out the story of these two women. Then, the story shifts from Anna and Emily to Penelope and Diana, two students who started attending a ladies' college in Oxford during the 1880s.

The mystery of what happened to these two women consumes Anna, and as she finds out more about them and the nature of their relationship, we also learn more about Anna and what happened in her past to make her get to this point.

This was my position once I finished reading this

The book gives a fascinating insight into the Victorian university life, specifically the problems women had in striving for further education. There’s also an amazing art angle here; Anna keeps herself grounded by her love for classical art. There’s so much detail about these paintings, we spent a lot of time Googling the artwork referenced in the book because the descriptions are so compelling!

I’d describe this book as if Jane Austen and Sarah Waters had a book baby, this would be that book baby. It’s heartfelt, BEAUTIFULLY evocative, and a really fascinating read. The central mystery is really gripping, and Sarah winds all the loose threads together in the finale in a way that feels satisfying, but so melancholy. You might need a box of tissues at the end.

Tags: F Yeah History , historical fiction , best of , books , history
Support Feminist Media!
During these troubling political times, independent feminist media is more vital than ever. If our bold, uncensored reporting on women’s issues is important to you, please consider making a donation of $5, $25, $50, or whatever you can afford, to protect and sustain BUST.com.
Thanks so much—we can’t spell BUST without U.