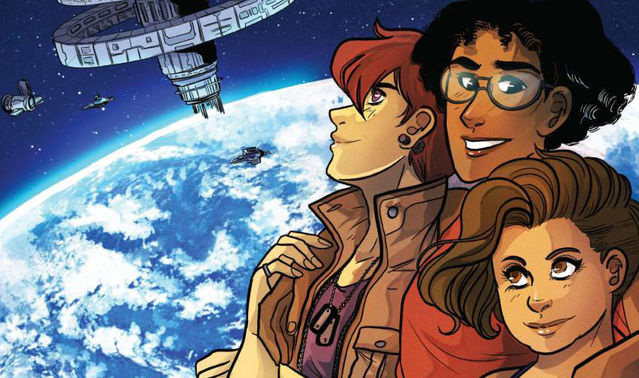 Relationships and sex have been topics of discussion and subjects of art since the beginning of time. We’ve seen sex depicted in cave paintings, Egyptian hieroglyphs, and Greek frescos. Due to the Christian Protestant history of the United States, our overall culture privileges heteronormative, monogamous relationships; however, things are changing. As our culture continues to shift, so do our views on what a healthy and happy relationship looks like.

In the book, Earth has been mostly destroyed due to climate change, and humans are now living on a space station orbiting their former home. Parents who live on the station are Earthlings, while their adult children have known nothing but the station. Spanglish is the main language, and racism has been squashed. This makes sense: having a race war on a small space station would imperil all of humankind.

The graphic novel centers on Rigo, a female scientist born and raised on the ship. Relationships among humans have changed. More traditional Earthlings like Rigo’s parents believe in monogamy and marriage. But Rigo, like many of her peers on the ship, is involved in multiple relationships.

Although Open Earth is set on a spaceship and has science fiction themes, the story is centered on Rigo and the feelings she has been experiencing with one of her partners. Rigo knows she doesn’t want to be monogamous like her parents, but she has also been developing deeper feelings and has been wondering about moving into the same pod together. How would moving in with one of her partners change the dynamics of her other relationships? Would it cause friction?

Open Earth is a positive exploration of polyamory and a future where humans rely on each other for everything, especially survival. After all, the motto on the ship is "Honesty keeps us alive." Mirk took some time to talk with BUST about Open Earth, polyamory, climate change, and relationships. 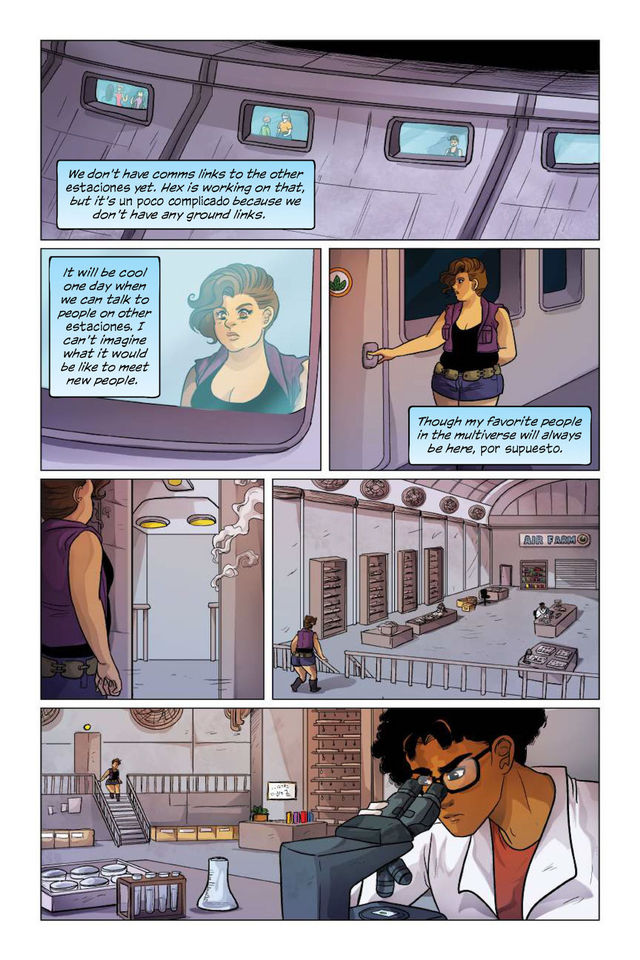 First, why did you think it was important to have one of the main themes of this story be polyamory?

In media, non-monogamy is usually not represented as a positive relationship option—especially in romance novels, where the plot is usually all about finding “the one” and having multiple partners means a character is cheating. I wanted to write a cute story that reflects the relationships and friendships I’ve experienced. Open relationships can be really positive and wonderful, though of course also fraught with lots of feelings! Also, I think non-monogamy fits with the world in the book. In a situation where there aren’t many humans left and they’re stuck on a space station, I think it’s realistic to believe that many people would explore multiple relationships rather than sticking to monogamous coupling. I thought it was really interesting how, without honesty, humanity would die, and how being honest about what you wanted was an important theme.

Tell me more about this idea of honesty and sex.

I’m glad that theme came through loud and clear! I think that honesty is the key to good relationships. Whatever I’m feeling, I have to be honest about it. Otherwise, resentment and anxiety builds up. I think being trapped in a confined space with very little privacy (like a space station) would raise the stakes immensely. For the group to work together well, there can’t be big secrets and quiet resentment festering. 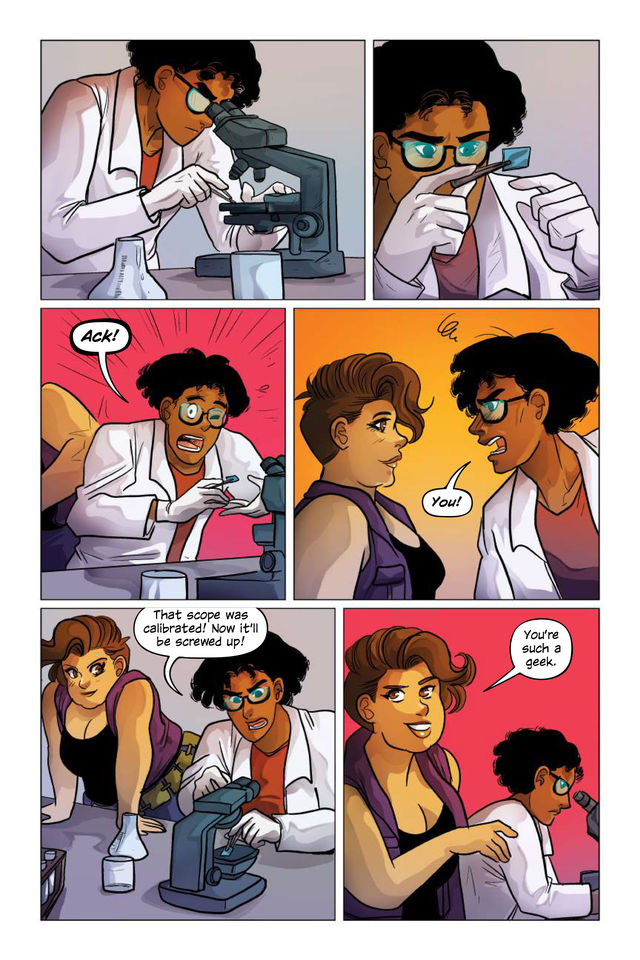 Your story was frighteningly realistic. Do you feel like our inter-human relationships need to be reevaluated if we are to survive?

I think we’d all be happier and healthier if we thought more critically about our relationships. A lot of people follow a script when it comes to relationships: find your one soul mate, get married, be monogamous, and have kids. If you’re not doing that, you’re a failure. But that’s a very narrow definition of success in relationships. It’s really important to figure out what you actually want and have the courage to seek it out. Even if you do wind up being monogamous, getting married, and having kids, it has to be an intentional choice that’s right for you, rather than just a path you think you have to follow.

You also talk a lot about climate change and why people had to leave Earth. Why did you think it was important to show humans leaving because of climate change versus, say, aliens invading?

When I think about what humanity will look like in 200 years, that reality is defined by climate change. If you just look at the numbers on how the world is changing, nothing will look the same in 200 years. Some cities will be flooded, and other cities will experience constant storms or droughts. I wanted to set this story in the future, and the future is climate change. Instead of being afraid of aliens wiping us out, I think we should all be afraid of us wiping ourselves out. 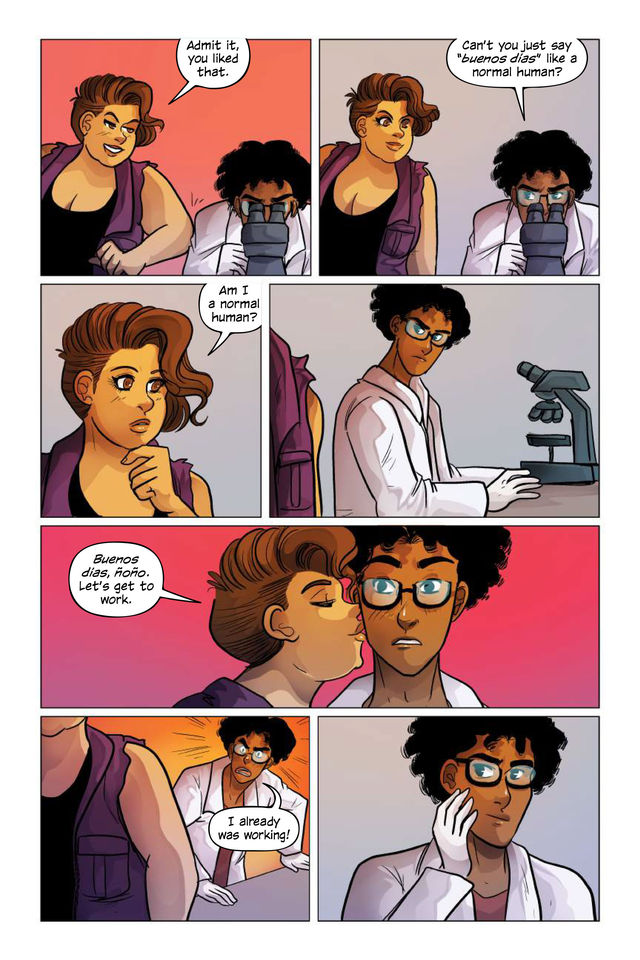 Why did you use Spanglish as the main language?

When I started thinking about this story, the seed of it was setting a romance in California in the future. What will California look like in 200 years? Well, it might not be inhabitable, so I’ve got to set the story on a space station of people who escaped the floods and fires. How will California culture evolve? Well, in California right now, 29% of the population speaks Spanish at home. I grew up in Southern California with English-speaking parents and only learned as a teenager that many of the words we used to describe everyday things—barranca, chaparral, vista—were Spanish. I can really foresee a future where, in a few generations, English and Spanish blend even more to become the common language that everyone speaks. So, writing dialogue only in English would have ignored current reality. The main character, Rigo, speaks more Spanglish than other people on the ship because her mom is originally from Guatemala, so they speak both Spanish and English together. But some Spanglish words are the norm for everyone—like how living quarters on the ship are called deptos, short for departamentos.

What do you hope audiences will get from this book?

This is meant to be a sweet, silly, romantic book. It’s just fun and sexy and hopefully interesting. I hope that people have a good time reading it and that it makes them feel affirmed in whatever relationships they want to pursue. I wanted the main character to be curvy and other characters to be skinny and not muscular, hopefully to show that people of all shapes and sizes are sexy. Also, I wanted to write a world where it was totally normal to be queer and genderqueer. Everyone in the book takes those identities as a given, their labels aren’t discussed much, people just are the way they are and it’s fine. That’s the way I hope our future relationship to gender and sexuality is going, even though humanity itself may be doomed. 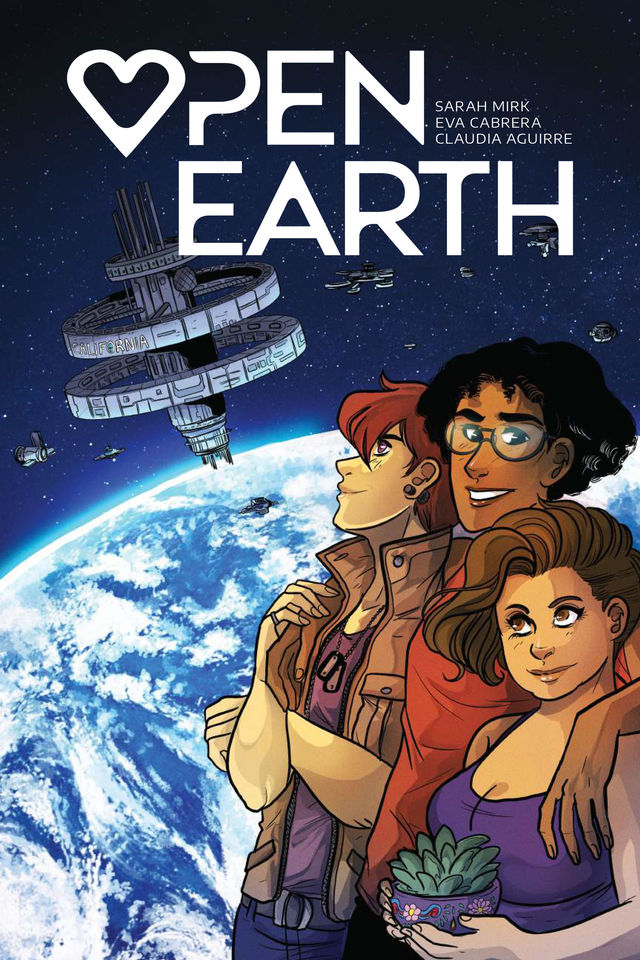 Supergirl Gets A New Origin Story In "Supergirl: Being Super"