In "I'll Be There For You," Kelsey Miller Dives Into The Complicated Cultural History Of "Friends" 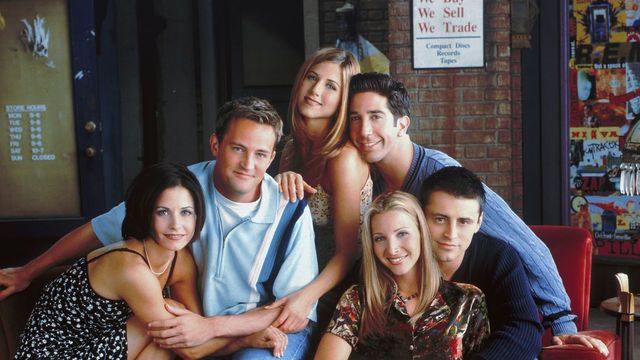 Friends premiered almost 25 years ago—and a generation later, helped along by Netflix and syndication deals, the show is as popular as it ever was. In her deeply-reported book I'll Be There For You: The One About Friends, Kelsey Miller examines the complicated cultural history of the show. Miller isn't afraid to dig into Friends' more problematic storylines—Fat Monica, anyone?—but she also examines what it is about Friends that makes it so beloved a quarter-century after it premiered (the answer? Friendship, of course—or, more accurately, the relatability and appeal of "that transitional period of early adulthood, when you and your peers are untethered from family, unattached to partners, and equal parts excited and uncertain about the future. The only sure thing you have is each other").

Miller's first book was a memoir: 2016's Big Girl: How I Gave Up Dieting And Got A Life. In the introduction, and occasionally throughout the book, Miller shares her own experience with Friends: she was a casual watcher—"a Friends fan in the way everyone kind of was"—until she began watching Friends reruns during her workouts and realized how much comfort she drew from the show, describing it as "the nostalgic escape hatch at the end of my grown-up workday." But the book is a pop-culture study, not a memoir, and Miller's own experiences aren't the focus. Instead, she draws on two and a half decades' worth of reporting on Friends; interviews with modern-day cultural critics including Chuck Klosterman, Akilah Hughes, Anne Helen Petersen; and, of course, Friends' 236 episodes. 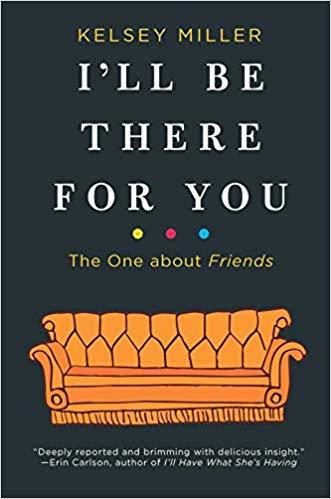 I'll Be There For You traces the Friends story loosely chronologically, following the show's casting, rise to fame, and path to cultural dominance. It's a familiar story, though told more in depth than we've seen it before, and it puts the show into its historical context—for example, looking at the impact of 9/11 on the show's storylines and longevity.

I'll Be There For You is definitely a must-read for Friends fans. But what will make the book appeal to even casual Friends watchers is Miller's nuanced examination of how Friends reflected—and influenced—the culture of the time. She shows a willingness to grapple with the show's shortcomings—and not just "how did they afford that apartment?" but the show's all-white main cast; the gay jokes; the treatment of the lesbian and trans characters; Fat Monica. Miller also looks at the lawsuit brought by Amaani Lyle, a black woman Friends writers' assistant who said she was subject to racial and sexual harassment by the mostly-white, mostly-male writers' room. Lyle lost her case when the California Supreme Court decided that the racist and sexist comments she was subjected to in the writers' room were a "creative necessity." The court decision, though now little remembered, had widespread effects behind-the-scenes that Miller connects to the #MeToo movement: "[The court] had just made Hollywood an even safer haven for people already in power to do with it what they wanted—be it a TV writer drawing pornographic doodles, or a legendary film producer setting up auditions in hotel rooms," she writes.

Friends' 25th anniversary hits next September, which means we're due for plenty of reminiscing—but it's hard to believe that any thinkpiece or retrospective will be more nuanced, considered, or better-researched than I'll Be There For You.

I'll Be There For You was released October 23.

The Complicated Feminist Legacy Of "Sex And The City"

Tags: Friends , Kelsey Miller , I'll Be There For You , books , TV , book reviews
Support Feminist Media!
During these troubling political times, independent feminist media is more vital than ever. If our bold, uncensored reporting on women’s issues is important to you, please consider making a donation of $5, $25, $50, or whatever you can afford, to protect and sustain BUST.com.
Thanks so much—we can’t spell BUST without U.