"Marharishi & Me: Seeking Enlightenment With The Beatles' Guru" Shows A Journey Through "Heavenly Hell" 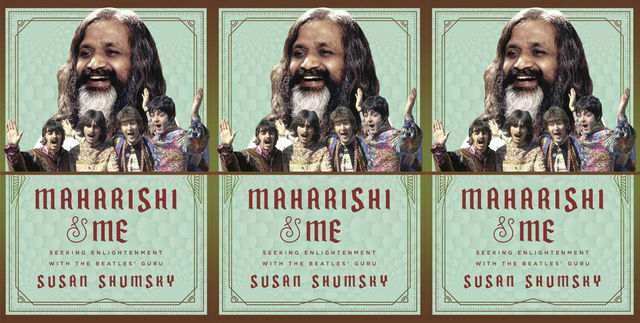 Maharishi & Me: Seeking Enlightenment with the Beatles’ Guru
By Susan Shumsky
(Skyhorse Publishing)

In 1967, 19-year-old flower child Susan Shumsky met Maharishi Mahesh Yogi, the man who popularized Transcendental Meditation in the West. Through words, pictures, meditations, and drawings, Maharishi & Me follows her journey through the “heavenly hell” of being his close disciple for a decade. And the life she describes includes a little of what all cults seem to involve: rejection, money, sex, and just a touch of the supernatural. Shumsky rubbed elbows with the Beatles, Donovan, and Mia Farrow until her eventual departure from the Maharishi. It was an experience she describes as less of an “I gotta get the eff outta here!” moment, and more of a gradual weaning from the Maharashi’s spiritual teat. (4/5)

By Whitney Dwire
Maharishi & Me was released February 6, 2018
This article originally appeared in the October/November 2018  print edition of BUST Magazine. Subscribe today!